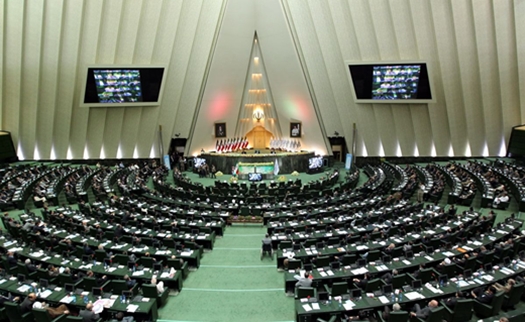 The reformist Etemad Daily in an article has examined the results of parliamentary elections held earlier on Friday, February 26, across Iran, suggesting that the new parliament would witness a fair combination of reformists, conservatives, and independents

Here is the full article:

Elections and ballot boxes in Iran have always been a “button” to change the officials and authorities in those offices whose members are directly elected. It has been its function; it gives the political power to certain people, and takes it from others. The national parliament is not an exception.

The Iranian parliament (known as Majlis), at least in the past three decades, has been home to both the reformists and the conservatives. It once was the house of the left-wingers, and once hosted members of the right wing. One day, reformists practiced politics in this house, and another day, the conservatives.

There are numerous examples of such exchanges of power in the modern Iranian parliaments. The same thing happened on Friday once again. Through people’s votes, the parliament’s formation was changed; this is the very thing conservatives were afraid of.

Now that the results are officially released in Tehran and other provinces and constituencies, it became clear that Iranian people do not want a homogeneously conservative parliament. This was why they went to the ballot boxes and voted for the “List of Hope” – the reformists, moderates, and even a few conservatives who supported the government of incumbent President Hassan Rouhani. People ruled that the reformists should also have a brotherly and major share in the management of the 10th parliament.

Given the results of Friday polls – based on which at least more than 80 members of the List of Hope have made it to the parliament in different Iranian cities including Tehran, where all the 30 seats were taken by the pro-government list – one should say that the reformists returned to power using the “moderation formula”.

The current number of pro-government candidates elected for the next parliament can be increased when the other reformist hopefuls – over 20 candidates – win the run-off elections due to be held probably in early April. Based on media reports, these hopefuls will have a great chance in the run-off.

On the other hand, more than 30 conservatives close to current Parliament Speaker Ali Larijani, who were all left out of the Great Coalition of Principlists, made it to the parliament, and they have 16 other hopefuls who can win the run-off elections.

Therefore, it is predicted that the tenth parliament would be formed by three powerful minorities with almost equal number of members. The three strong minorities include the fractions of Hope, conservatives, and independents.

On the other hand, given the presence and success of such moderate conservatives as Kazem Jalali and Behrouz Nemati in the List of Hope, and considering the moves by opponents of Ali Larijani in Qom in tainting his image, it does not seem unlikely that the reformists, moderates, and conservatives close to Larijani would form a stronger coalition than that of the conservatives. Therefore, it should be noted that the current atmosphere in the Iranian politics and the 10th parliament will not be similar to any of previous parliaments. This time, no political movement will hold the majority and have a full supremacy.

An 80-percent change in the formation of the new parliament indicates that the conservatives lost the “second step” in the same way as they had lost the first one to reformists and moderates. However, Ali Larijani and those who were disappointed with the conservatives’ electoral list will create even more difficult days for the right-wingers.

The 10th parliamentary elections indicate a change in 80 percent of previous parliamentarians, the return of reformists and the rapprochement between Larijani and the reformism-moderation camp. This suggests that the time is over for a parliament mainly formed of conservatives, and people’s votes are changing this formation.

Now the reformists, who had already opened a new chapter of politics in 2013 (presidential elections), have got the green light from the Iranian nation, and are coming to realize that their voluntary isolation in the previous parliamentary elections (2012) was a strategic mistake.

On the other hand, given the harsh defeat of anti-government hopefuls, it is known that the only way to succeed in politics is through the ballot boxes.

The February 26 elections were similar to May 23, 1997, when the current leader of reformism in Iran Mohammad Khatami won the presidential elections. People’s Friday votes took parts of the parliament from the conservative camp and bestowed them to the reformists. These elections brought the reformists back to the scene, and this is why we should say the 10th parliament will be no similar to any of previous ones.

Countrywide parliamentary polls and Assembly of Experts elections were held in Iran simultaneously on Friday.

Almost 34 million of some 55 million eligible voters, around 62%, cast their ballots at around 53,000 polling stations across the country.

4,844 and 161 candidates were running for the parliament and the Assembly of Experts, respectively. 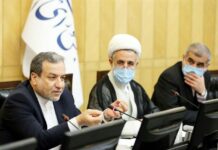 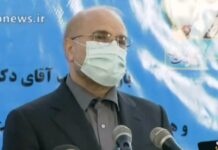