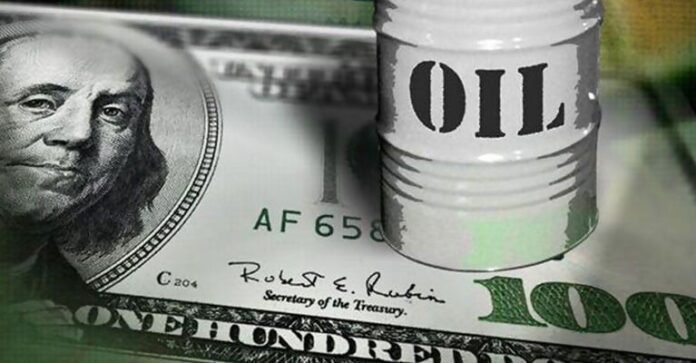 US President Trump’s decision to pull the US out of the Iran nuclear deal has reinstated a number of sanctions that have put the petrodollar under threat.

The US’ withdrawal from the deal led to international condemnation, with European and Asian countries continuing to honour the agreement and trade with Iran. China will be one of the biggest beneficiaries of the US’ sanctions against Iran. China launched its Yuan-backed oil futures in April as part of its policy to expand the currency’s influence. Now that the US sanctions will affect Iran’s oil dealings, China will be able to continue expanding its influence by buying Iran’s crude exports.

A petrodollar is any US dollar that was used in the purchasing of oil. Most oil purchases by OPEC member states, Russia, and Canada are paid for in dollar. With “Petroyuan” now in play, which Russia will most likely support, the petrodollar will have its first serious contender in the oil market.

Iran already agrees with the idea of accepting Yuan as payment for oil exports. Even before the US removed itself from the Joint Comprehensive Plan of Action (JCPOA), Tehran declared that it prefers to trade in currencies other than the dollar, which Iran has little to no access. FXCM published a long-form article on the petrodollar, which discussed how Iran sought payment for signed oil contracts in Euros instead of dollars in 2016. Now, apart from Euros, the country has a major currency backing its oil exports in the form of Yuan.

In April, the Iranian government signed a deal with Russia to conduct all of its business transactions in goods rather than in dollars in order to lessen the influence of the US sanctions.

Iran’s economy suffered greatly when the UN placed sanctions against the country’s exports. The sanctions restricted Iran’s dealings with UN member countries, and it could only sell its oil to a select few nations.

In January 2016, Tehran announced that the country had adequately dismantled its nuclear weapons program, allowing the UN to lift the sanctions immediately. Except for the US, other UN member states will still honour the lifting of the sanctions, and will not follow Washington’s footsteps in carrying out its restrictions against the Iranian oil.

Germany, one of the most prominent countries supporting the continued lifting of the sanctions, said that it will defend its companies that are transacting with Iran. France is also staying close to Iran. Total – one of the 7 major oil companies in the world headquartered in Courbevoie – has a contract with South Pars gas field. In addition to both countries’ interests in dealing with Iran, the greater European region is the biggest buyer of Iranian oil.

To strengthen its position in the Middle East, China will most likely boost its investments in Iran. The country, after all, is part of China’s “One Belt One Road” initiative, which is a development strategy that focuses on the connectivity and cooperation between Eurasian countries, primarily China, the Silk Road economic belt, and the Maritime Silk Road. Buying Iran’s oil with Yuan fits the initiative’s objectives.