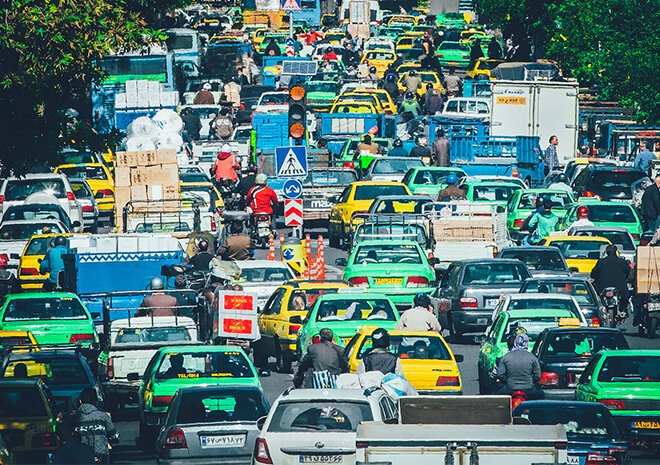 The newly launched traffic scheme has reduced traffic jam by 30-35 percent in the capital, Mardan Heidari, an official with traffic and transport affairs at Tehran Municipality has announced.

Tehran Municipality has prepared a new traffic scheme for the capital in an attempt to address persistent air pollution and traffic congestion in the metropolis, which went into effect on June 22.

The scheme replaced odd-even traffic scheme in the city, a plan that, according to many experts, was unsuccessful in achieving its goals of reducing traffic or air pollution.

For many years the city center has been closed to all cars except for a certain number of cars which have permits issued by the municipality as well as public transport means. And the odd-even traffic scheme, as a method of rationing in which access to the streets for private vehicles is granted on alternating days, according to whether the last digit on their license plate is even or odd, was being implemented in zones far from the city center from Saturday to Thursday (Fridays and public holidays excluded).

The new traffic scheme, aims to cut the emission generated by the vehicles mostly in traffic-congested areas especially during the peak periods or during peak pollution events, except for public transportation, including taxis and buses.

All vehicles, regardless of their registration numbers, are allowed to enter the traffic zones 20 days during each season (80 days all year round) for free without paying any fees and those who are planning on entering the zone more should pay taxes to the municipality.

Recent statistics indicate that the newly initiated traffic scheme has been effective decreasing traffic congestion by 30 to 35 percent over the past few days, Heidari noted, ISNA reported on Friday.

Given that traffic is a complex and multifaceted category, with various factors affecting the traffic behavior of citizens, but one should not ignore a few basic points, he said, adding, citizens can manage their trips at a lower cost, considering that fees differ in peak hours and non-peak hours.

However, traffic jam decline in recent days can be attributed to various factors, such as closure of schools and educational centers, raised temperature and, most importantly, citizens being more cautious toward the new scheme, he said.

He went on to add that a significant reduction in traffic jam compared to few past weeks and the same period last year represents a major social issue that citizens realized that works can be done without using a personal car.