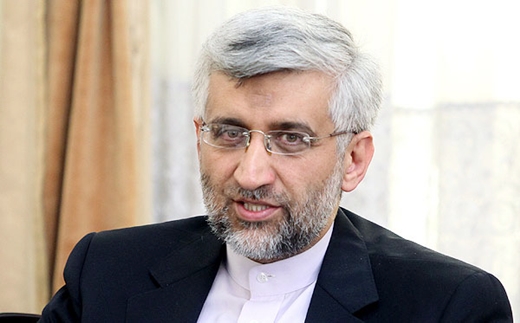 Saeed Jalili, a member of Iran’s Expediency Council who is running for president, says negotiation is not the only way forward to remove anti-Iran sanctions.

Jalili also touched on his role as the Iranian negotiator in the pre-2013 talks with western powers, saying he does not oppose negotiations.

However, he said it would be wrong to put all eggs in one basket and wait for negotiations to resolve all problems. Jalili said the same is true “if we give ground and get unwarranted promises, in exchange.”

“Our country should not be awaiting blessings by murderers of Qassem Soleimani,” Jalili said, in a reference to the assassination of the former commander of the Quds Force of the Islamic Revolution Guards Corps by the US in Iraq.

“A wrong approach and a weak performance cannot raise the country to the apex it expects. A wrong approach means we settle for the minimum, say we resolve today’s problems and do not have a plan for the future.”

The former secretary of the Supreme National Security Council also said enemies should be divested from sanctions, which they use as leverage. He said he has plans to neutralise sanctions, including by the power of advanced technology. Jalili stressed that enemies should come to regret imposing sanctions on Iran.