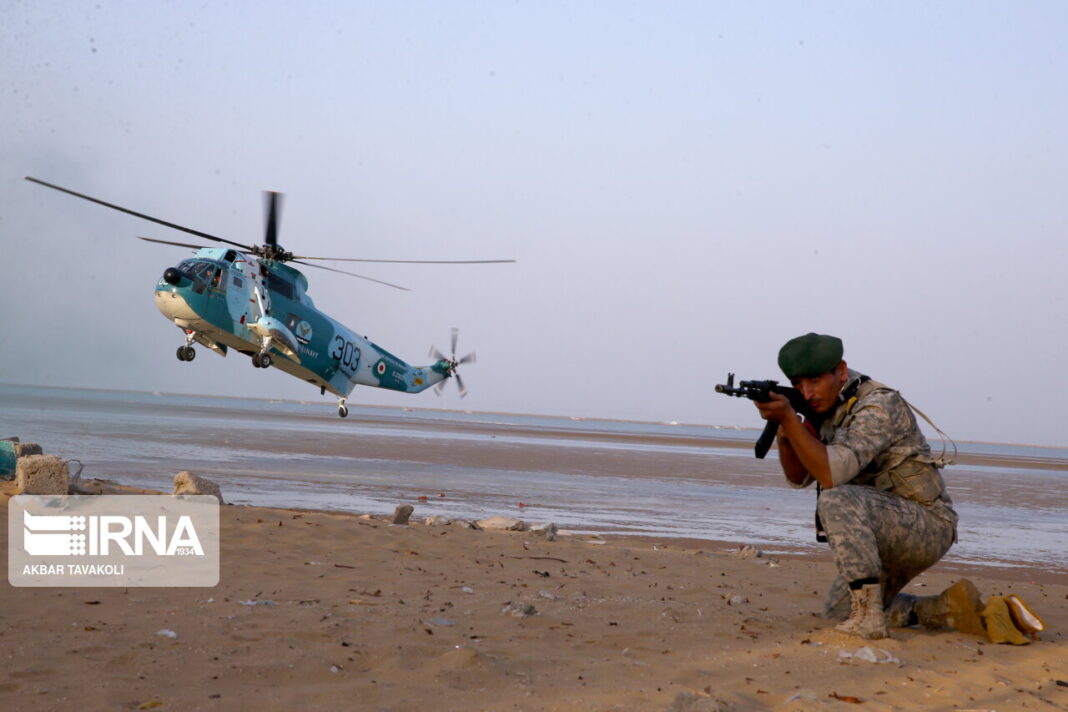 Iran’s Army Navy commander has reiterated the country has the upper hand on the battlefield in case of confrontation with enemies.

Speaking on the sidelines of holding Iran’s Army Military Exercise dubbed “Zolfaghar 1400” in the southeast of the country, Rear Admiral Shahram Irani noted that coordinating among armed forces of the country and transferring technical know-how and knowledge to young individuals is the main aim of the military exercise.

Showing capabilities of the Armed Forces and in particular, the army’s strategic forces in ensuring the security of the country’s interests as well as familiarizing young personnel with the real scenes of battle are among the other objectives of holding this large-scale military exercise, he added.

Today, the Islamic Republic of Iran has the upper hand to face an enemy on the battlefield, he reiterated.

Monitoring of the country’s airspace and general training area in the southern part of the country by the Air Defense Forces of the Islamic Republic of Iran, as well as combating hostile targets are among the targets of the ‘Zolfaghar 1400’ joint exercise