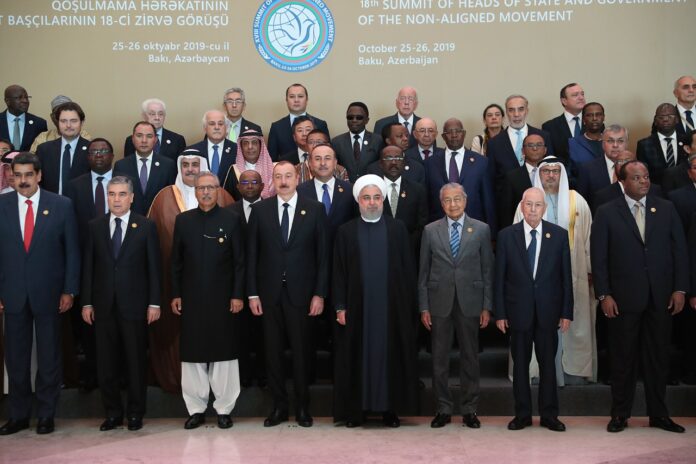 The leaders of sixty member states of the Non-Aligned Movement, including Iranian President Hassan Rouhani, have convened in the Azeri capital of Baku for the 18th NAM Summit.

The Non-Aligned Movement (NAM) is a forum of 120 developing world states that are not formally aligned with or against any major power bloc. After the United Nations, it is the largest grouping of states worldwide.

During the Summit the Republic of Azerbaijan will take over the presidency of the Non-Aligned Movement for the next three years.

The Iranian president arrived in Baku on Thursday to attend the summit at the official invitation of Azerbaijan’s President Ilham Aliyev.

On the sidelines of the meeting, President Rouhani has so far held separate meetings with Aliyev on Thursday and Venezuelan President Nicolas Maduro on Friday.