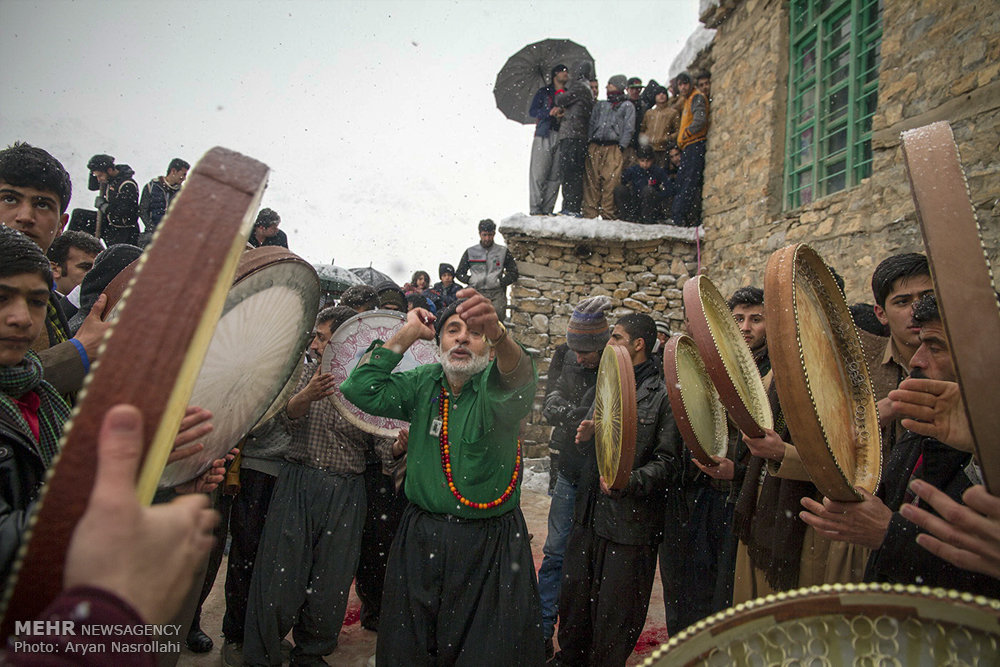 Pir Shalyar is a three-day ancient ceremony held twice a year in Western Iran in mid-spring and mid-winter. Attending the mystic ceremony is of great significance, and many tourists from Iran and abroad make their way to the city each year.

Ouraman Takht, a small town with a population of 2,000, lies near the city of Sarvabad in Iran’s Kordestan Province. It is known for its history, and for its Pir Shalyar ceremonies.

Ouraman seems to be as old as time itself – documented sources show it dates back to more than 1,300 years ago.

Based on locals’ claims, the ceremony has been performed for nearly 900 years. Every year in February, on the last Wednesday before the half-moon, the marriage of Pir Shalyar is re-enacted.

This ceremony is one of the oldest traditional celebrations in Iran, and has its roots in mythological beliefs and ancient religions.

The ceremony includes the sacrificing of sheep, playing the daf [a tambourine-like drum], special dancing, eating Ash [a traditional stew], then reading poetry and praying during an overnight vigil.

Here are Mehr’s photos of this year’s ceremony: