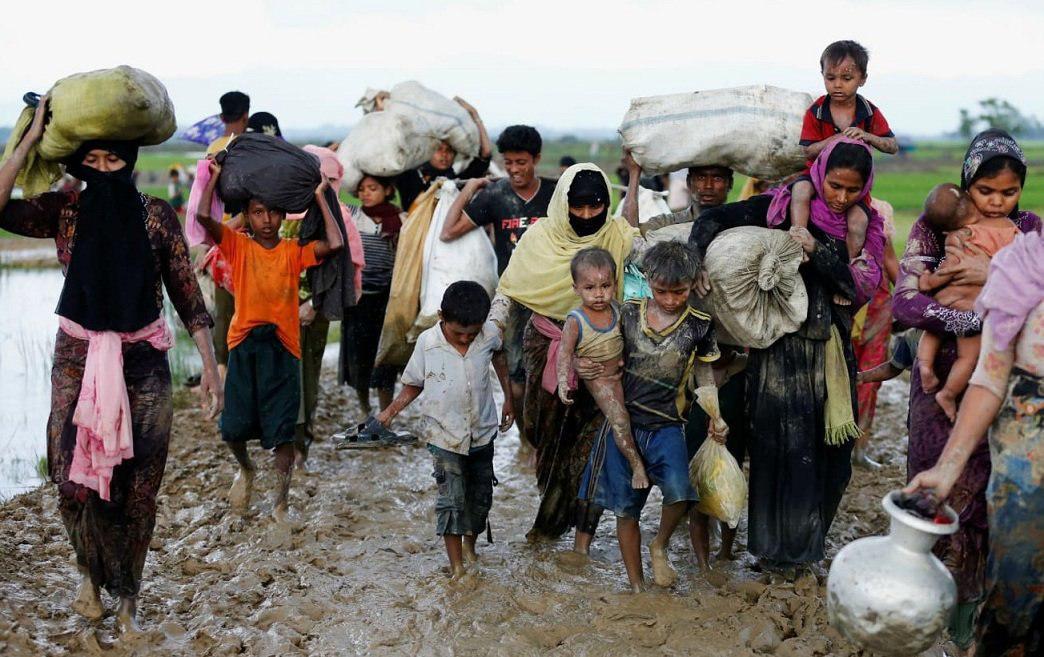 Iran’s envoy to the UN on Thursday strongly condemned the ongoing violence against the Rohingya Muslims, and urged the world to combat the growing extremism and intolerance that has resulted in such plight.

“The recent tragic events unfolding with regard to the Rohingya Muslims in Myanmar is another situation where innocent people are falling prey to the evils of intolerance and extremism,” Iran’s Ambassador and Permanent Representative to the UN Gholamali said.

“We strongly condemn the ongoing violence against the Rohingya Muslims and call for its immediate end. Hundreds of innocent people have lost their lives and hundreds of thousands of people have been forced to flee their homes.”

“The United Nations […] has been created to save humankind from the scourge of war. Thus, this organization bears a paramount responsibility to combat the evils of extremism and terrorism as well as to promote peace and a culture which nourishes, supports and sustains it,” he added.

Khoshroo referred to unilateralism and coercive measures in international relations as the cause of instability, insecurity and expansion of terrorism and extremism, and said, “The successful cases where diplomacy has proved to be effective, such as the JCPOA, should be regarded as patterns of action in international affairs.”

“No one should be allowed to beat the drum of threat and to ridicule the international community. The failed and violent experiences of the past should not be repeated,” he went on to say.

“The Middle East region has turned into an exhibition of modern and deadly weapons,” he said, adding that each of those weapons cause a scar on the feeble body of peace.

“It is in such circumstances that extremism finds a fertile ground to expand and violence becomes the only possible means of interaction,” he noted.

“We have to combat cultures of unilateralism and extremism simultaneously. When the so-called ‘alliances’, in parallel with terrorist groups, pour bombs over sacred places, schools and hospitals they suffocate the culture of peace with their iron hands.”

He finally referred to the idea of ‘A World against Violence and Extremism (WAVE)’ proposed by the Islamic Republic of Iran to the UN General Assembly, and once again invited all peace-loving nations to close ranks for the cause of peace.