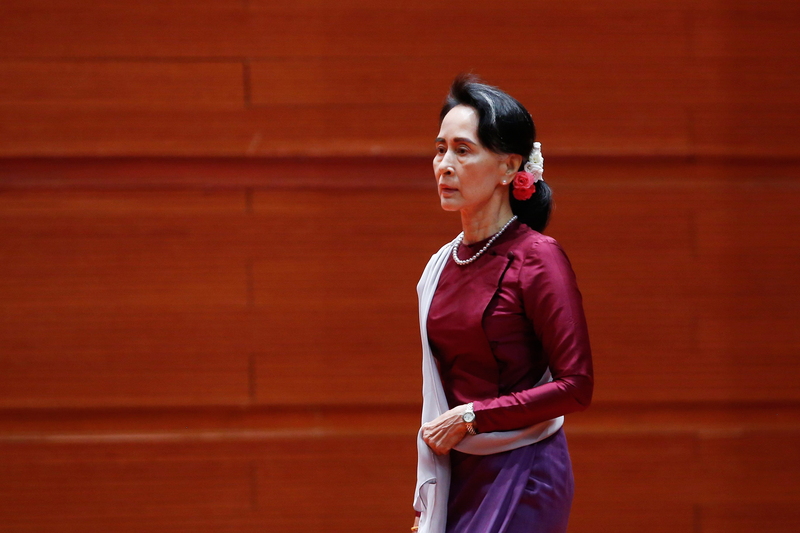 Aung San Suu Kyi, the foreign minister and de facto leader of Myanmar, has been named the 2017 International Islamophobe of the Year for her country’s atrocities against Rohingya Muslims.

Between 2,000 and 3,000 Muslims were killed in Myanmar’s Rakhine state in the last three days, according to the European Rohingya Council and more than 617,000 Rohingya Muslims were forced to take shelter in neighbouring Bangladesh.

The annual Islamophobia Awards by the London-based Islamic Human Rights Commission hosted the representatives of many NGOs and Muslims. The program started with recitation from the Muslims’ holy book of Quran.

In the “United Kingdom” category, the Islamophobe of the year was announced as Tommy Robinson – the former leader of the fascist English Defense League (EDL) – who is infamously known by his anti-Islam views.

The Islamic Human Rights Commission is an “independent, not-for-profit, campaign, research and advocacy organization”, established in 1997.