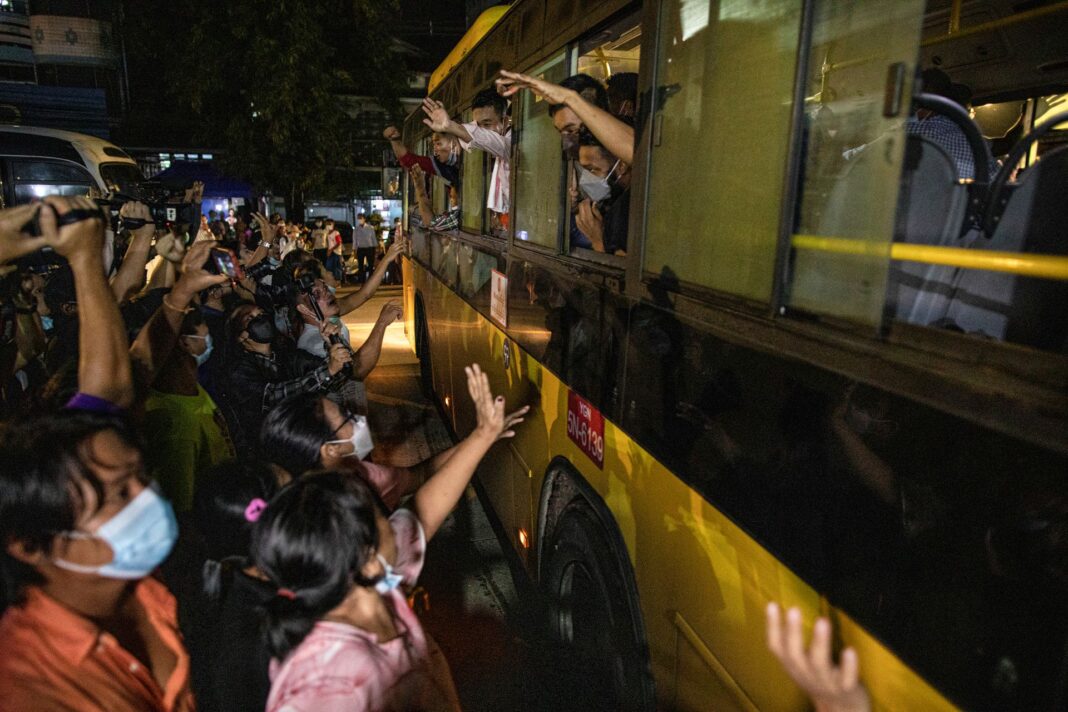 Myanmar's military government is to release thousands of political prisoners jailed for protesting against a February coup that removed the civilian government. It has announced plans to free over 5,600 prisoners.

More than 5,600 prisoners in Myanmar will be released by the military junta which seized power earlier this year.

Videos and pictures from the country showed tearful reunions as those who had been detained were reunited with their loved ones.

An announcement on state television said the move was part of an amnesty for those who protested against the coup earlier this year, in which the democratically elected government of Aung San Suu Kyi was deposed.

However, observers say the move was due to pressure put on the dictatorship by the Association of Southeast Asian Nations (ASEAN).

Bus-loads of people were taken outside the gates of the compound to waiting crowds, after the release was announced by state television.

It added that 1,316 convicts were freed and charges against 4,320 people were suspended.

The Assistance Association for Political Prisoners says that at least 9,043 people have been arrested since the coup, and 7,355 remained in detention when the amnesty was announced.

Suu Kyi is still being held in detention.

After her government was toppled, there were extensive demonstrations in Myanmar against the new regime.

Estimates place the death toll in the wake of the takeover at around 1,000 – a figure the junta says is exaggerated.

ASEAN recently snubbed the junta by inviting a non-political representative from the country to the upcoming summit of the organisation, as opposed to a member of the government.

ASEAN laid out a five-point roadmap for Myanmar to follow, but made the decision to shun the current administration after they failed to commit to the plan.

In response, Min Aung Hlaing, who led the coup in February, reiterated the junta’s own five-stage plan to restore democracy.