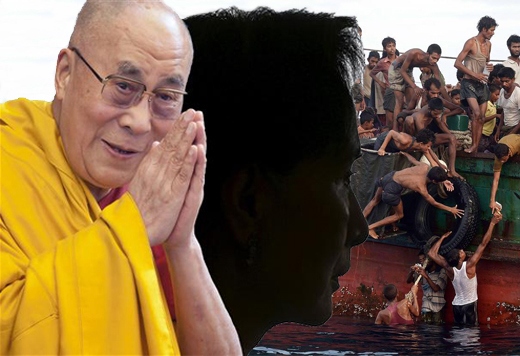 The Rohingya Muslims have often been driven from their homes, because officials in Yangon do not recognize their civic rights and claim that they are Bengalis who should return to Bangladesh.

So far this year around 25,000 people, about half of them Myanmar’s minority Muslims who could no longer stomach oppression at home at the hands of majority Buddhists, have set sail in the Indian Ocean in search of a better life overseas.

Mehr News Agency has filed a report on the plight of Rohingya Muslims who are adrift in an ocean which has turned into a watery grave for many who die of disease, thirst and starvation.

The following is the translation of an excerpt of the report:

Bangladeshis who are fleeing poverty in their country account for almost 50 percent of these refugees stranded at sea; Rohingya Muslims who are viewed as non-existent by Myanmar rulers make up the other half.

The Rohingya Muslim population who numbers around 1 million and lives in the western State of Rakhine has been subjected to injustice for decades. They have often been driven from their homes, because officials in Yangon do not recognize their civic rights and claim that they are Bengalis who should return to Bangladesh.

The injustice to Rohingyas dates back to the 19th century. […] But enforcement of restrictive laws by the government last year set the current exodus in motion. Under the new laws, those who could provide evidence that their ancestors took up residence in the country prior to the 1948 independence of the country would be regarded as second-class citizens; otherwise they had to move to camps to await expulsion.

Presently, as many as 100,000 Rohingyas live in such camps and twice as many live across the border as unwelcome guests in Bangladesh. Although the government has yet to make good on its expulsion threat, many undocumented Rohingyas have already fled the country. In October and November alone more than 14,000 set out for Thailand in hopes of getting asylum from Malaysia there.

In late May, Bangkok, Thailand hosted a regional summit to discuss the migrant crisis. At the gathering attended by senior officials from 17 regional countries, a senior UNHCR official said in the absence of fundamental measures to target the root cause of the problem, no solution should be expected to come out of the summit.

The UN official said a solution to the migration crisis in Southeast Asia hinges on responsible measures by Myanmar as far as all its citizens are concerned and that recognition of civic rights should be the ultimate objective.

Myanmar, which attended the summit reluctantly, denied allegations that mistreatment at the hands of the government is to blame for the migration of Muslim Rohingyas. Its delegates argued that the international community has been fed misinformation about what triggered the exodus and that the actions of the Myanmar government are all in line with judicial regulations of the country.

The Myanmar government is not the only culprit in this injustice against the Muslim minority. Nobel Laureate Aung San Suu Kyi, who for years was viewed as a national hero in defying the country’s military dictatorship, has closed her eyes to such injustice too.

The opposition leader, who is supported by the US and Britain, usually refrains from adopting any official stance on ethnic violence in her country. Recently she told reporters the issue of migration is for the government to solve. She declined to answer questions about violence against Muslims. 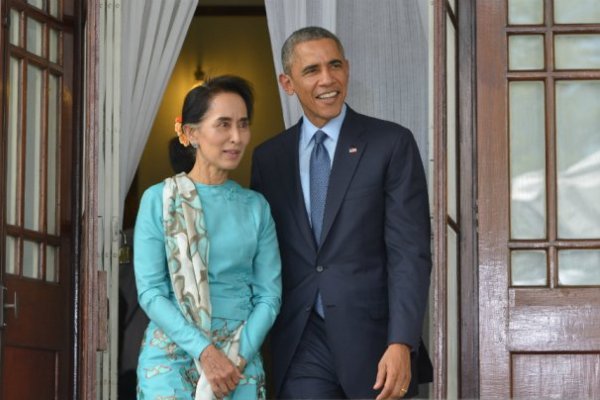 Probably, her failure to react has to do with her political future. People of Myanmar go to the polls to elect a new parliament in November. She fears her support for minority Muslims might alienate the Buddhist majority.

Aung San Suu Kyi’s silence is so unforgivable that the Dalai Lama, the spiritual leader of the Tibetan Buddhists, has urged her to do more to help protect the persecuted Rohingyas.

The upcoming elections are unlikely to solve the problems the Muslim minority in Myanmar grapples with, because the interests of whatever government that comes to power are intertwined with the Buddhists among whose ranks hostility toward Muslims is institutionalized. As long as there is no major change, the Indian Ocean will continue to extend a not-so-warm welcome to Rohingyas and swallow them up.