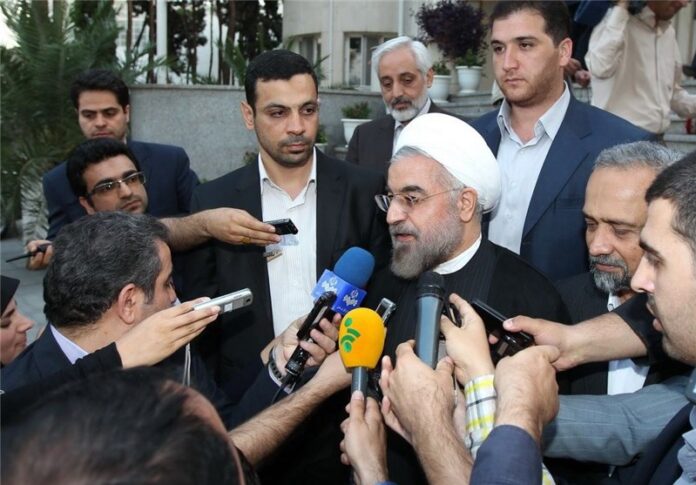 Iranian President Hassan Rouhani said the heads of the member states of the Organization of Islamic Cooperation (OIC) plan to hold a separate meeting in Kazakhstan about the ongoing “human tragedy” in Myanmar.

Speaking to reporters in Tehran on Saturday before his departure for the Kazakh capital of Astana, Rouhani said on the sidelines of the First OIC Summit on Science and Technology, the heads of state will examine conditions of Rohingya Muslims in Myanmar.

“Today, a major human tragedy and ethnic and ideological cleansing is taking place in Myanmar and hundreds of thousands of Muslims have been displaced in this region,” he said, adding that the Muslim world cannot remain silent on the measures taken by the Myanmar government.

He further emphasized that international organizations should impose pressure on the Myanmar government and army to prevent the oppression of the Rohingya Muslims.

Heading a high-ranking delegation, President Rouhani left Tehran for Astana to take part in the First OIC Summit on Science and Technology due to open in the Kazakh capital on Sunday.

Rouhani is slated to deliver a speech at the OIC summit and meet with some heads of state of the Muslim countries during his two-day visit to Kazakhstan.