Mr. Erdogan! You are to blame for the Syrian refugees 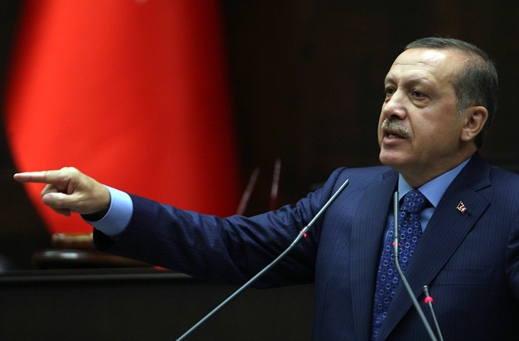 The Turkish president has claimed that Iran is to blame for a large influx of Syrian refugees who are fleeing their hometown. An Iranian daily has responded to Erdogan's baseless claims.

In the final hours of Sunday, the Turkish president – in an interview with CNN – made baseless claims to set the stage for himself and his inner circle to play a blame game [as far as the migrant crisis goes]. Several times during the interview, he said that Iran is responsible for the migrant crisis in Europe. As for the migrants, he mainly meant the Syrian migrants.

The International Shia News Agency (Shafaqna) on September 8 published a report on Turkish President Recep Tayyip Erdogan’s interview and the reaction his groundless claims have drawn in Iran. In one such reaction, Shafaqna quoted Ghanoon newspaper’s Arman Irani as criticizing Ankara for its past policies on the Syrian crisis and on the acts of terror by ISIL. The following is the translation of that report:

Mr. President! As far as the world public opinion can remember, Turkey has served as a gateway for the ISIL terrorists to cross into Iraq and Syria over the past few years. Whenever Western officials announce that their nationals have joined the terror ISIL group, the story ends up in revelations that airports in Istanbul or Ankara have been the place where the passports of those who join ISIL have been given the final stamp and that they get to Iraq or Syria via the safe routes Turkey offers them.

In the capacity of prime minister and then president, you and your government have always helped ISIL. What has happened now that you allow yourself to hold Iran accountable for the Syrian refugees? Isn’t it because of the fact that the Islamic Republic of Iran has over the past years supported the legitimate elected president of the Syrian nation? Has Iran rolled out the red carpet for the terrorists to help them enter Syrian and Iraqi soil?

Take a look at the security problem in the country you are leading. Hardly can you find a day in which news of a terrorist attack in Turkey is not reflected in the world media. You have ensured the security of the terrorists at the expense of tourists’ security, and now Turkey’s currency – lira – is declining by the day.

As you are trying in your own presidential complex – [the Ak Saray or] the White Palace – to do what it takes to change the constitution only to bolster the presidential powers, the Turkish people are denied calm on fears of terrorist attacks, a bus explosion or the onslaught by terrorists. Over the years we have repeatedly heard from media outlets that you are dreaming of reviving the Ottoman Empire, but you know better than anybody else that the Ottoman Empire has become history and you cannot inject fresh life into the expired Ottoman Empire through CPR [Cardiopulmonary resuscitation].

How did you treat the winners of the recent parliamentary elections? Why don’t you stand to see your opponents have seats in parliament? Are you afraid of the popularity of Salahaddin Demirtas [a Kurdish leader in Turkey]? What have the Kurds done wrong in Turkey? Isn’t it true that they should be involved in the democratic process in Turkey thanks to their identity and the ID Cards they bear?

Read your interview with CNN once more. “[…] I talked to them (leaders in Iran and Russia) about this. […] They are giving him (Assad) arms support, financial support, allowing this administration to continue, and they are trying to get rid of the opposition there       .

“[…] Is not Daesh (ISIL) in cooperation with the [Syrian] regime right now? ISIL’s biggest support right now is the [Assad] regime, and those who make the effort to keep this regime standing are the ones who carry this responsibility.”

Mr. Erdogan! Is Bashar Assad a supporter of ISIL? Do you think the legitimate Syrian president is supporting a group which has threatened the security of the territory under his rule? One more time I ask you: who is responsible for importing ISIL terrorists to Syria? Do they [the terrorists] come from the heavens or they unworriedly cross the borders of the neighboring country [Read Turkey] into Syria?

Mr. Erdogan! Where is your old loyal friend now? I mean former President Mr. [Abdullah] Gul. What happened that you two were divided? Can you tell CNN about the reasons you and Abudllah Gul parted ways?

[He was] a modest man who preferred to keep silent than stand up to the authoritarianism of his long-standing friend. You have almost turned Turkey into the prison of reporters. A large number of reporters who oppose you are now behind bars. What kind of democracy is it that no one is allowed to criticize your performance?

Over the past few years, you have barred many political parties and groups in Turkey from doing peaceful activities. This comes as you are of Georgian origin. Does Kemal Kilicdaroglu, the leader of your government’s opponents, have a stronger Turkish background or you? What about Demirtas? Why don’t you let them carry out their political activities more easily? You have also imposed total limitations on Fethullah Gulen. Abdullah Ocalan too has been imprisoned.

At the end, I echo remarks by Mr. Kilicdaroglu, the leader of the Republican People’s Party. He said that footage has been released which features boxes full of bombs being transferred at the border. “I watched [it]. It is not possible to hide it. It was not humanitarian aid loaded in the trucks.” He added that the Erdogan government sends weapons to the Syrian rebels.

[In May, the Turkish media released video footage showing arms and ammunition in Syria-bound trucks belonging to the National Intelligence Organization (MIT) which were stopped by gendarmes and police last year.]

Now [you tell me] who is responsible for the displacement of the Syrian people?