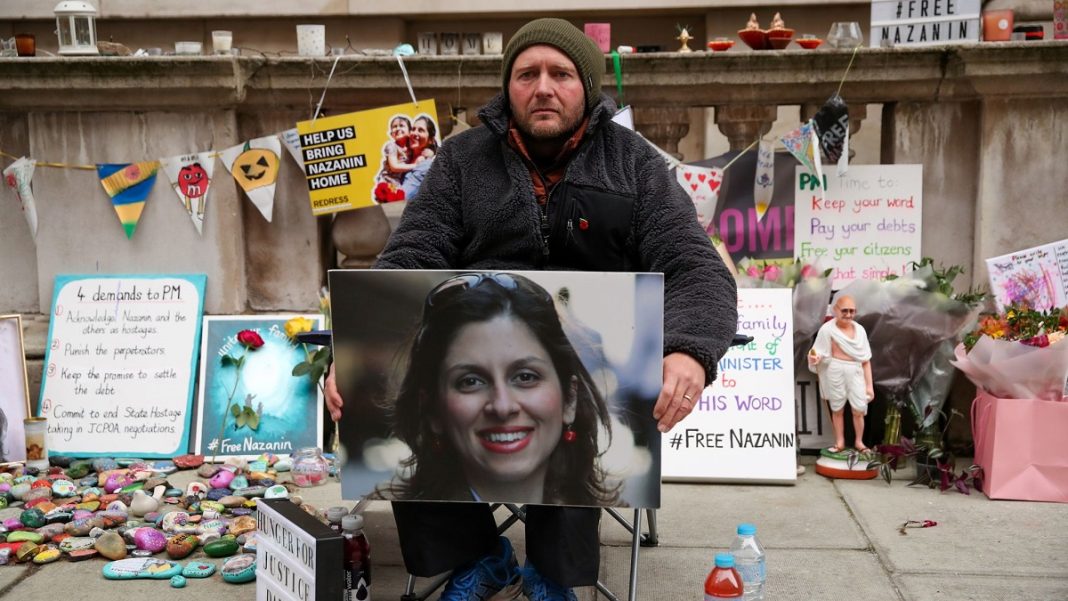 The British-Iranian national being held in Tehran, Nazanin Zaghari-Ratcliffe, has had her British passport returned, her MP in the UK Tulip Siddiq says. Officials in Tehran have yet to confirm the report.

The MP for Hampstead and Kilburn tweeted: “I am very pleased to say that Nazanin Zaghari-Ratcliffe has been given her British passport back.”

“She is still at her family home in Tehran. I also understand that there is a British negotiating team in Tehran right now,” the MP continued, adding, “I will keep posting updates as I get them.”

A British-Iranian dual national, Zaghari-Ratcliffe, has been in custody in Iran since 2016 after being accused of being a spy. She was taking her daughter to visit family when she was arrested at Tehran Airport and sentenced to five years in jail, spending four in Evin Prison and one under house arrest.

According to her family, she was told by local authorities that she was being detained because of the UK’s failure to pay an outstanding £400m debt to Iran.

Tehran announced that the issue of paying off Iran’s debt by the UK government has nothing to do with the case of Zaghari-Ratcliffe, an Iranian national who has been jailed in Tehran for spying for London.

Iranian officials have criticized the British government for repeatedly delaying the payment of its debt to Tehran up to the present time.

Her husband Richard Ratcliffe has been outspoken in calling for her release, including camping outside the Foreign Office in London on a three-week hunger strike in November 2021.

Sacha Deshmukh, Amnesty International UK’s chief executive, warned that the latest reports should be treated with caution as there had been “false dawn after false dawn” in the long-running process.

He said, “We sincerely hope these reports are correct.”

“The detainees and their families have been suffering for years, and a resolution can’t come quickly enough,” he added.