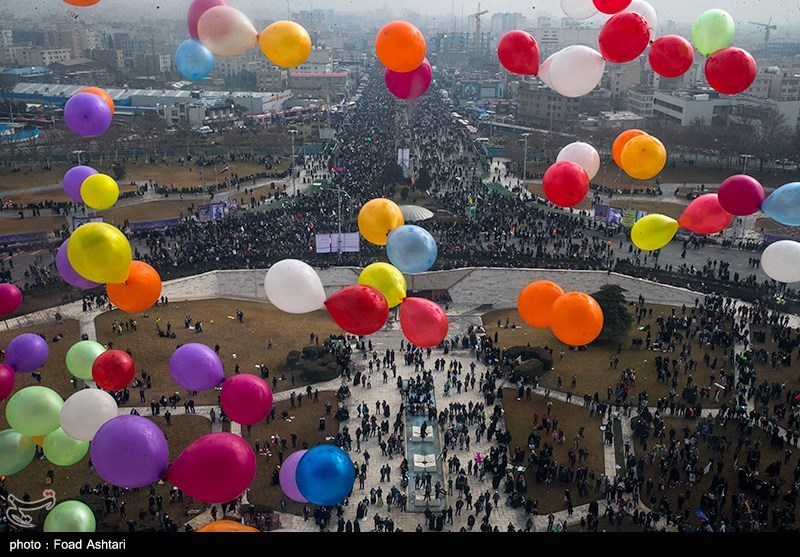 Iranian people in different cities and towns poured into the streets on Friday and held massive rallies to celebrate the 38th anniversary of Iran’s 1979 Islamic Revolution.

In February 1979, the Islamic Revolution led by the late Imam Khomeini toppled the US-backed Pahlavi monarchy and set the stage for the establishment of the Islamic Republic of Iran.
Iranian people annually celebrate the anniversary of the victory in massive demonstrations in which anti-arrogance slogans are usually chanted.
Here is a selection of photographs taken by various news agencies during the mass rallies around Iran on Friday, February 10: