Millions of Hectares in Iran to Be Planted with Saplings 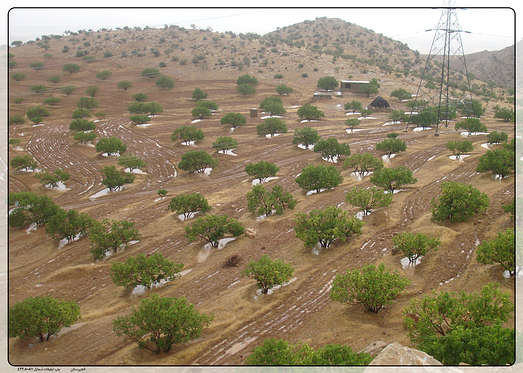 Plans are underway to turn millions of hectares of land across Iran into green areas to tackle dust pollution.

Head of Iran’s Crisis Management Organization Esmaeil Najjar says some 7.5 million hectares of land will be planted with saplings in order to tackle pollution caused by dust particles.

He made the comment at a meeting of the Crisis Commission in southeastern Sistan and Baluchestan province, according to a Farsi report by IRNA.

“3,500ha of the 7.5 million hectares scheduled to be planted with saplings are located at the centres of dust pollution,” he said.

Under the law, he added, the government is authorised to allocate to the project a total of 5 percent (3% for preventing and 2% for tackling the pollution crisis) of the budget appropriated for provinces.

He said billions of rials in funding have also been allotted to agricultural insurance, retrofitting of road construction machinery, and plans to rebuild homes in flood-stricken areas, among other things.

The official said loans have also been set aside for flood-hit victims to help reconstruct their houses.

Najjar arrived in the province on July 22 to see first-hand the extent of the damage inflicted on some provincial areas in recent flooding.

His visit came as relief workers were on the scene to help locals.