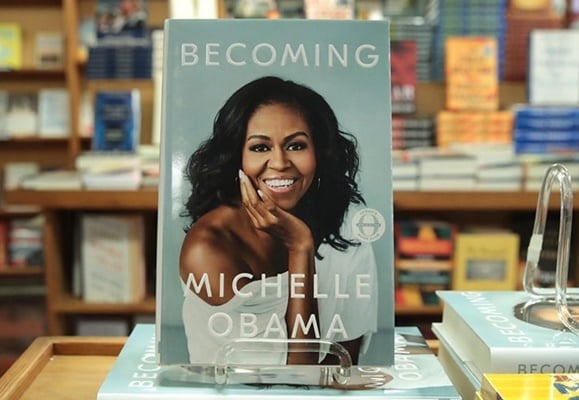 The Iranian publisher of a translated version of “Becoming”, an autobiographical memoir by former First Lady of the US Michelle Obama, says it has released the 17th print run of the book in less than one month.

The book, translated into Persian by Ali Salami, was first released in Iran on January 15 by Mehr-Andish Publication.

The publisher released the first 16 print runs of the translated book in 500 copies each but for the 17th run, it has increased the number to 1,000, a report by Mehr News Agency said.

The former first lady’s memoir sold more than 1.4 million copies in print and digital formats in the US and Canada during the first week after its release on November 13.

Published by Crown, the book has been released in 24 languages. Becoming sold more copies than any other book published in the United States in 2018, breaking the record in just 15 days. On its first day, the book sold more than 725,000 copies, making it one of the year’s biggest debuts.

“Becoming” has also well exceeded the pace of previous memoirs by first ladies. In 2003, Hillary Clinton’s “Living History” had first week sales of around 600,000 copies.

The memoir also became the No. 1 adult non-fiction title in the United Kingdom, Germany, France, the Netherlands, Spain, Denmark, and Finland.

It is a window to the personal life of Michelle Obama, the former First Lady of the US, before and after entering the White House. In the memoir, Michelle, through a cordial story, invites the reader into her personal life and elaborates on the experiences forming her character since childhood in Chicago till she became the US First Lady.