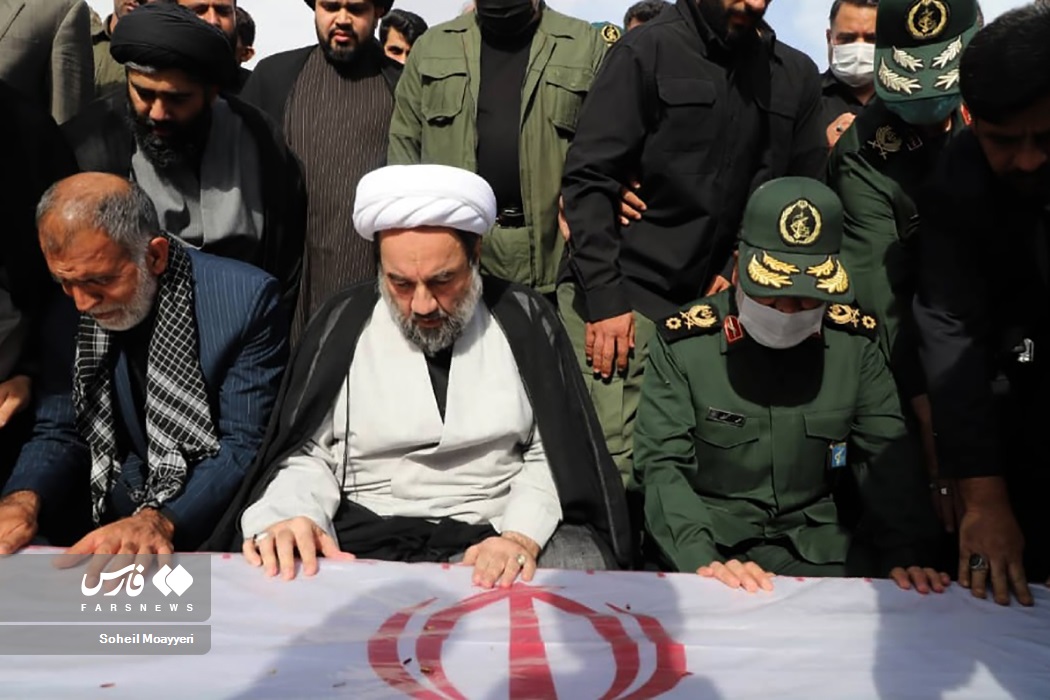 People in southeastern Iran have held a funeral for a member of the Islamic Revolution Guards Corps, IRGC, who was killed in an attack by unknown gunmen.

Mahmoud Absalan who was a bodyguard of the commander of the Special Forces Brigade 110 in Sistan and Balouchestan Province, was killed in the early hours of Saturday when the attackers opened fire on their convoy in the provincial capital city of Zahedan.

Mahmoud Absalan was the son of Parvis Absalan, acting commander of the Salman Corps in Iran’s Sistan and Balouchestan Province.

A police official said the attack was carried out by bandits who are now under arrest.

No motive is known yet for the shooting. But authorities have already begun an investigation into the incident. Iran’s Sistan and Balouchestan Province borders Pakistan.

The border is a frontline of fight against narco-traffickers and some terrorist cells that have in the past done some attacks in the province.