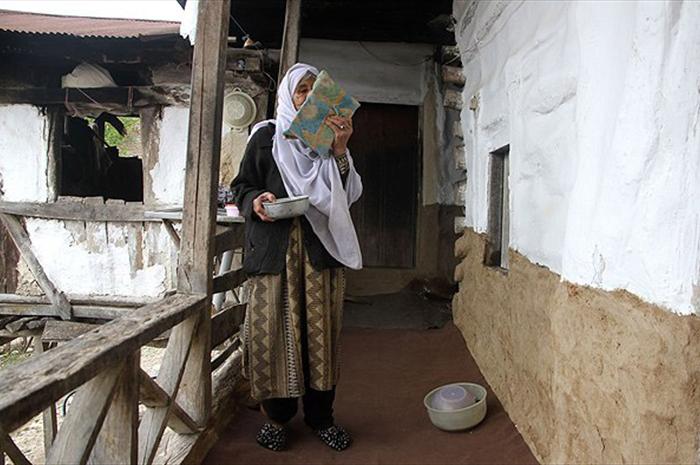 Marmeh or Madermeh, one of the most important rituals in Iran’s northern province of Mazandaran, is a old tradition that dates back to hundreds of years ago.

Although its prevalence has gradually decreased throughout history, Marmeh is still one of the main rituals to celebrate Nowruz (Iranian New Year) in Mazandaran. People of the province attach great importance to the ritual.

As the first spring ritual in the region, Marmeh is usually performed by an auspicious person to bring about lasting happiness for their own and the region’s people.

Just minutes before the beginning of the New Year, a baby girl or boy or an elderly man or woman who is viewed by the regional people as a lucky person is asked to knock on their doors and enter their homes with a Quran on a tray in hand. Upon their entrance into a home, the auspicious person says Happy Nowruz, wishing for a year of prosperity and happiness.

It is widely believed that the ritual brings happiness and luck for the people through the coming year. In return the residents of the homes give the guest gifts for their being auspicious and bringing happiness.

Marmeh means good in Mazandarani dialect. The ancient ritual is still performed seriously in the province.

The ritual used to be performed on the early days of each month of Caspian calendar but its performance on the first day of Farvardin (the first month of Iranian year) was common across the province. Like other calendars, the Caspian calendar has 12 months with 30 days for each. So, the overall number of days in each Caspian year stands at 360.

Among other rituals celebrating Nowruz in Mazandaran province, one can also refer to cooking local sweets and dishes.