Many civilians killed in US operation in Syria 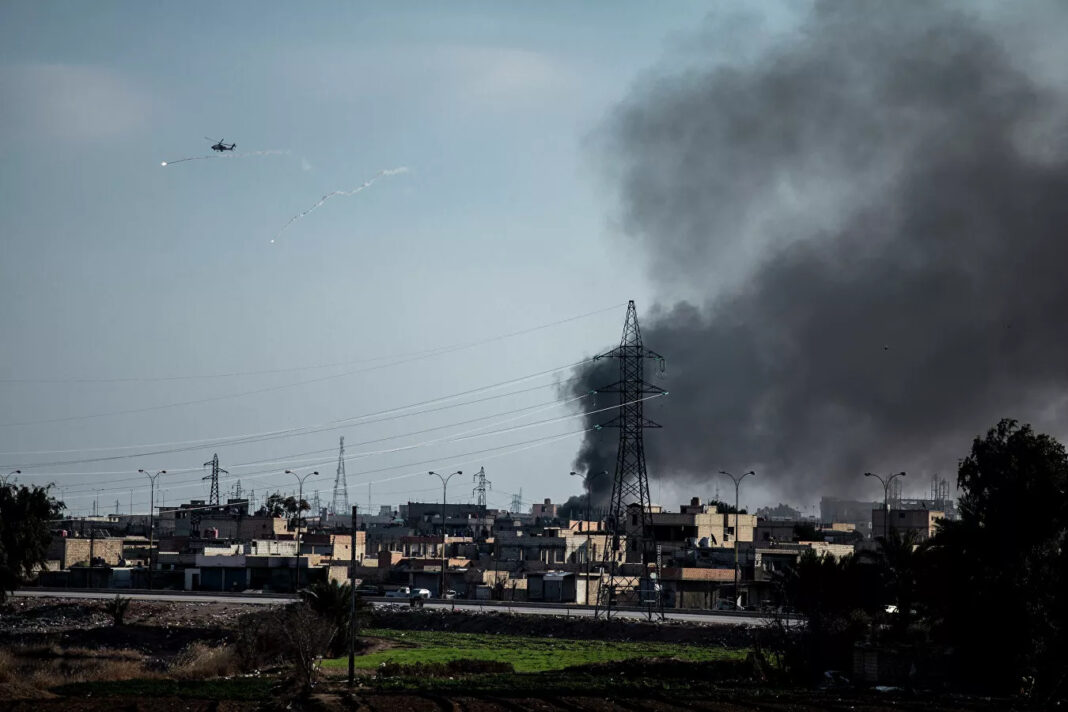 Several civilians, including women and children, have been killed in US special operation in northwest Syria, according to residents and fighters.

Local sources told Al Jazeera on Thursday at least 12 people, including seven children and three women, were killed in the overnight operation near the Turkey border in the province of Idlib, the last rebel enclave resisting Syrian President Bashar al-Assad’s forces.

The raid hit a densely populated area where tens of thousands of people displaced from Syria’s war live in makeshift camps or overcrowded housing.

Several residents, speaking to The Associated Press news agency on condition of anonymity for fear of reprisals, also reported civilian deaths and said they saw body parts scattered around a house in the village of Atmeh.

In a statement, the Pentagon announced the “mission was successful” but provided no details on who was the target of the raid, or if there were any casualties.

“U.S. Special Operations forces under the control of U.S. Central Command conducted a counter-terrorism mission this evening in northwest Syria,” Pentagon Press Secretary John Kirby said, adding, “There were no U.S. casualties. More information will be provided as it becomes available.”

Reuters news agency reported the raid was believed to have targeted a suspected al Qaeda-affiliated fighter, but there was no other information on the person’s identity and no immediate reports of any fighters being killed.

Residents said they heard heavy gunfire during the operation, indicating resistance to the raid.

Video clips posted by the pro-rebel Syria TV channel showed a wounded child being carried by emergency rescuers as well as concrete debris.

The channel added the videos were taken in Atmeh, which is along the border across the southern Turkish province of Hatay.

Charles Lister, senior fellow with the Washington-based Middle East Institute, told Reuters he had spoken to residents who said the operation lasted more than two hours.

“Clearly they wanted whoever it was alive,” Lister continued.

“This looks like the biggest of this type of operation” since the Abu Bakr al-Baghdadi raid, he noted, referring to a 2019 US special operations raid in northwest Syria that killed Daesh leader.

Residents and rebel sources told Reuters several helicopters landed near Atmeh and explosions were heard near the home of a foreign fighter.

The fighter who was the suspected target was with his family at the time of the raid, said a rebel official who declined to be named.

One resident stated several people were killed in the raid, while another added rescuers pulled out at least 12 bodies from the rubble of a multistorey building.

Witnesses added the raid appeared to have ended, but unidentified reconnaissance planes were still hovering in the area.

The rebel official announced security from Hay’et Tahrir al-Sham, the main rebel group that controls parts of northwest Syria, hurried to the location after the raid.

The northwest of Syria – Idlib province and a belt of territory around it – is mostly held by Hay’et Tahrir al-Sham, formerly al-Nusra Front, which was part of al-Qaeda until 2016.

Several foreign fighters who split from the group have set up the Huras al-Din (Guardians of Religion) group, designated by the US as a “foreign terrorist organisation”, which has in recent years been the target of coalition attacks.

For years, the US military has mostly used drones to kill top al-Qaeda operatives in northern Syria, where the fighter group became active during Syria’s war, which has gone on for more than 10 years.

US-led coalition operations against remnants of Daesh sleeper cells are more frequent in northeastern Syria, which is held by Kurdish-led Syrian Democratic Forces.