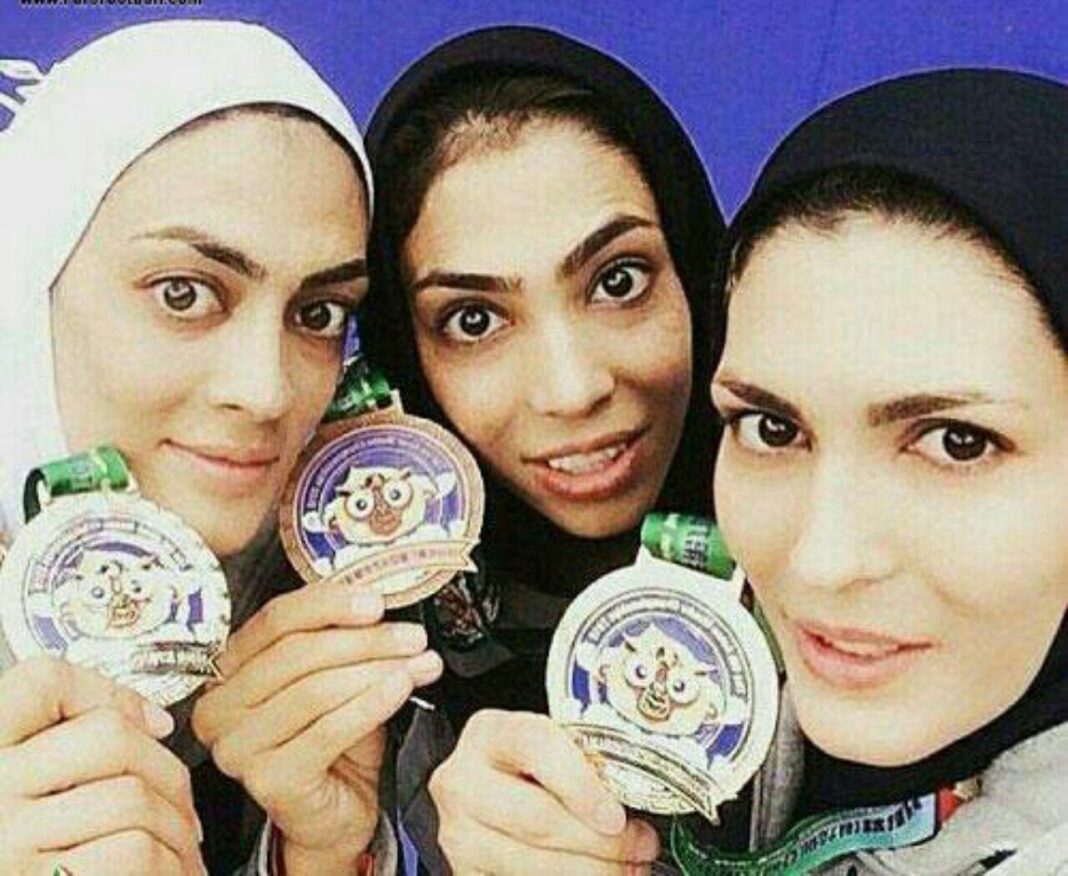 Three hardworking Iranian sisters have, in a live TV show, recounted the story of the hardships they experienced in life to achieve their present status, to turn into real-life heroines in the eyes of the Iranian people.

Iranian female wushu champions Soheila, Elaheh and Shahrbanou Mansourian, who along with their sister Marziyeh were the guests of a live TV talk show during the holy month of Ramadan, have now turned into real heroines. This came when, before the eyes of millions of audience, they recounted the story of the odds they overcame to tread on the path to success. 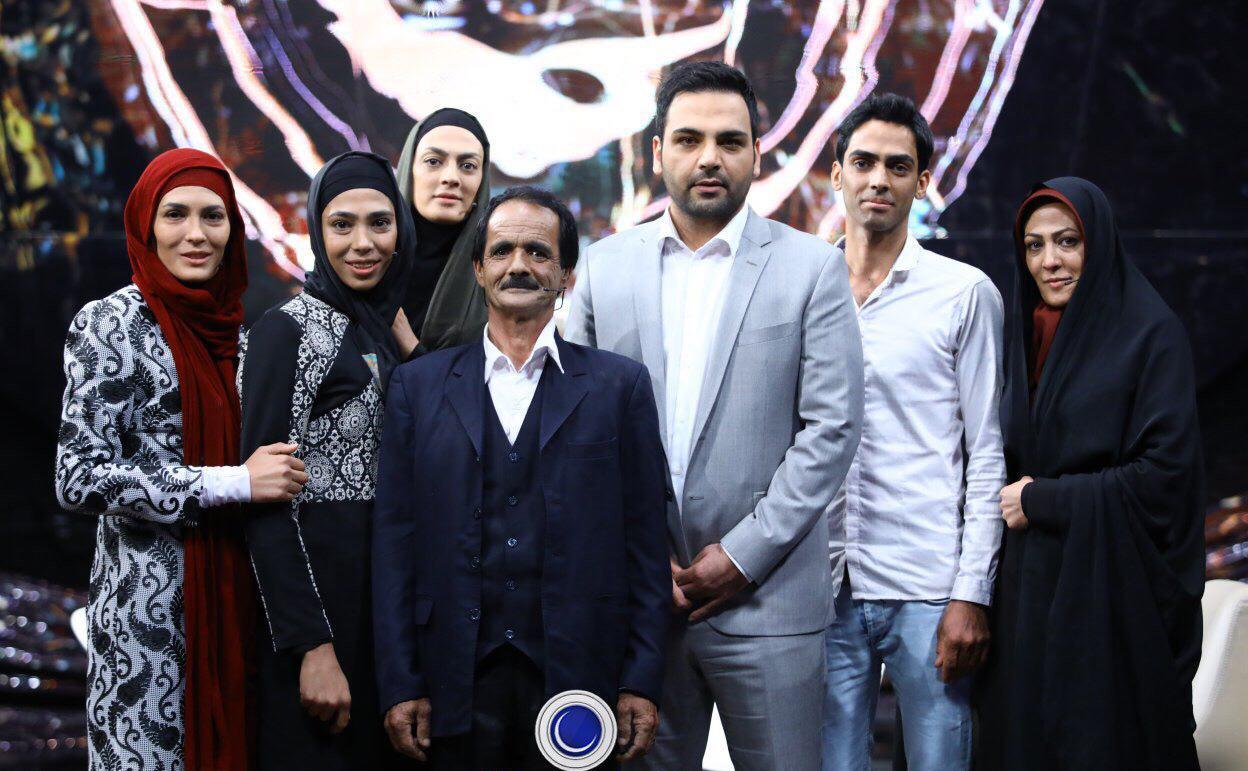 Up until that night (June 2), Mansourian sisters were, in the eyes of Iranian people, only three wushu champions who were used to shining in national and international competitions. What most people primarily remembered of them was their broad smile while standing on international podiums, posing with their medals for photos. A smile that in fact was a veil behind which they hid their immense pain and sadness. Nevertheless, their agony and grief was eventually laid bare to the public on the night they shared their life secrets with people in the popular TV talk show called “Maah-e Asal”, which means honeymoon.

“Maah-e Asal” is broadcast live on Iran’s state TV every evening during the holy month of Ramadan. People from different walks of life are invited to the show to recount the story of their life.

During the past month, Mansourian sisters all snatched medals in international competitions. Nevertheless, the sisters, winning a total of more than 30 Asian and world medals, have had a difficult life. Having succumbed to the difficulties of life, their father left them while they were still little kids. As of then, Shahrbanou, the eldest sister, had to shoulder the burden of earning the family’s livelihood and raising her younger sisters. However, this was not a new responsibility for her, as prior to the father’s departure, she had worked shoulder to shoulder with him to make the ends meet.

Elaheh and Shahrbanou become familiar with wushu by chance. The martial art was not taught in the proximity of Semirom city in the central Iranian province of Isfahan and they did not have enough money to commute between Semirom and the capital city of Isfahan, where wushu classes were held. Therefore, each day one of them could attend the class and share the lessons with the other sister.

On the talk show, Shahrbanou told the audience about the days when she had to work at other people’s houses and gardens. She also described how she was filling large cubic tin cans with cement to use them as dumbbell or barbell. Elaheh spoke of the day when she won her first medal and received a 257-dollar cash prize – the largest amount of money she had earned up to that day. She also talked about the bronze she snatched in the 52kg weight class in Guangzhou 2010 Asian Games.

She recounted the story of how she managed to continue the match with her South Korean opponent Kim Hye-bin in the final of the 2013 World Wushu Championships in Kuala Lumpur, despite her injuries, to grab gold in the women’s 52kg Sanda bouts. She described how she won the title with a broken cheek and nose: 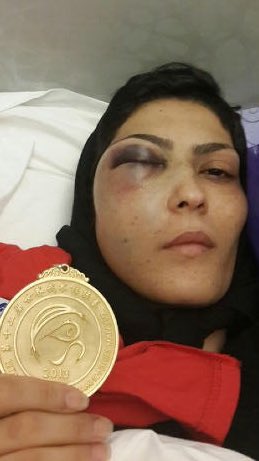 “Victory in the final could change our life. In the first round, I had a broken nose and cheekbone and I picked up a black eye. The swelling had shut one of my eyes. My coach told me not to continue the fight, but I insisted to carry on. I asked her not to use her towel to ask the referee to stop the bout for my injury. I also asked the referee not to end the match. I swallowed the blood so as not to let the referee notice my bleeding. My cheek was also broken. Nevertheless, I was just thinking of emerging victorious in that bout for I wanted to make my mother happy.”

Elaheh also regretted not being able to stand on the podium and receive her gold medal as she had fainted after the match and was taken to hospital due to the severity of her injuries. She said she had endured all these hardships because she needed the cash prize to make her mother happy. She said she could cope with all those difficulties because she had fought a lot in life and was used to fighting. The show also had a surprise for two of the sisters, Elaheh and Marziyeh, who claimed that they had never been able to forgive their father after he left them. Up until that night, they had not at all talked to him for 15 years.

However, the host of the talk show, Ehsan Alikhani, had secretly invited their father to the show and after only a couple of minutes into the show, asked Shahrbanou to go to the backstage to accompany her father to the stage.

Amid tears, emotions and lots of hugging, Elaheh and Marziyeh met their father after 15 years and reconciled with him.

Following the show, Mansourian sisters turned into Iranian people’s new heroines. A number of Iranian celebrities reacted to the talk show and Mansourian sisters’ account of their difficulties and hard work. They posted messages, along with the sisters’ photos, on their Instagram page, praising their achievements. Among them were the former footballer and world’s all-time leading goal scorer Ali Daei, international football player Jalal Hosseini, famous actress Parastou Salehi, and feminist filmmaker Tahmineh Milani. 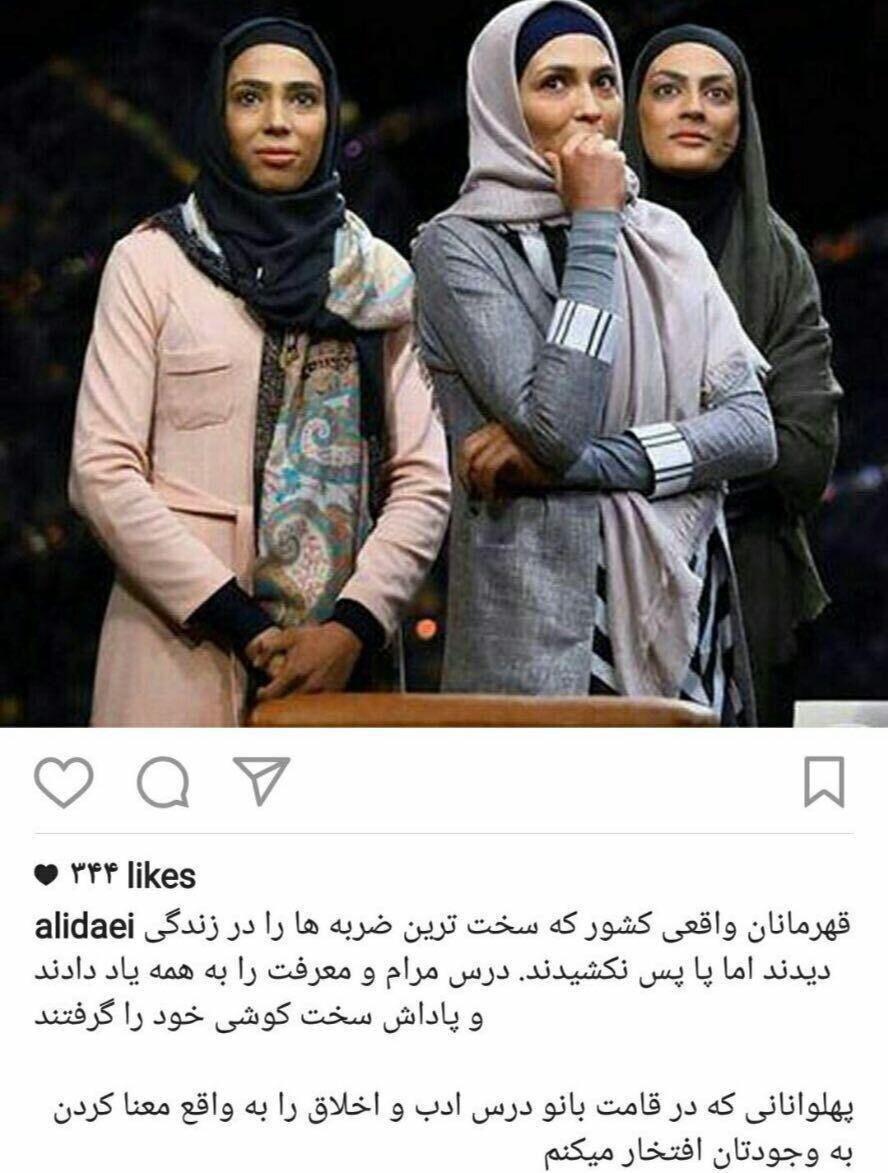 Daei posted a photo of Soheila, Elaheh and Shahrbanou on his Instagram page and wrote: “[These are] the true heroines of the country who have suffered the hardest blows in life, but have never surrendered. They showed everyone their dignity, wisdom and selflessness. Now, they have been rewarded for their hard work. These are the heroines and champions who truly defined courtesy and ethics. I am proud of you.”

Parastou Salehi’s message reads: “They are the real lionhearted women of Iran. I am proud of Mansourian sisters, particularly Shahrbanou who is the eldest one. I am also proud of myself and my homeland for being home to such great women. Well done. I supplicate God to bestow upon you the best things in life. In the end, I want Elaheh and Marziyeh to forgive their father from the bottom of their heart. Maybe, it was due to his departure that you have achieved such a status today. I wish I had forgiven my father when I had still time to do so.”

Hosseini also wrote: “The real heroines of Iran, I am proud of you.”

Mansourian sisters are no longer just wushu champions; they have become real-life heroines.