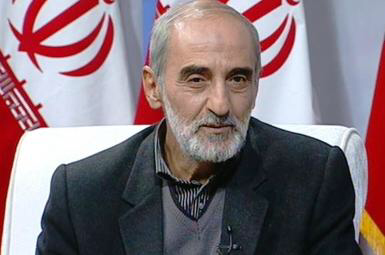 A court has found the managing editor of a the Iranian newspaper, Kayhan, guilty of insulting the Society of Students against Poverty, an Iranian NGO whose activities are mainly geared to looking after neglected and underprivileged women and children.

“The managing editor of the Kayhan daily (Hossein Shariatmadari) appeared in court after Head of the Society of Students against Poverty Sharmin Meimandinejad filed a lawsuit against him,” the khabaronline website quoted Kayhan as saying.

“In court, Meimandinejad defended himself by presenting dozens of written documents taken from the website and written papers of the society itself,” Kayhan added.

“But much to everyone’s amazement, it was announced yesterday that the court had convicted Hossein Shariatmadari, the managing editor of Kayhan, of insulting the mentioned society as well as its director Sharmin Meimandinejad,” Kayhan added.

“The so-called Society of Students against Poverty was closed down and its director Sharmin Meimandinejad arrested for the promotion of corruption, deceiving the youth, and insulting Islam, the Establishment, dignitaries and esteemed martyrs of the Revolution,” Kayhan wrote.
“Meimandinejad is now free on bail,” it added.

“The shutting down of the society and the detention of its manger was due to these very offenses that Shariatmadari had also mentioned in court,” said kayhan.

“This begs the simple question, and that is, if what Kayhan wrote about this society and the relevant documents presented to the court were not true, then why was the society closed and its director arrested?” said the newspaper.

“And if those documents were true – which indeed were – why was the managing editor of Kayhan found guilty on the basis of the same documents?” Kayhan said.

“Isn’t this a double standard?” asked the website newspaper.