IFP has taken a look at the front pages of Iranian newspapers on Tuesday, October 27, 2020, and picked headlines from 14 of them. IFP has simply translated the headlines and does not vouch for their accuracy. 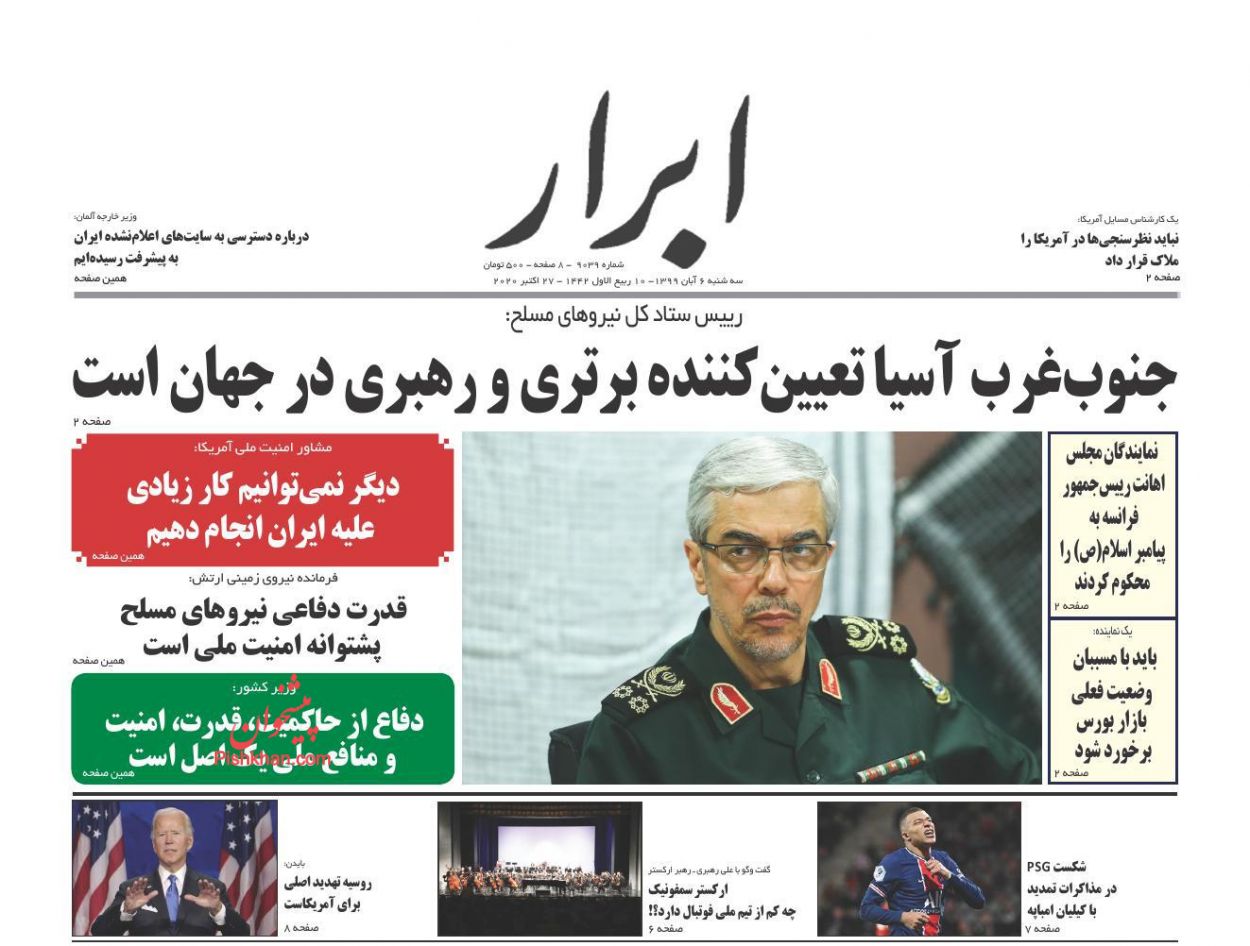 3- Sanctions and How Anti-Iran Pressure Will Be Continued [Editorial]

* Revision Instead of Censorship 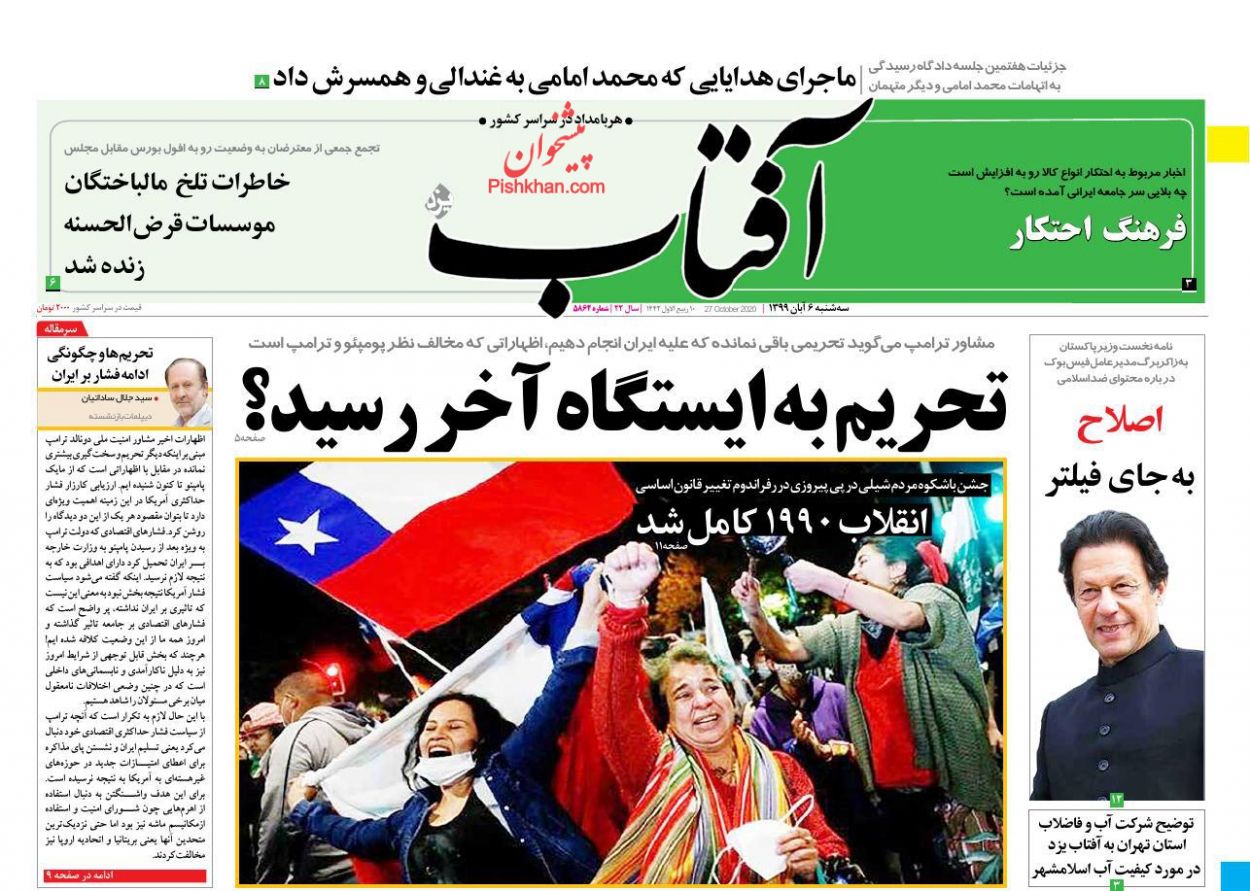 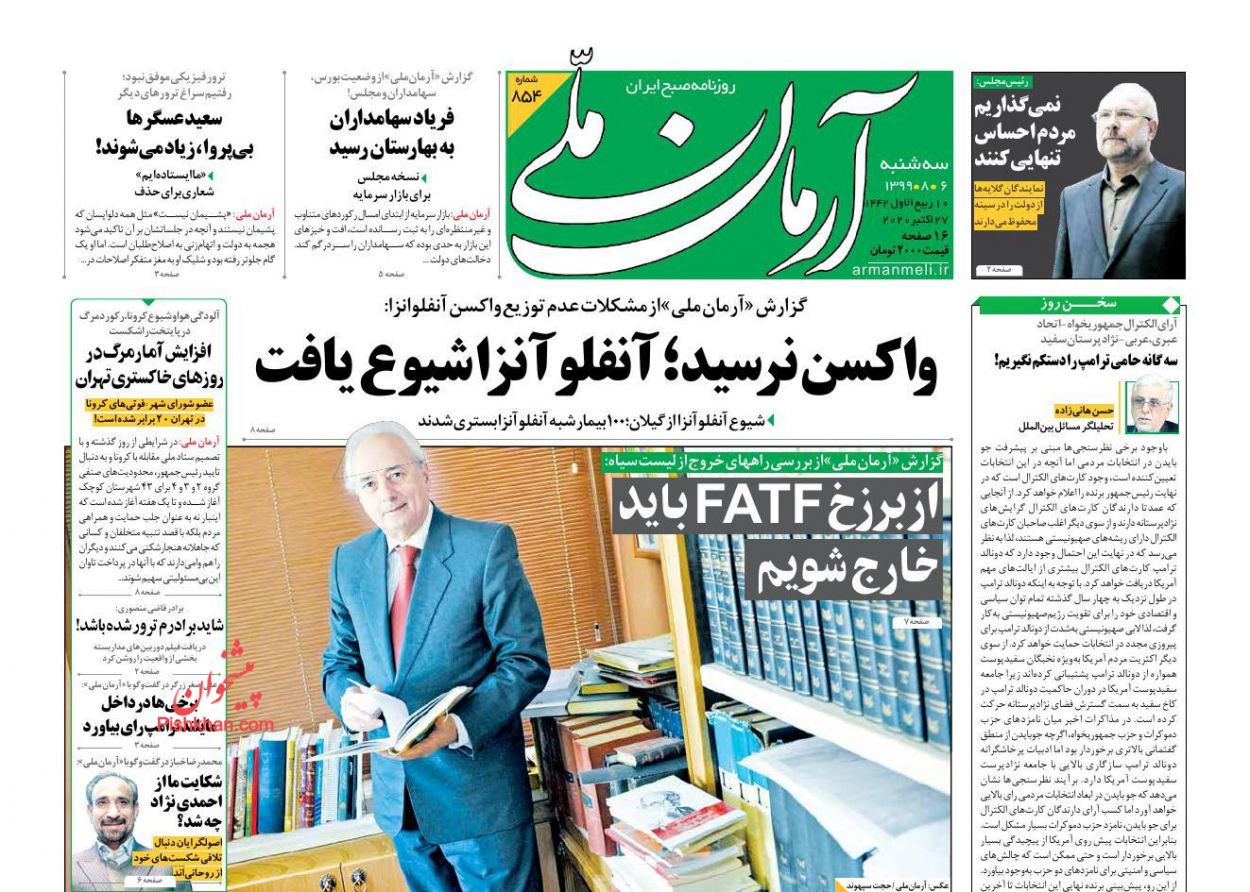 1- Civil War Ahead of America 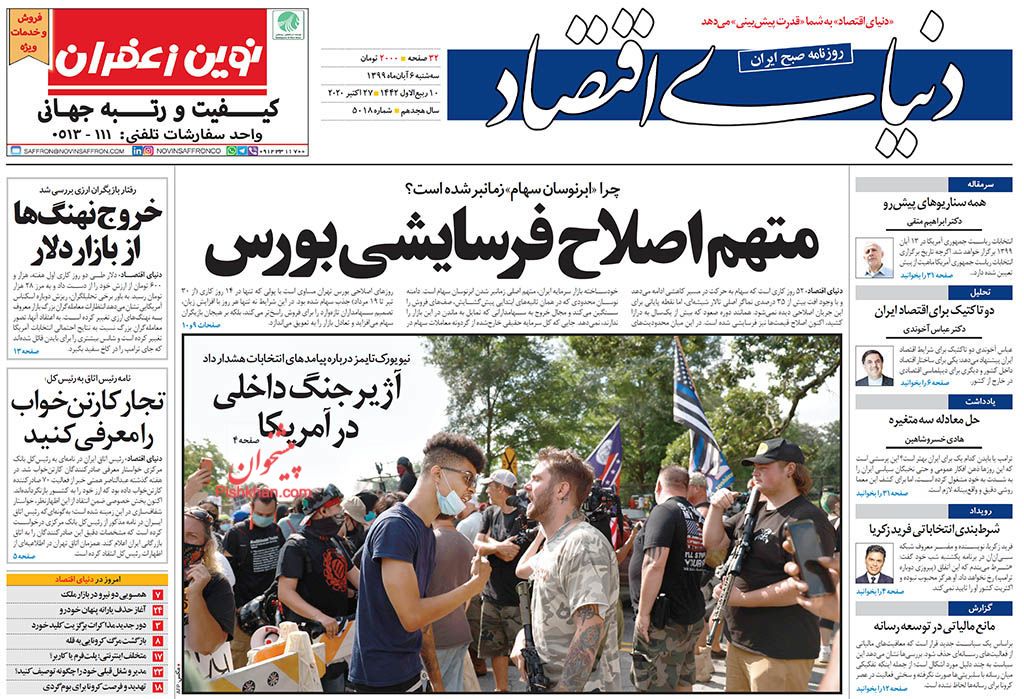 1- Muslim World against France and Macron

2- Qalibaf Breaks His Silence over MPs’ Insult to Rouhani 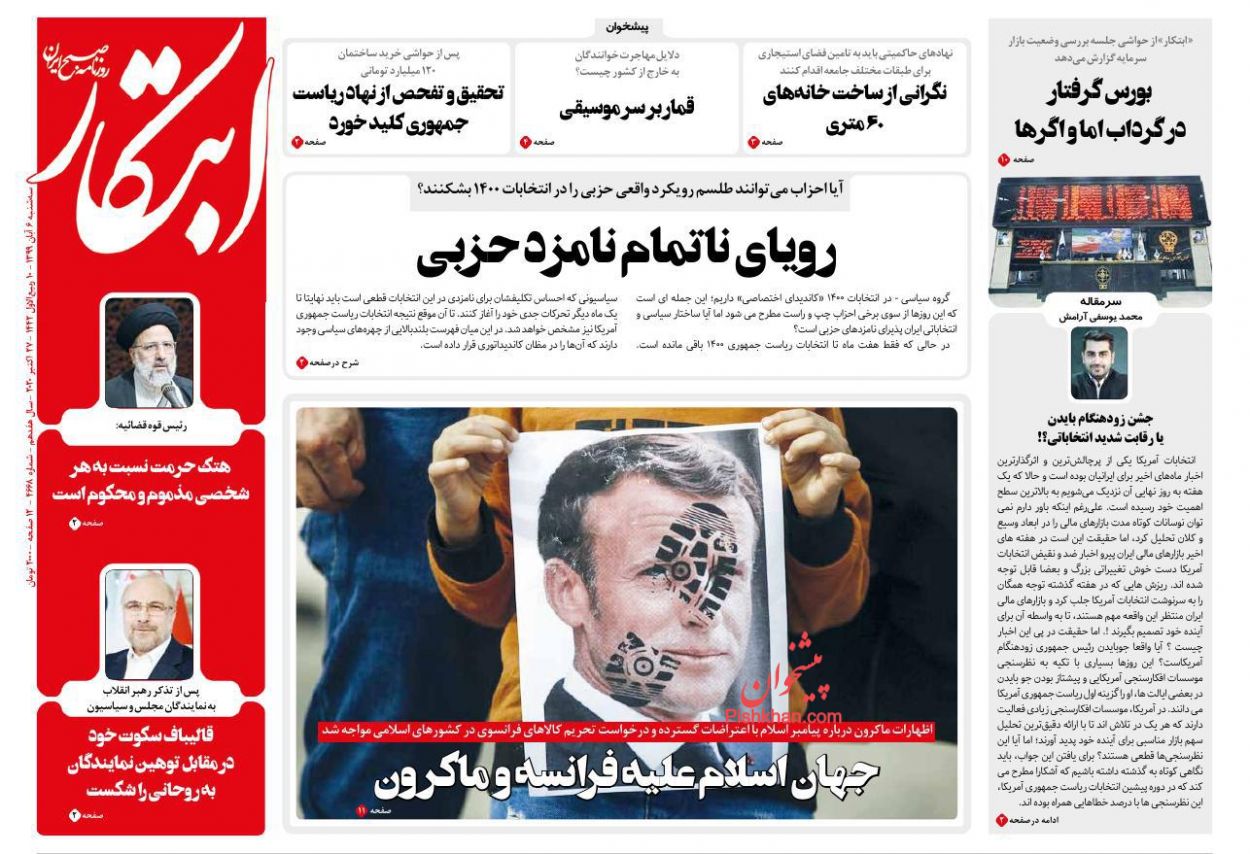 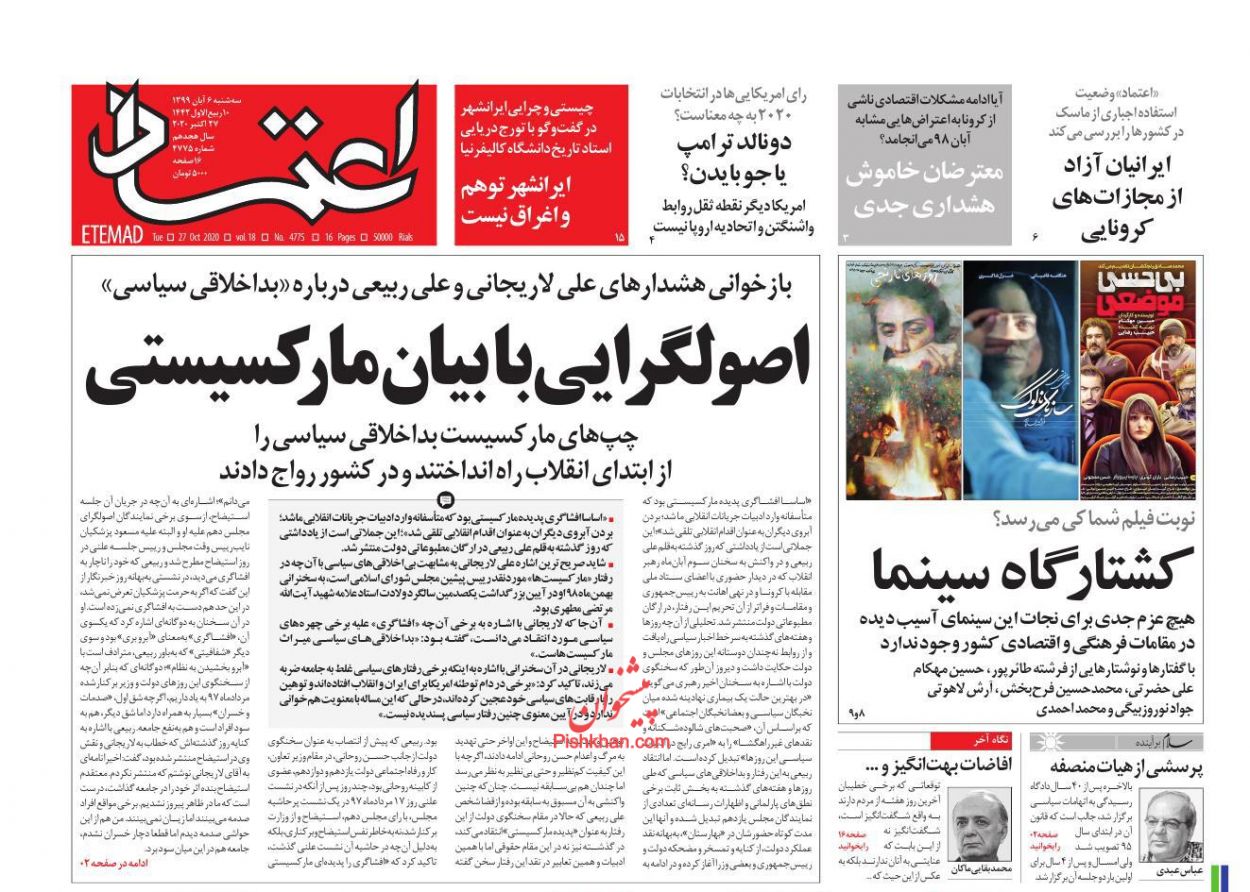 1- Zarif: UN Must Stand against Unilateralism and War 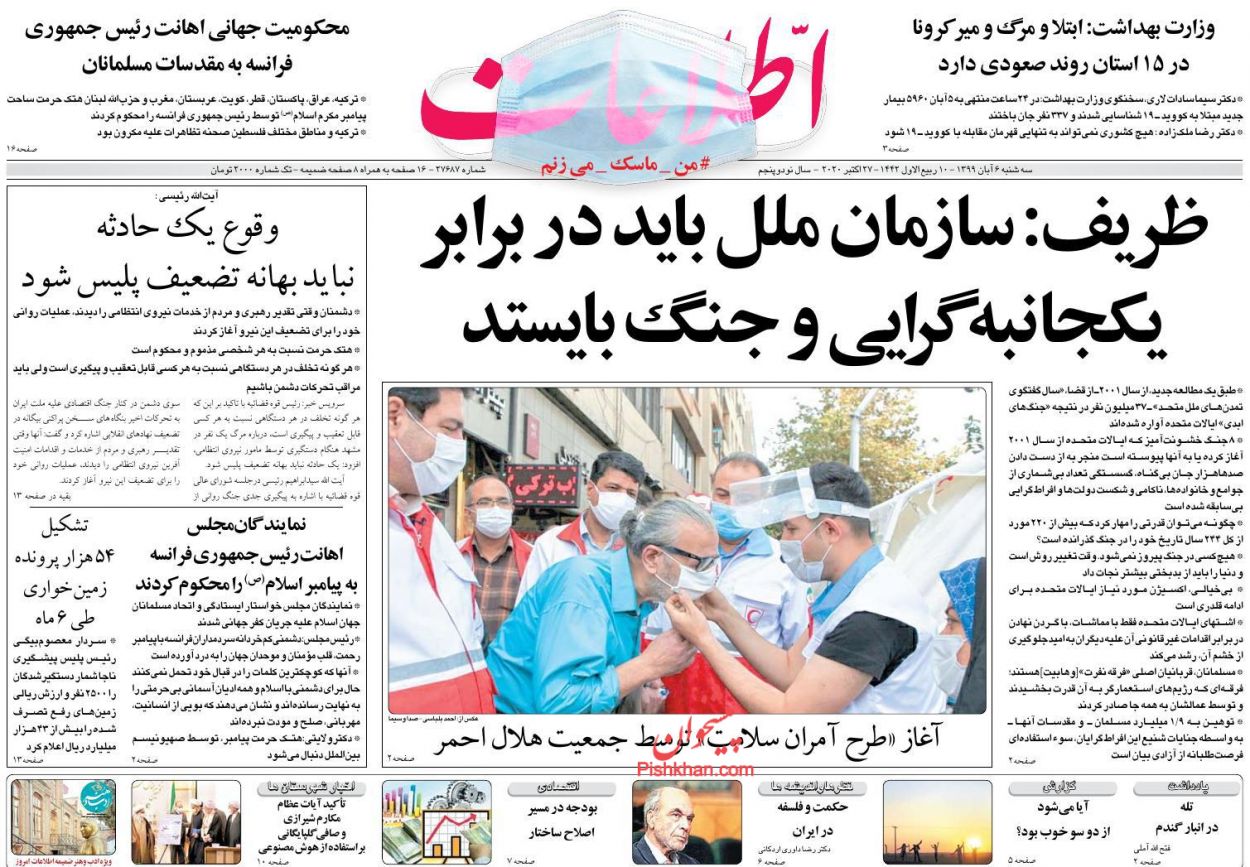 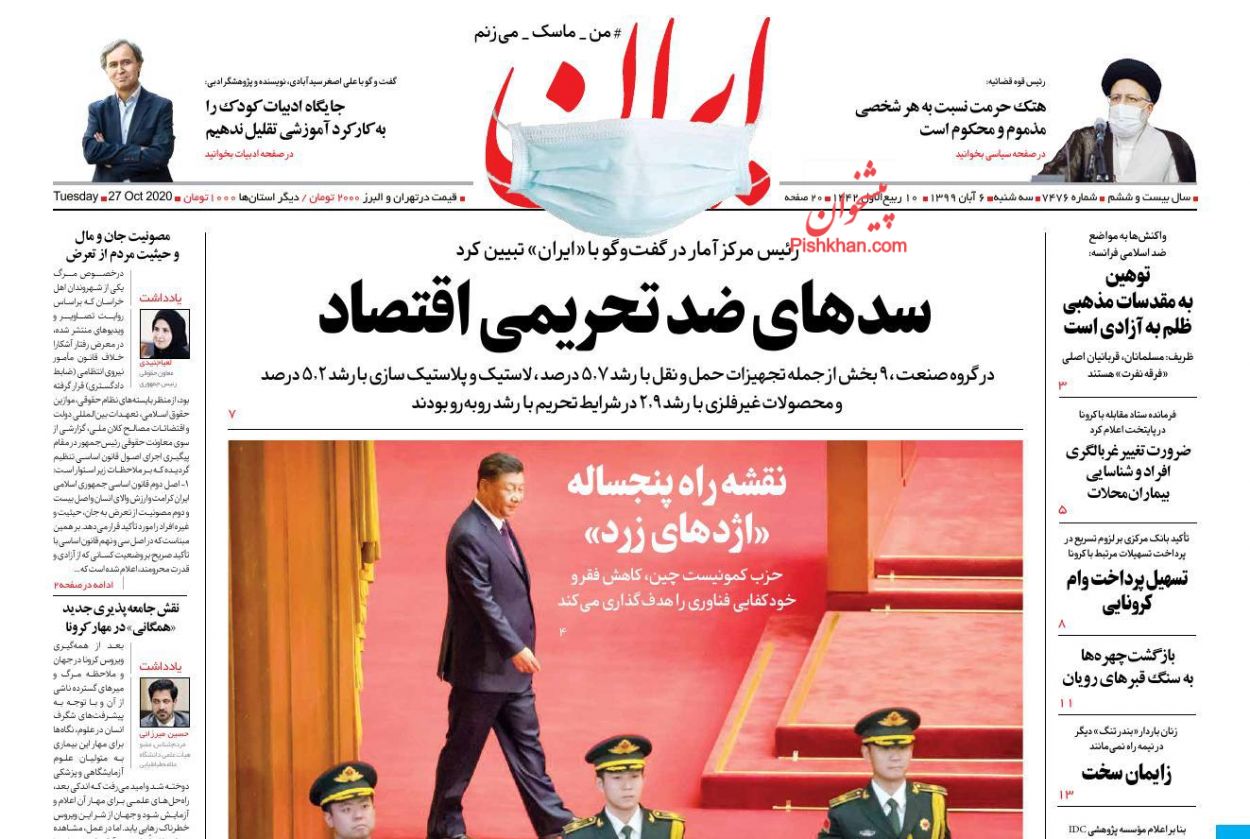 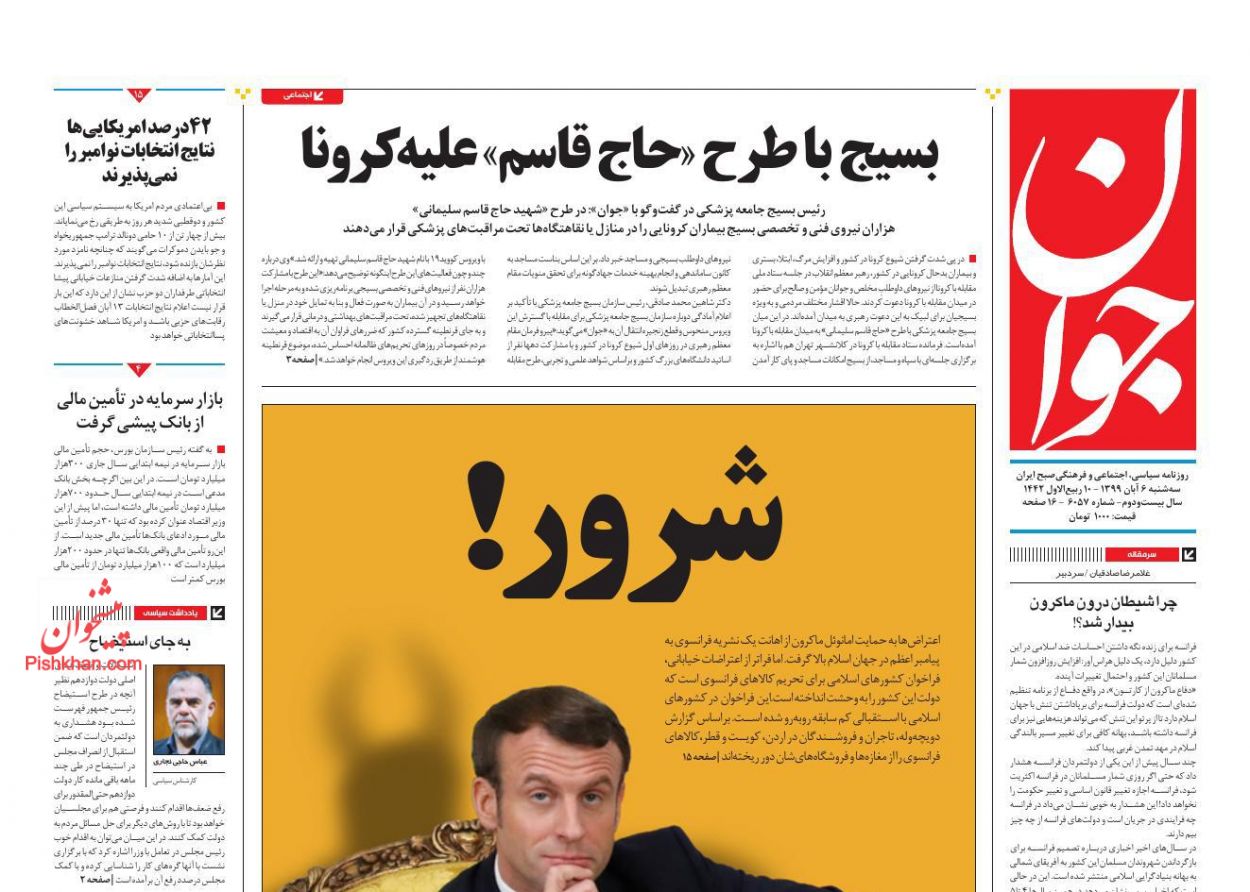 2- Baghdad Gathering on Anniversary of Big Sedition: Few People on Streets, Fuss Made in Social Media

3- Madness of Buying Weapons on Verge of US Elections 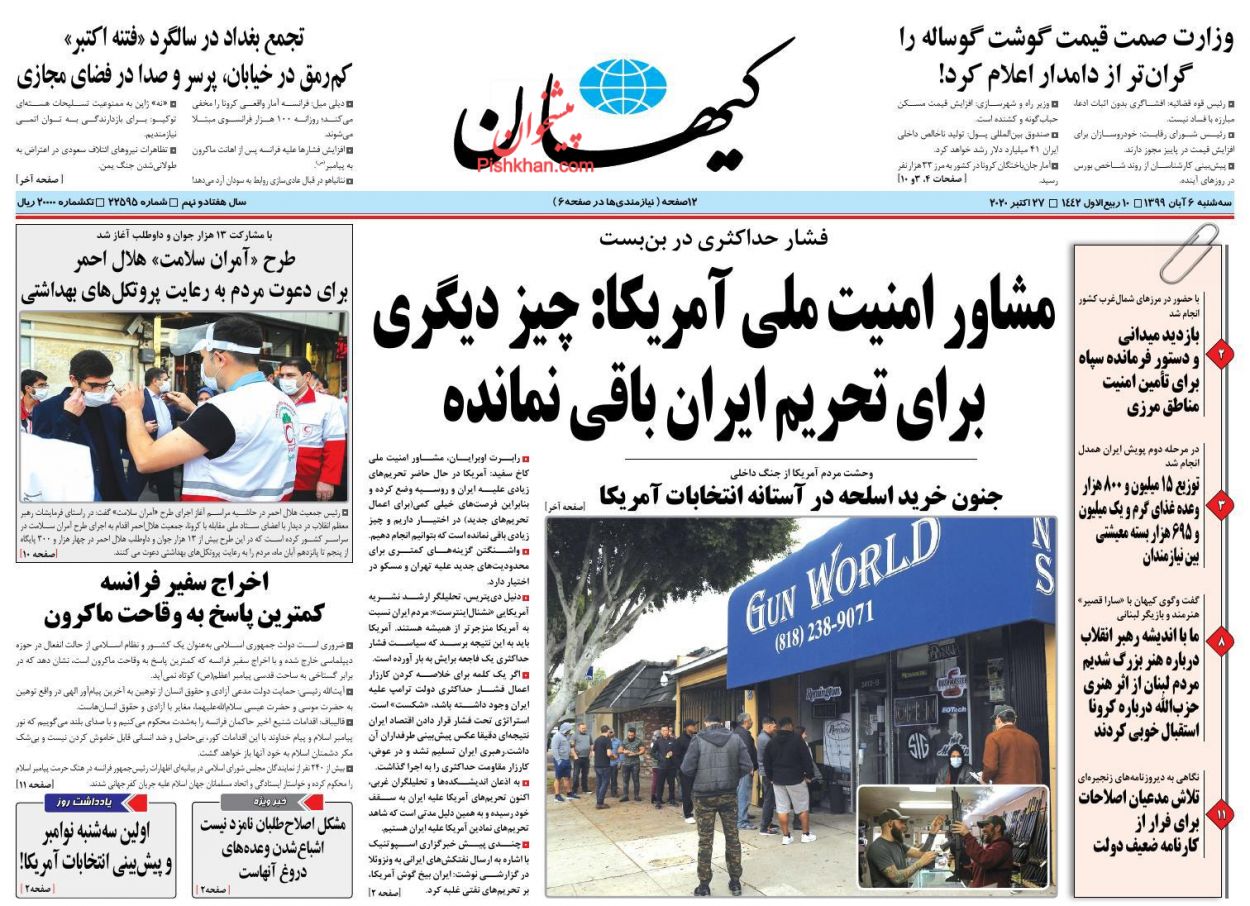 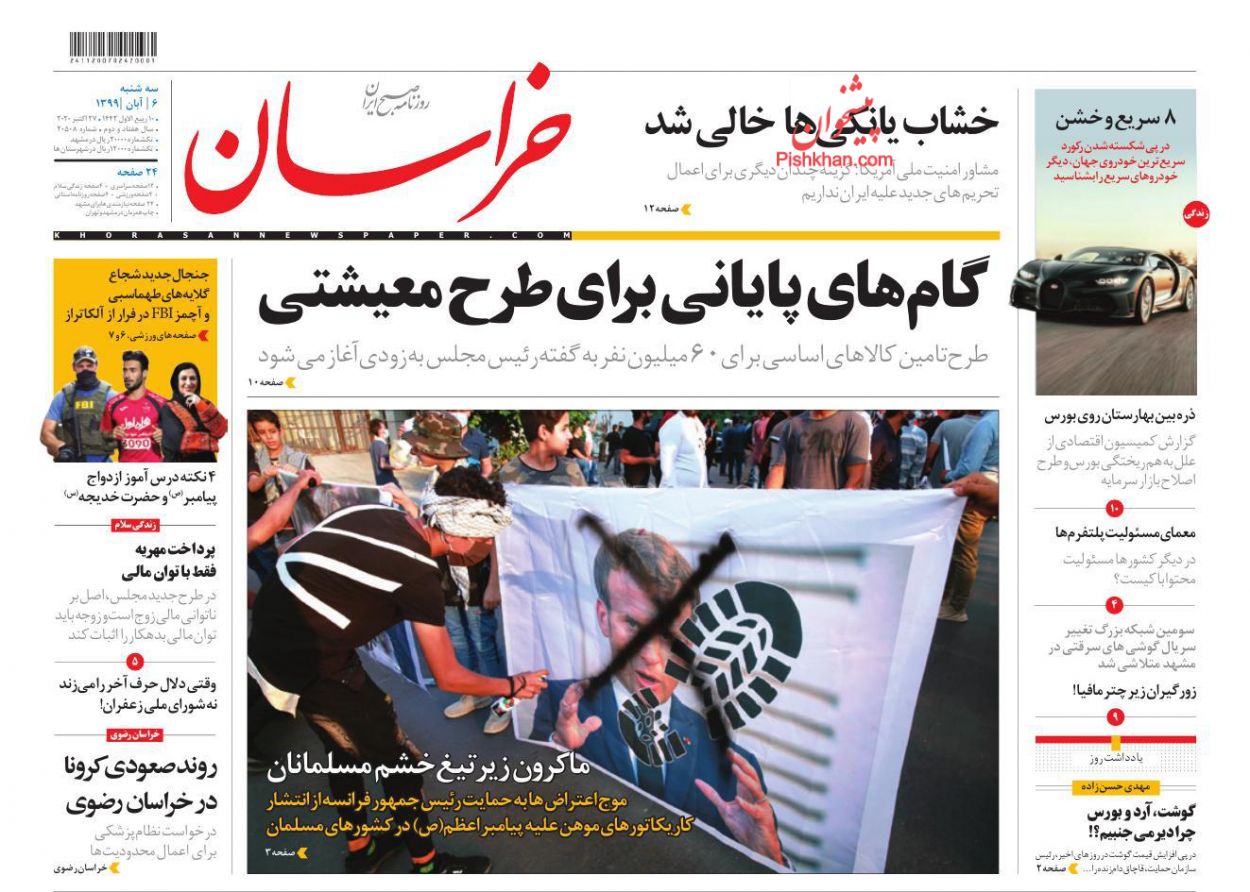 1- US Admits Its Maximum Pressure Failed

2- Stances of Trump and Biden toward Iran 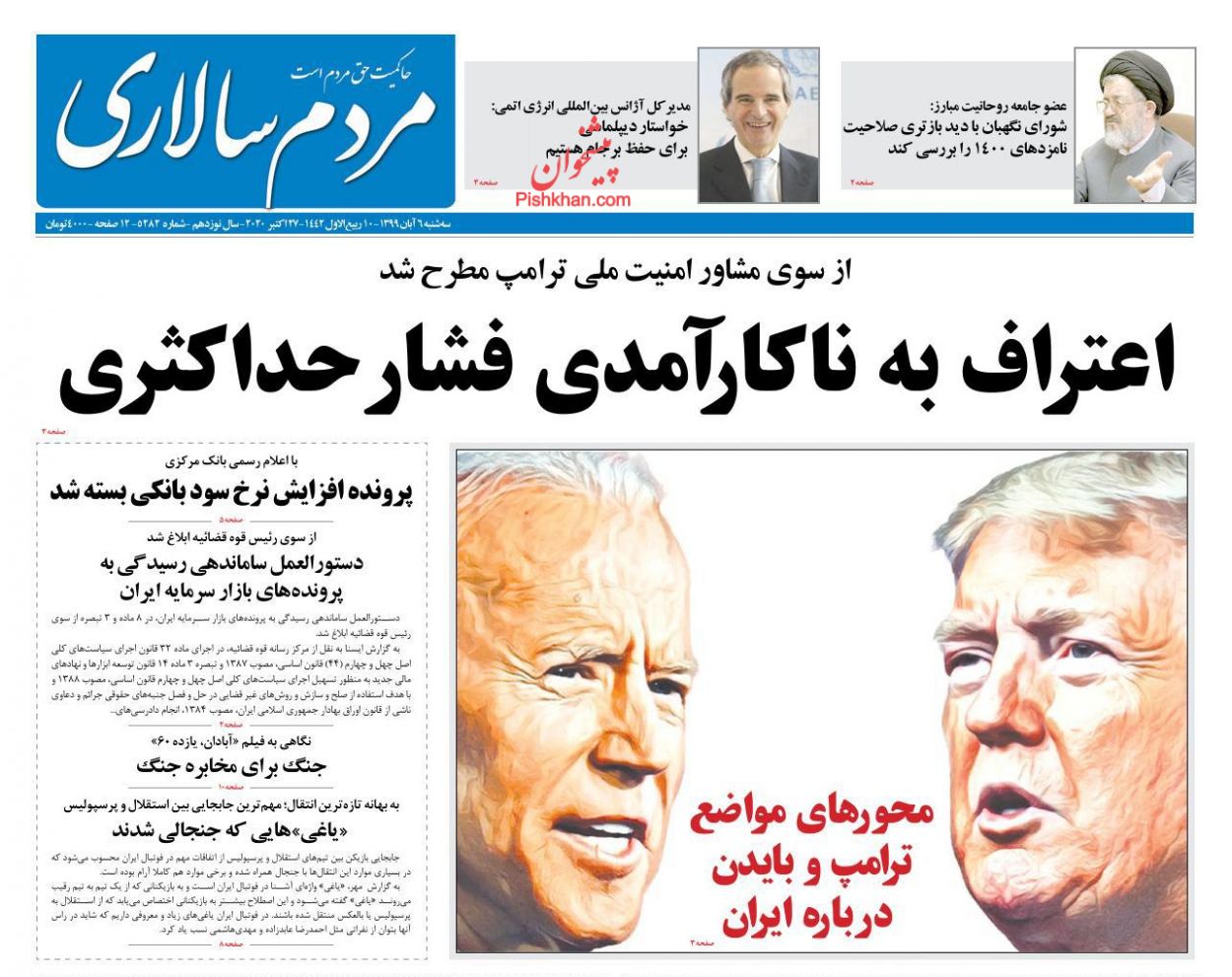 1- Iran and US Senate Election 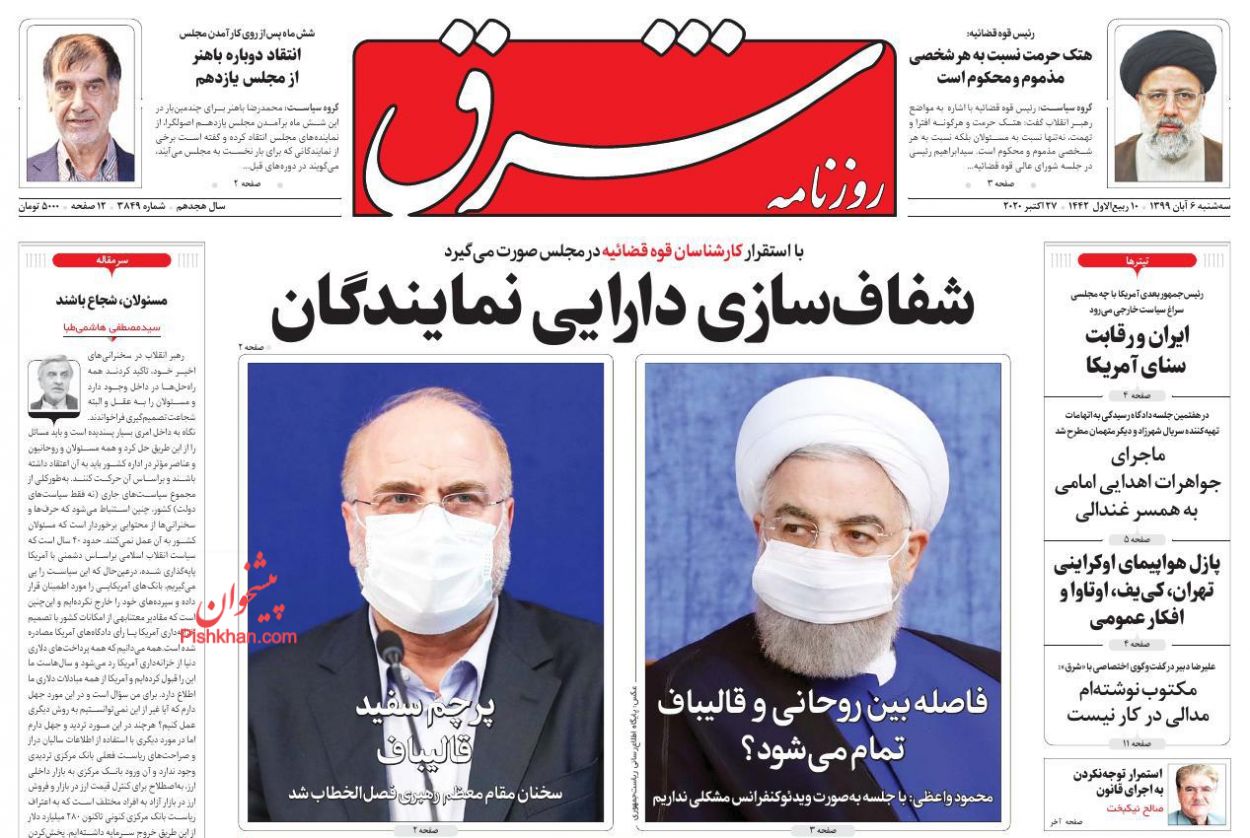 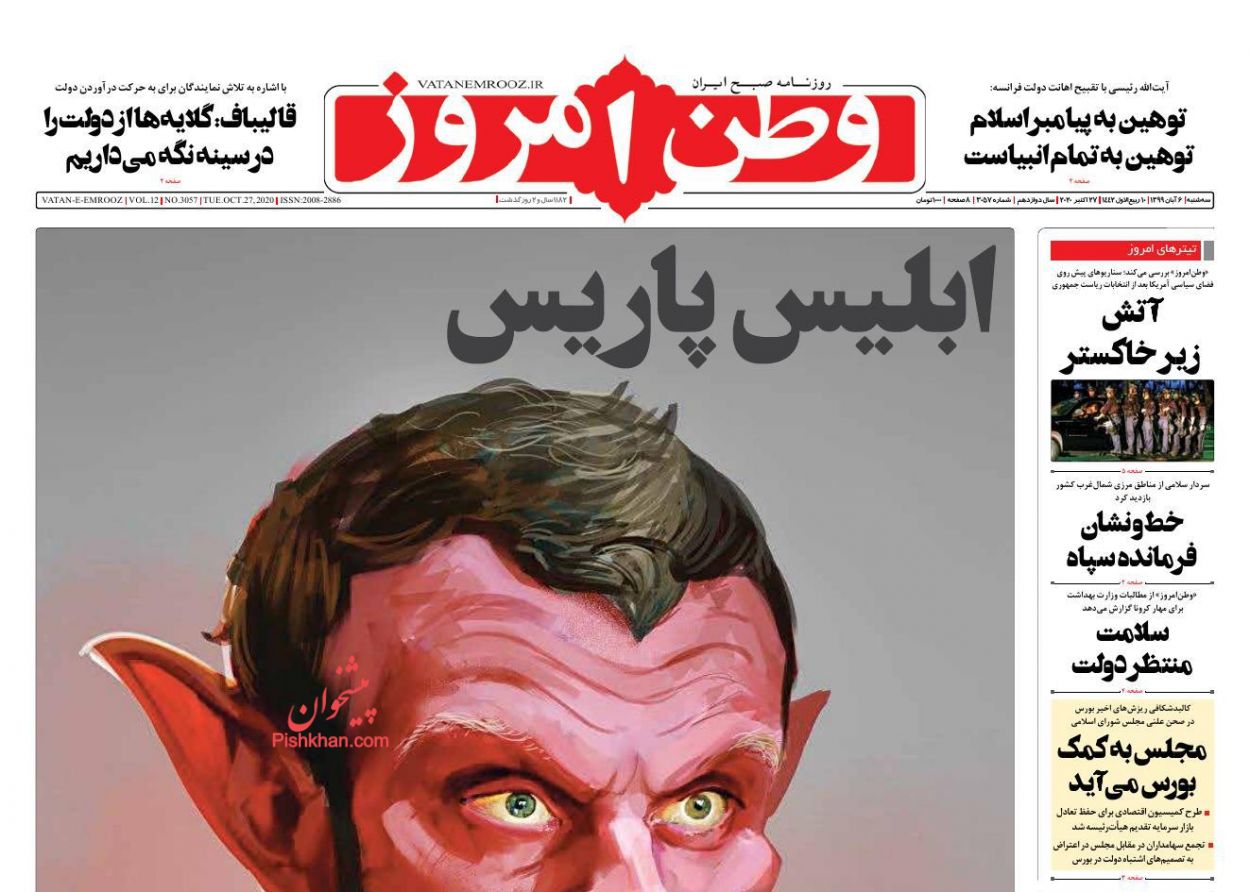