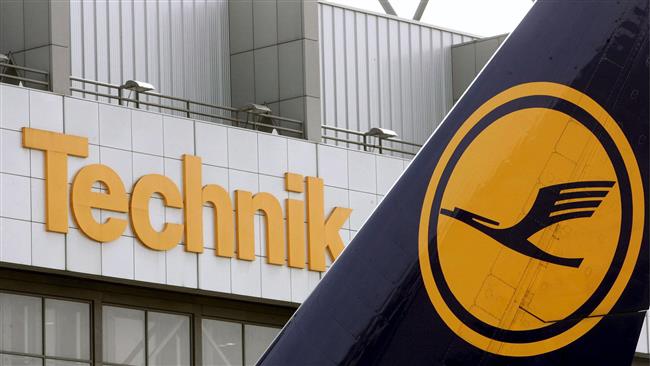 Germany's Lufthansa aviation giant is set to establish a repair and maintenance service unit in Iran. The company is reported to have sealed a deal with Iran Air to the same effect which also envisages cooperation in several other key areas.

The deal was signed when a group from Lufthansa visited Tehran on Wednesday, the media reported.

Based on it, Iran Air and Lufthansa work closely over five fields such as technical issues, commercial activities, aviation IT systems, navigation mechanisms and restricting.

The technical issues over which the two will cooperate include the maintenance and repairing planes and the commercial activities will include the transfer of passengers and cargos, the media have quoted a statement by Iran’s Ministry of Road and Urban Development.

No more details on the deal has been provided.

This past November, the maintenance division of Lufthansa – Lufthansa Technik – announced that it is in discussions with Iranian airlines to repair and overhaul their aging fleet and that it is looking into the possibility of setting up a facility to the same effect in the country.

“There’s an aircraft fleet in Iran that needs to be taken care of to bring it up in the air,” the media quoted Johannes Bussmann, the CEO of Lufthansa Technik as saying.

“We are open to it. If the government or airline wants support in the build-up phase, we will do that. If they want a partner to join them, then we can think about that,” said Bussmann whose company is generally regarded as the world’s leading provider of services in the aviation industry.

Iran’s Minister of Roads and Urban Development Abbas Akhundi has earlier emphasized that the country’s civil aviation fleet consists of 248 aircraft with an average age of 20 years, of which 100 are in storage.

Other officials has said that as many as 70 planes can return to service if they get their supply of vintage parts, providing also a boon to plane manufacturers, salvage firms and parts suppliers.

Iran has a potential order list for 500 commercial planes to renovate its aging fleet. In January, Iran signed a major deal worth over $27 billion for the purchase of 118 planes from Airbus.  The deal – which is yet to be finalized – was signed during a landmark trip to Paris by Iran’s President Hassan Rouhani.

Talks to purchase more planes are currently underway with several other leading aviation enterprises including Boeing, Embraer, Bombardier and ATR.