A look at newspaper headlines across the country on September 3

Most Iranian newspapers on Wednesday September 3, 2014 put the victory of the Iranian volleyball squad over the World League champions, the United States, in a thrilling five-setter on their front pages. Another story that drew as much attention in the dailies was the passing of prominent Iranian jurist Nasser Katuzian,who is widely known as the founding father of Iranian law.

Ebtekar likened the defeat of reformists in an in-house vote of Tehran City Council to elect a new chairperson to “an own goal” and said some reformist councilors voted against their own candidate to “hand over the leadership of the City Council to principlists”.

Ebtekar: “The Assembly of Experts throws its weight behind the country’s foreign policy machine at a 16th gathering of the chamber.” 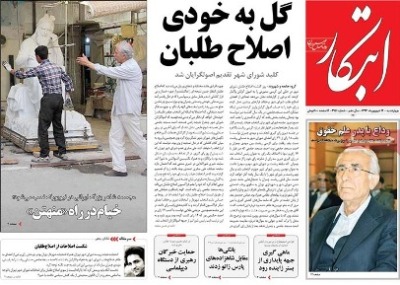 Ettela’at: “Dr. Amir Nasser Katuzian, who was part of the team that drafted the first Constitution of the Islamic Republic of Iran, passed away at 87.”

Ettela’at: Mehdi Chamran “won 18 of the 31 votes cast” by Tehran City councilors to unseat Ahmad Masjed Jamei as chairman of the council. 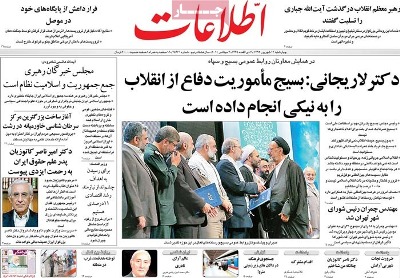 Tafahom: “In the year since the 11th government took office, the executive branch has done good things,” said Vice-Chairman of the Assembly of Experts Ayatollah Mahmoud Hashemi Shahroudi. 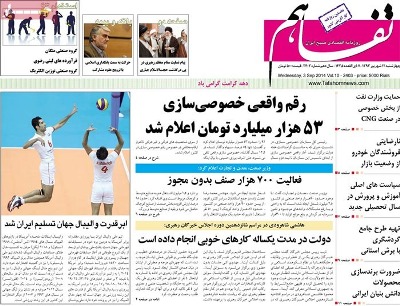 Jahan-e San’at: “I am optimistic about the future of talks [with P5+1],” Foreign Minister Mohammad Javad Zarif said after talks with EU’s Catherine Ashton. 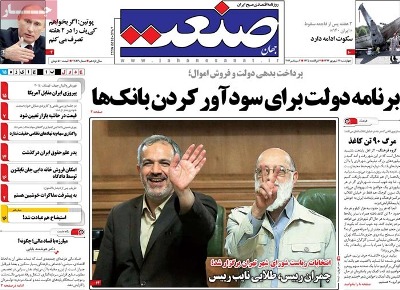 Hemayat: “Iran is to replace the West in the Russian food market.” It comes after Russia banned food imports from the EU in retaliation for Western sanctions against Moscow over perceived interference in Ukraine. 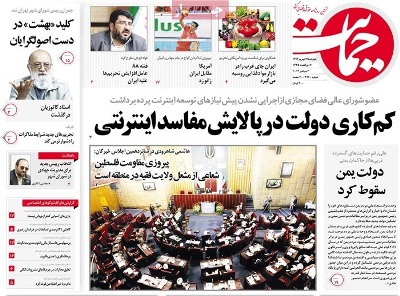 Kar va Kargar: “Constructive interaction is the major approach of the 11th government on the diplomatic front,” President Rouhani tells new foreign ambassadors based in Tehran. 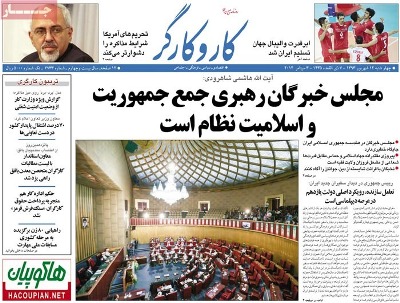 Hambastegi: “The Yemeni government was dismissed after growing popular protests.” 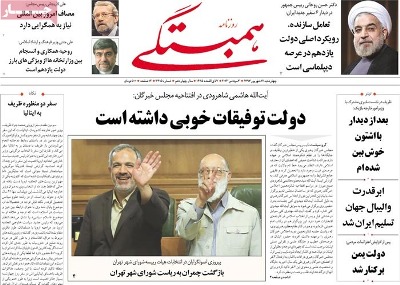 Arman-e Emrooz: “Acting Minister of Science, Research and Technology Ali Najafi will implement the policies of Faraji Dana, [who was impeached by parliament last month], Jafar Tofighi says after quitting his advisory role at the science ministry. 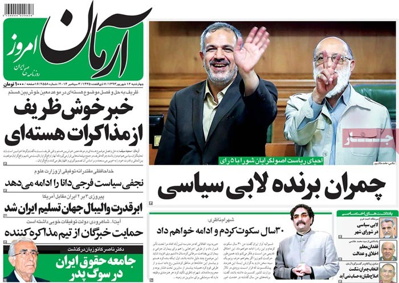 Abrar Eghtesadi:“Sweden has expressed willingness to invest in Iran’s petrochemical sector,” Iran’s Ambassador to Stockholm said. It came after the managing director of Pars Special Economic Energy Zone announced that Germany, Turkey and Qatar are set to be part of petro-chemistry projects in Iran. 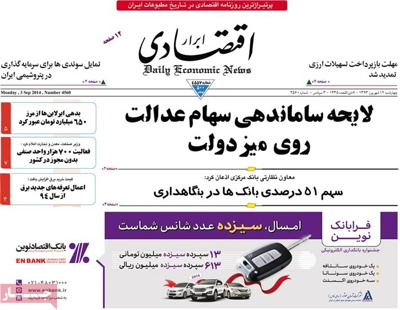 Asrar: “Public satisfaction with the government’s performance is on the rise,” Justice Minister Mostafa Pourmohammadi said. 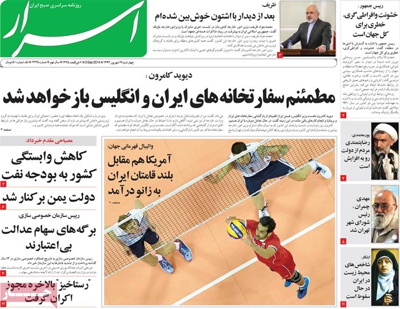 Jomhouri Islami: In what seems to be a warning to Europe, President Putin of Russia is reported to have said Russia could “take Kiev in two weeks”. 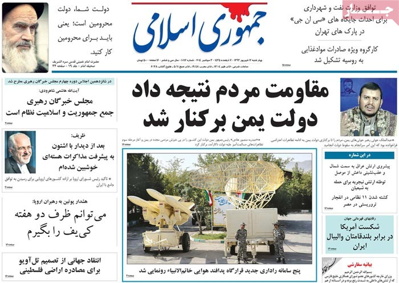 Jahan-e Eghtesad: “The stage is set for Iran to lift itself out of economic recession,” the vice-president for planning and strategic supervision said. 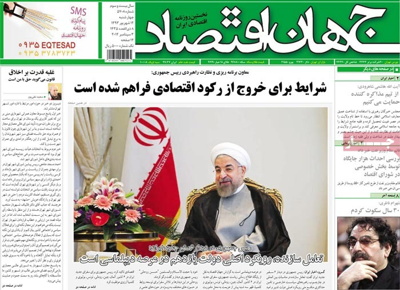 Asr-e Eghtesad: “Iran’s production and exports have both posted increases,” the director of the Trade Promotion Organization said. 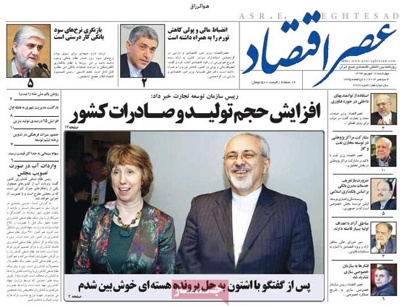 Kayhan: “Impeachment of more Cabinet ministers is not on the agenda of the Islamic Consultative Assembly. Reports that five more ministers are to be impeached are invented by reformist newspapers,” Gholamali Haddad Adel, the head of the Principlist Caucus in the chamber, said. 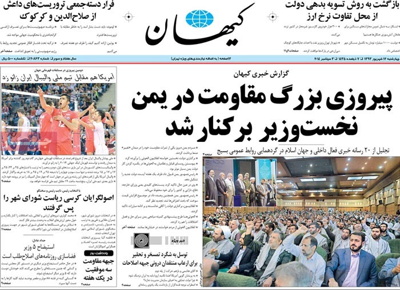