A look at newspaper headlines across the country on September 1

A look at Iranian newspaper headlines across the country on September 1, 2014

A majority of Iranian newspapers on September 1, 2014 put the recent victory the Iraqi military has scored in cooperation with local militias against Islamic State terrorists on their front pages. Some Iranian analysts have credited solid military command and coordination between the Iraqi armed forces and volunteers for the achievement and suggested the role American air cover has played in ending the siege of Amerli is negligible. Here is a review of the newspaper headlines:

Kayhan: “Amerli has been liberated; IS terrorists have suffered a heavy defeat.” The cover story features a photo of Iraqi army vehicles advancing on the positions of the terrorist grouping as part of a “lightning offensive which broke the siege of Amerli”. 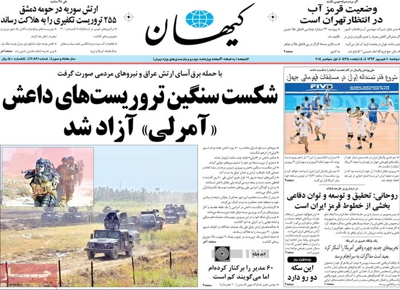 Ettela’at quoted President Hassan Rouhani as telling the visiting Finnish foreign minister that, “Throwing an obstacle in the way of the peaceful nuclear technology is our red line. If P5+1 do not seek to stifle Iran’s advances in science and technology, there will be room for an accord.” At the meeting, the Finnish top diplomat said, “Normalization of EU-Iran ties at a time when the world is grappling with grave and complicated issues is a must.”

Ettela’at: “P5+1 should not take advantage of Iran’s restraint. Unfortunately, there exists a mindset among American politicians that makes them think by imposing sanctions and shouting threats they can get what they want,” Foreign Minister Mohammad Javad Zarif says.

Ettela’at:Vice-President for Religious and Ethnic MinoritiesHojatoleslam Ali Younesi says, “Efforts to promote tourism do not run counter to Islam. Those who incite opposition to the tourism industry seek to channel its profits to other countries.” 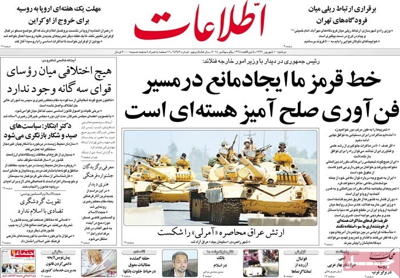 Javan, which unofficially reflects the viewpoints of Islamic Revolution Guard Corps strategists, has highlighted the rather harsh reaction of the Iranian foreign minister to imposition of a new round of sanctions by the US on Iran. It features an analytical report headlined “The wall of mistrust in America rises further” which deals with the potential impact of new sanctions on nuclear talks between Iran and P5+1. It quotes the foreign minister as saying, “Tehran will act in kind in reaction to US sanctions.”

Javan: “With Yemen no longer within Saudi orbit, the fall of Al-Saud dynasty is precipitated.” 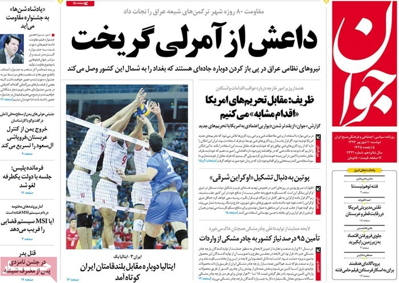 Iran: “An online movement has been formed to say ‘Yes to National Production’”. 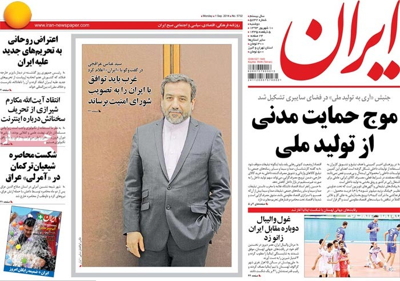 Resalat, a newspaper run by traditional conservatives, leads on an interview with Dr. Seyyed Abdollah Motevalian, a university professor and Middle East expert, which is entitled “An assessment of 40 achievements the [Palestinian] resistance secured in the war with the Zionists”.

Resalat: “The Islamic State has been created to give the US an excuse to interfere in Islamic countries,” said [Former Foreign Minister] Ali Akbar Velayati [who now serves as an adviser to the Supreme Leader for international affairs]. 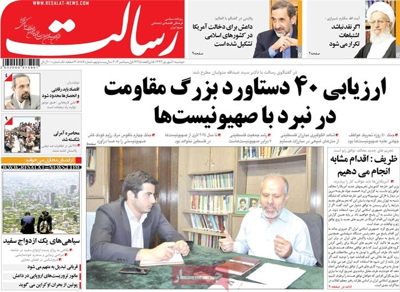 Siasat-e Rooz,whichreflects the views of principlists,leads on new sanctions the US has slapped on Iran in a piece headed “Rusty Options” which tries to suggest Washington wants nuclear talks between Iran and P5+1 to fail. It claims that through sanctions the United States wants to force Iran to leave the negotiating table and then point a finger of blame at Iran for being non-cooperative.

Siasat-e Rooz asks the Iranian diplomacy machine why it is so eager to promote ties with Saudi Arabia in an article entitled, “Riyadh is not reliable”. 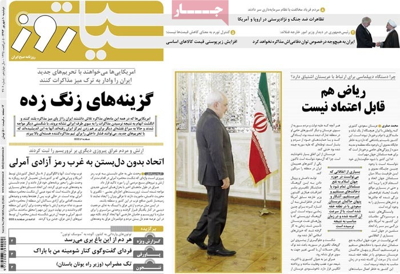 Hemayat: “US plans to build consensus against Russia tumble as cracks appear in the European Union over Russia sanctions”.

Hemayat: “There are not enough judges in the Iranian judiciary,” says the head of the Supreme Administrative Court. 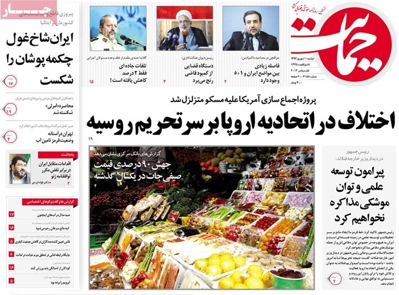 Etemad: Rasoul Montajabnia, a clergyman close to Mehdi Karoubi, has proposed the formation of a single reformist party to replace small groupings. 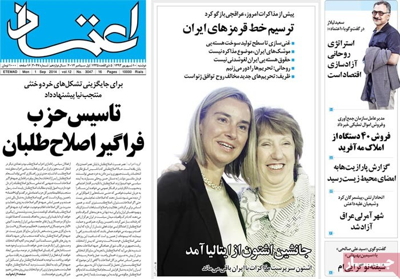