A look at Iranian newspaper front pages on September 25

IFP had a look at the front pages of 13 dailies.

The comments of the Supreme Leader at a meeting with senior military and law enforcement officials dominated the front pages of Iranian newspapers on Thursday. “The experience of the Sacred Defense showed that we can defy the unrealistic expectations of global powers,” Ayatollah Khamenei said. The meetings of President Rouhani with world leaders, particularly British Prime Minister David Cameron, in New York also grabbed a lot of front-page attention.

Abrar: “The reopening of the British embassy [in Tehran] does not need parliamentary approval,” a member of the Islamic Consultative Assembly said. 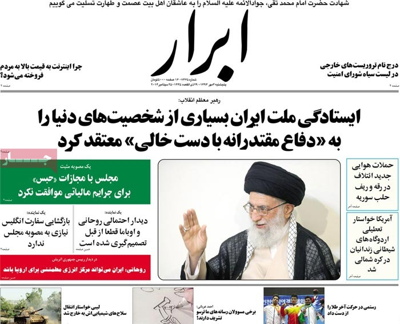 Afarinesh: “If we believe in the logic of our revolution, why should we be afraid of holding talks with others in advance?” Ayatollah Hashemi Rafsanjani asked.

Afarinesh: “As long as our economy remains in the shadows of government policy, our problems won’t be solved,” said Parliament Speaker Ali Larijani. 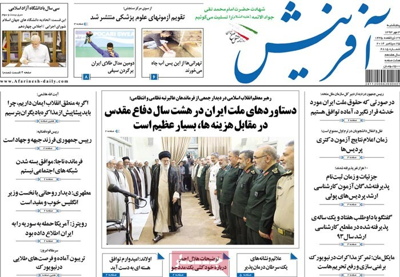 Aftab-e Yazd: “Some are distorting the comments of [the late] Imam Khomeini,” said former Parliament Speaker Nateq Nouri. He further stated that if there were one person faithful to Imam and to the Supreme Leader to the end, that would be Hashemi Rafsanjani. 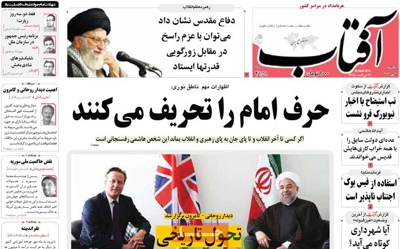 Arman-e Emrooz: “I had the government-issue car for only one and a half months,” said Mohammad Reza Mirtajeddini, the vice-president for parliamentary affairs under Ahmadinejad. His comment came in response to allegations by officials with President Rouhani’s government that their predecessor are not handing back the government items which are at their disposal. 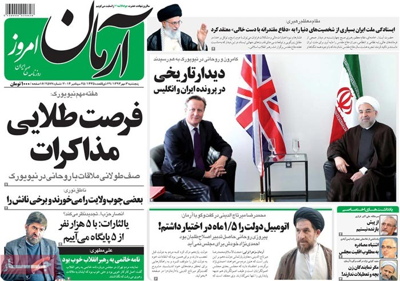 Asrar: “Our most important strategy is to win the [upcoming] legislative election,” said Mohammad Reza Aref [a prominent reformist figure who served as the deputy of President Mohammad Khatami]. 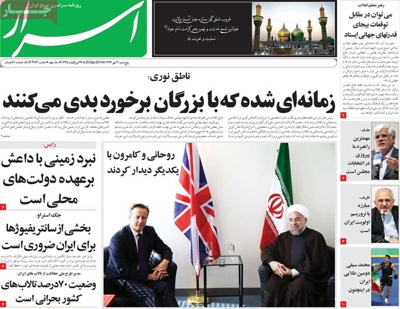 Ettela’at: “Iran’s presence in the fight against IS is necessary,” said the Iraqi president.

Ettela’at: “It is impossible to deprive the public of communications technology,” said the Iranian police chief.

Ettela’at: “Making threats against the Iranian nation is useless; tensions between Iran and the United States should ease,” President Rouhani said in New York on Wednesday. 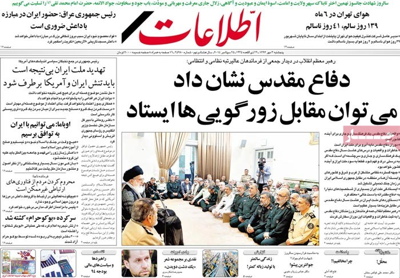 Hamshahri: The Islamic Consultative Assembly has rejected a bill that would have sent those convicted of tax fraud to jail. 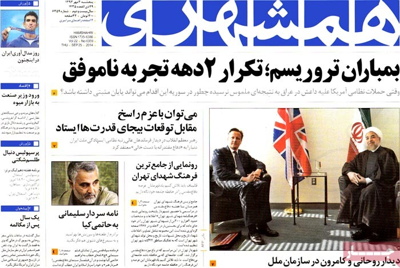 Hemayat: “Iranian athletes bag one gold, four silver medals and a bronze on day five [of the Asian Games in Incheon, South Korea].” In the overall standings Iran is now 8th. 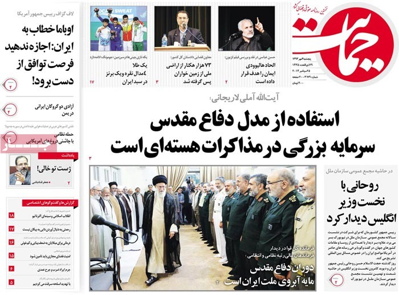 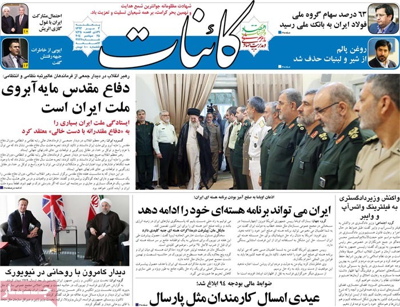 Kar va Kargar: “Iran is on its way to becoming an economic heavyweight,” President Rouhani says. 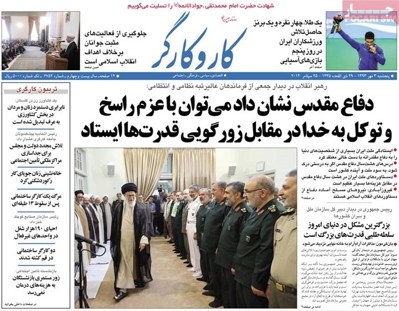 Kayhan: “Had it not been for Iranian assistance, Iraq would have been under the control of terrorists today,” President Rouhani told the UN chief. 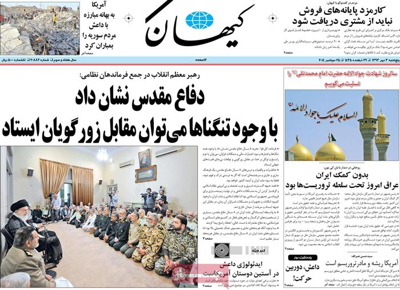 Mardomsalari: “Inflation is expected to slip below 18 percent by yearend,” the Iranian government has forecast. 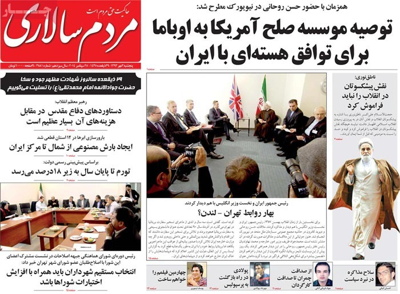 Rah-e Mardom: “Sending a letter by [Former President Mohammad] Khatami to the Leader was a positive move. He should have paid a visit to the leader, but some didn’t allow that to happen,” Ali Motahari, who represents Tehran in parliament, said.