A look at Iranian newspaper front pages on Oct. 9

IFP has taken a look at the front pages of Iranian dailies on Thursday and picked headlines from 16 of them.

Kurdish protests across Turkey against Ankara’s handling of ISIL atrocities across the border in Syria dominated the front pages of many newspapers on Thursday. Also appearing on the front pages was news that Foreign Minister Zarif will meet US Secretary of State John Kerry and EU Foreign Policy chief Catherine Ashton in Vienna next week.

Abrar-e Eghtesadi: “Iran is the sixth most closed economy in the world.” 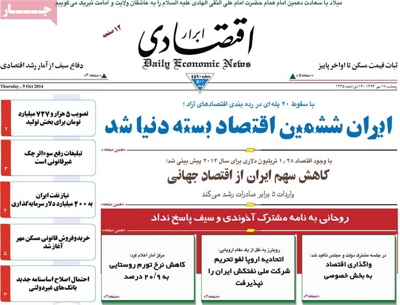 Afkar: “Locally-produced gasoline is not carcinogenic,” the government spokesman said. 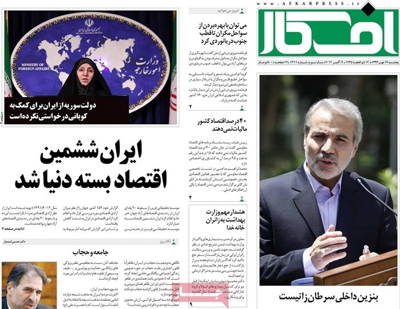 Aftab-e Yazd: “Parliament Speaker Ali Larijani has called on key state institutions to speak with one voice as far as the nuclear issue is concerned.”

Aftab-e Yazd: “A member of the committee investigating Babak Zanjani, who stands accused of massive corruption, has said former President Mahmoud Ahmadinejad had directly ordered his men to cooperate with the young billionaire.”

Aftab-e Yazd: Reformists and Moderates are likely to form a coalition in the upcoming parliamentary elections. Experts believe that [Mohammad] Khatami, representing Reformists, [Ali Akbar] Nateq-Nouri, who represents middle-of-the-road Principlists and [Hashemi] Rafsanjani, who leads the Moderate camp, will lead this coalition. 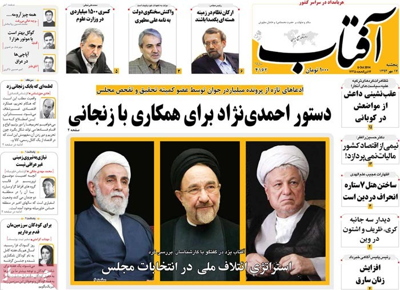 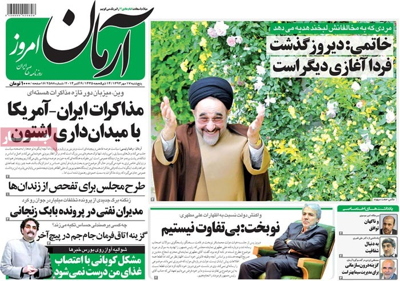 Asrar: “The stage is set for [Iranian] cooperation with all countries in the world, except one [Israel],” Chairman of the Expediency Council Ayatollah Hashemi Rafsanjani said. 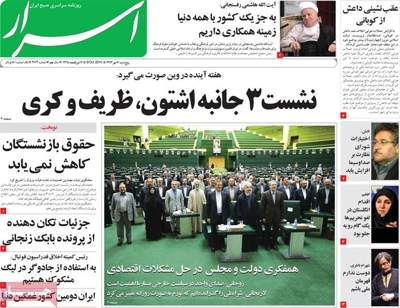 Ebtekar: “Zarif, Kerry, Ashton are to meet in Vienna next week.”

Ebtekar: Prominent Iranian singer, Shahram Nazeri, says, “I don’t want to be a national hero. I just want to remain a singer.” He has also denied rumors that he has staged a hunger strike to protest the plight of fellow Kurds in Kobani, Syria. 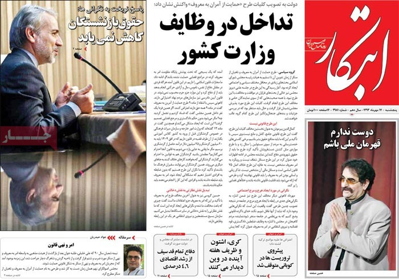 Emtiaz: “Internet filtering is not a proper reaction to dealing with the virtual world”. 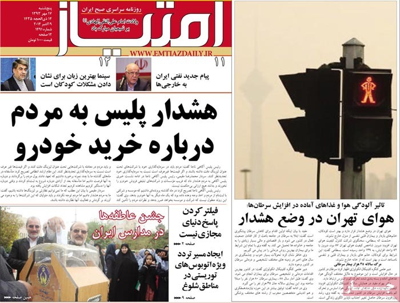 Etemad: “Despite bitter opposition by the government, parliament has taken the first step toward creating a parallel institution to enforce morality laws.”

Etemad: “President Rouhani has ordered cities to be cleansed of beggars and addicts.” 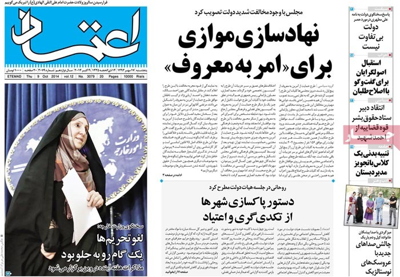 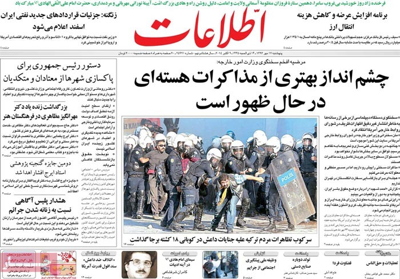 Hadaf va Eghtesad: “Iran cannot be eliminated from global equations,” said President Rouhani in a joint meeting between the Cabinet and parliament. 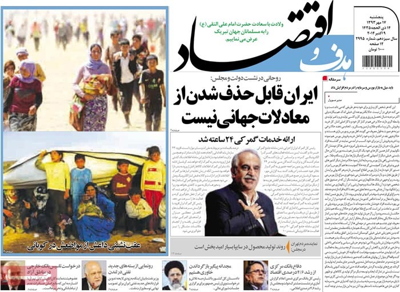 Haft-e Sobh: “The Telecommunications Company of Iran (TCI) has openly complained about a drop in revenues thanks to widespread use of social networking sites.” 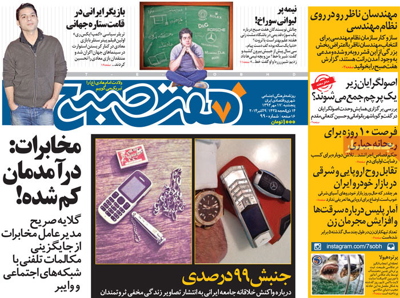 Iran Daily: “Iran will take action on Kobani if asked.” 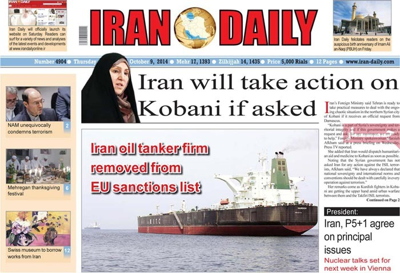 Jahan-e Eghtesad: “Up to 40 percent of the country’s businesses do not pay taxes.” 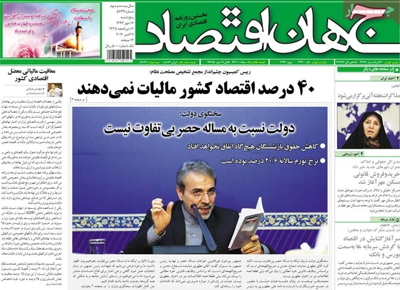 Jomhouri Islami: “Rouhani has injected hope and liveliness to Iran-US interaction,” a US diplomat said. 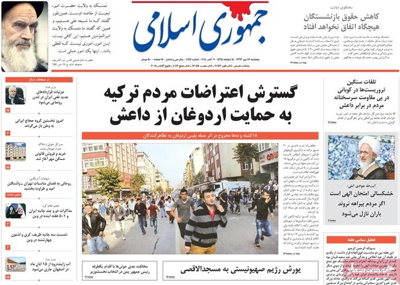 Khorasan: “As many as 274 new cases of cancer are diagnosed across the country on a daily basis.”

Khorasan: “A small group holds a rally outside the Turkish embassy in Tehran to protest ISIL crimes against Kurds in Syria.” 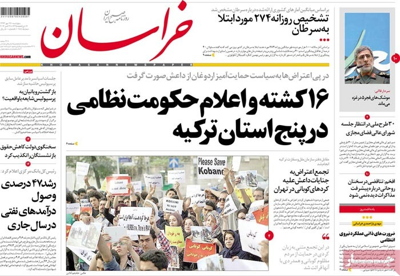 Resalat: “Iran is in no hurry to resume ties with Britain,” said the foreign ministry spokeswoman. 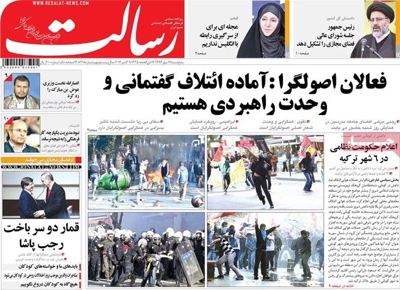