A look at Iranian newspaper front pages on Oct. 4

IFP has taken a look at the front pages of Iranian dailies on Saturday and picked headlines from 16 of them.

A message by the Supreme Leader to mark the annual pilgrimage of Hajj in which Ayatollah Khamenei alerted Muslims to ploys by enemies to create divisions in their ranks dominated the front pages of Iranian newspapers. The gold medal the Iranian volleyball team picked in Asian Games in Incheon, South Korea was another top story of the dailies. Some of the headlines read: “Iran picked a 21st gold medal in Asian Games to break its previous medal record and finish fifth in the overall standings,” and “A dream 56 years in the making comes true; Iran’s volleyball team wins gold medal in the Asian Games in South Korea.”

Abrar-e Eghtesadi: “Arabs have started to sell off the black gold”. 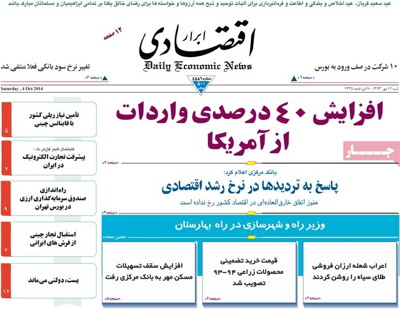 Aftab-e Yazd: The Environment Protection Organization has confirmed that signals that jam satellite channels are carcinogenic.

Aftab-e Yazd: “If necessary, we will deal with Ansar in accordance with the law,” Police Chief Brigadier General Esmail Ahmadi Moghaddam said. His comments come against the backdrop of threats by [Ansar] Hezbollah, a hard-line group, to take the implementation of morality laws into their own hands. 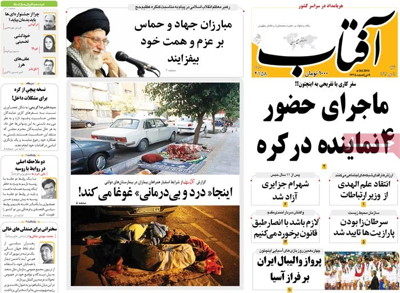 Arman-e Emrooz: “Forty-four MPs are calling for the impeachment of the education minister. Clouds hang over ties between the executive and legislative branches of government.” 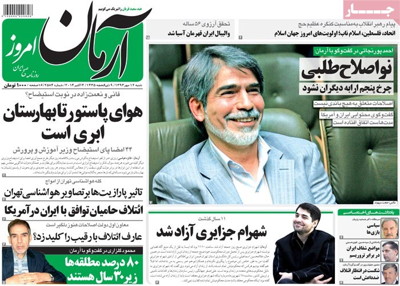 Asr-e Eghtesad: “People are expected to manage how the social networking sites are used,” said the communications minister.

Asr-e Eghtesad: “The subsidies paid for the media will be funneled into the private sector,” said Deputy Minister of Culture and Islamic Guidance Hossein Entezami.

Asr-e Eghtesad: “Wheat stands atop the list of Iran’s imports.” 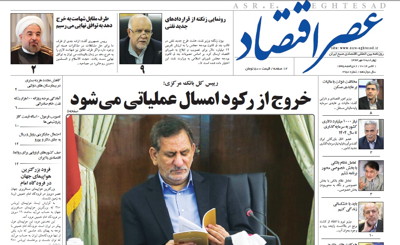 Asr-e Iranian: “An Islam which fans the flames of division is not the true Islam,” said the Supreme Leader. 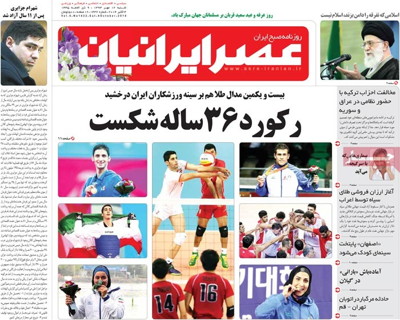 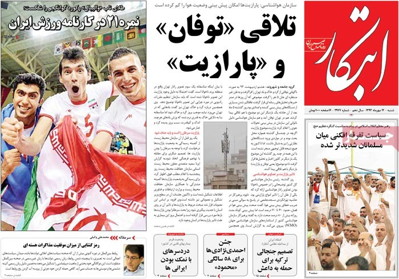 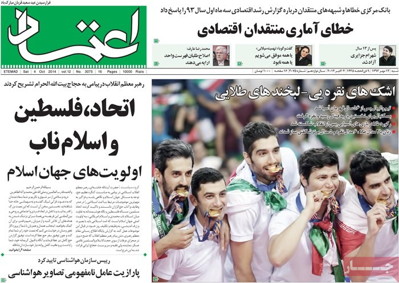 Ettela’at: “Falagh Rocket System has been launched in a ceremony attended by the defense minister.”

Ettela’at: “Unity is the top national and international priority of Muslims,” the Supreme Leader said in his message to Hajj pilgrims. 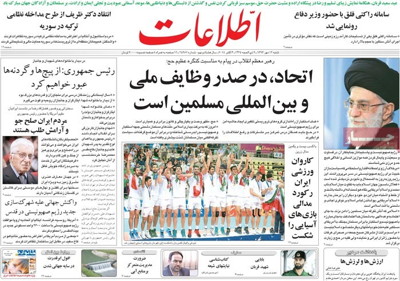 Farhikhtegan: The Ministry of Science has slapped a ban on establishment of new private universities to put an end to the problems associated with student admissions. 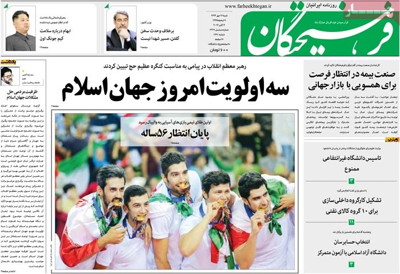 Hadaf va Eghtesad: “Patience practiced by the disabled war veterans and their families offers a big lesson to all people to learn from,” said President Rouhani.

Hadaf va Eghtesad quotes Oil Minister Bijan Namdar Zanganeh as announcing that he has tasked a working group with monitoring the manufacturing of the items the oil industry needs.

Hadaf va Eghtesad: “Operations are underway to complete the drilling of 13 wells in the Kish Gas Field, Iran’s second gas hub in the Persian Gulf”. 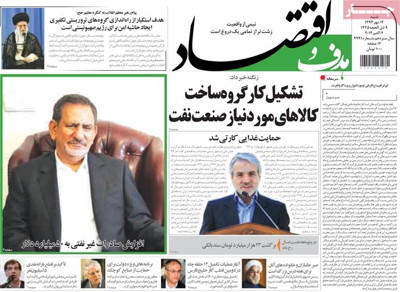 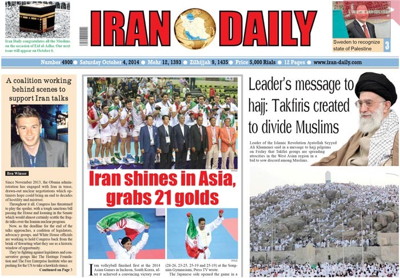 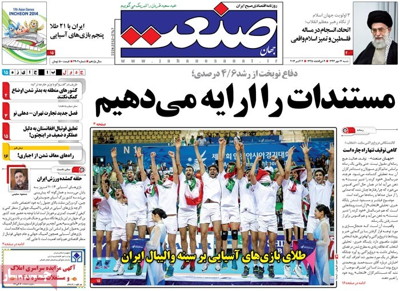 Jomhouri Islami: “That Iran’s economy has posted 4.6 percent growth after eight consecutive quarters of contraction is no myth,” the Central Bank of Iran said. The statement came after a principlist MP dismissed the growth report as more of a dream than reality. 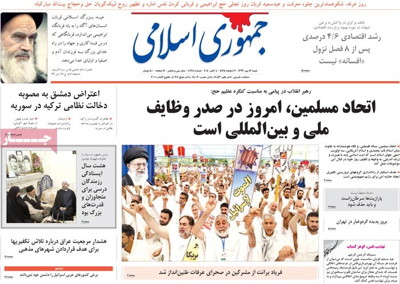 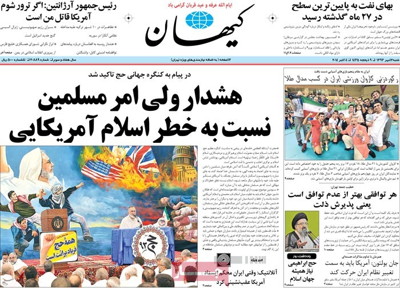 Sharq: “Shahram Jazayeri [who was found guilty of massive corruption and bribery more than a decade ago] has been released from prison after serving out his sentence.”

Sharq: “Iran’s imports from the US registered 40% growth in September over the corresponding period last year.” 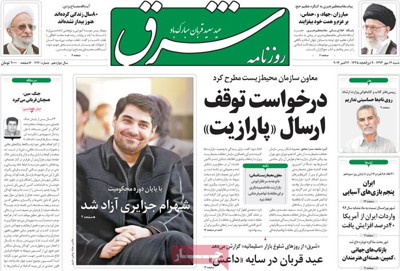 Tafahom: “More than $6 million has been allocated to restoration of Tehran’s Freedom Tower.” 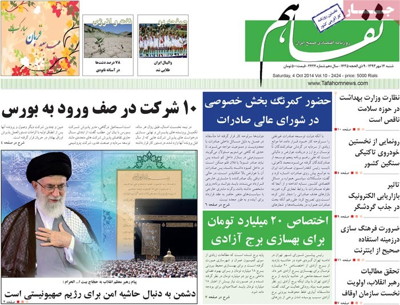