A look at Iranian newspaper front pages on Nov. 5

The climax of ceremonies marking the martyrdom of Imam Hussein, Prophet Muhammad’s grandson, dominated the front pages of Iranian newspapers on Wednesday. Most front pages featured functions attended by senior state officials including the Supreme Leader and members of the public. 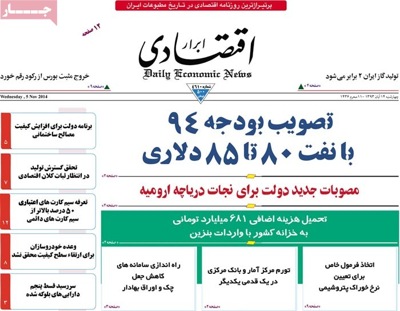 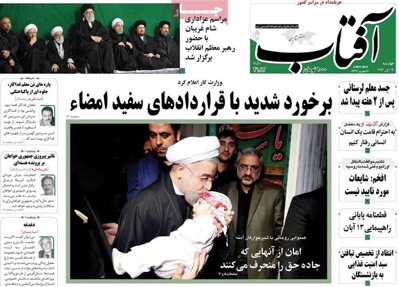 Donyay-e Eghtesad: “The viewpoints of the parties to nuclear talks are getting closer,” said the Speaker of the Islamic Consultative Assembly Ali Larijani. 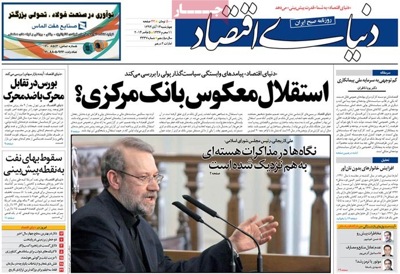 Ebtekar: “[Chairman of the Expediency Council] Ayatollah Hashemi Rafsanjani has called for those who disturb the security of society [a reference to those behind a recent spate of acid attacks] to be brought to justice.” 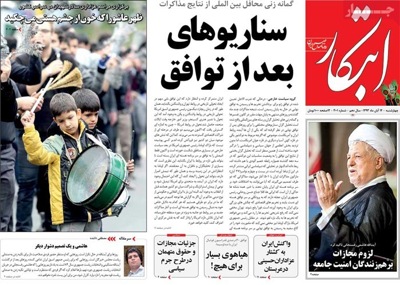 Etemad: “The visit the Iranian delegation paid to the US was cultural, and not political,” the Ministry of Culture and Islamic Guidance said in reaction to the ballyhoo principlist media raised over the visit.

Etemad: “With firm resolve we will be able to strike a deal on all fronts by November 24,” President Rouhani said of nuclear talks. 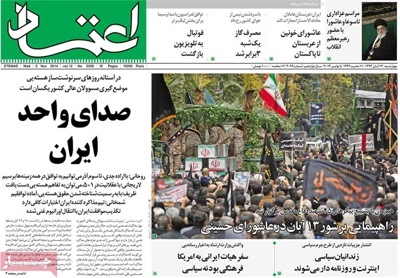 Ettela’at: As many as 60 people were killed and an additional 100 wounded in a terrorist attack in Lahore, Pakistan.

Ettela’at: “If Iran’s nuclear rights are recognized, we are ready to strike a deal,” said Foreign Minister Mohammad Javad Zarif. 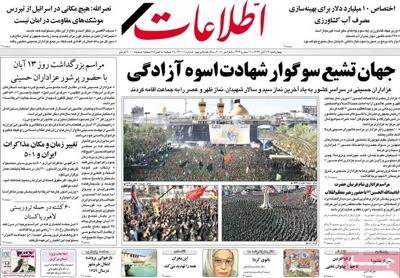 Iran: “Distribution of subsidies to the manufacturing sector started.” 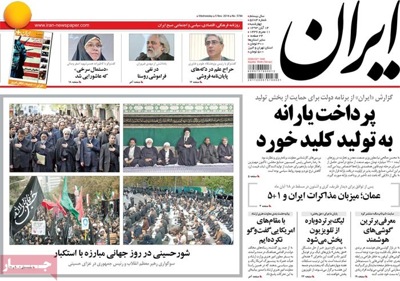 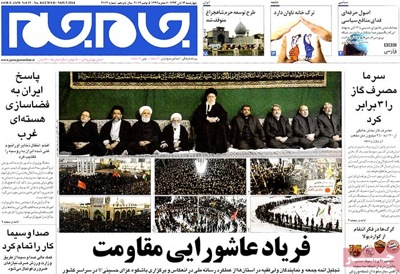 Jomhouri Islami: “Costs of outpatient treatment have been cut in half,” said the deputy health minister. 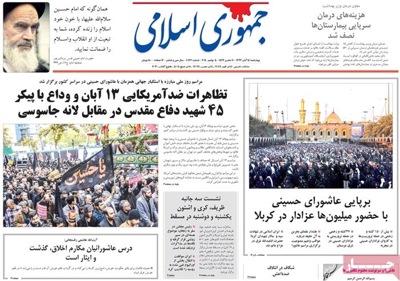 Kayhan: “Imports of gasoline over the last 10 months cost the country more than $220 million.” 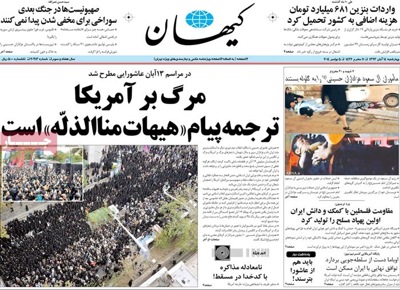 Roozan: “There is no other way than cooperation,” the president told the Norwegian foreign minister. 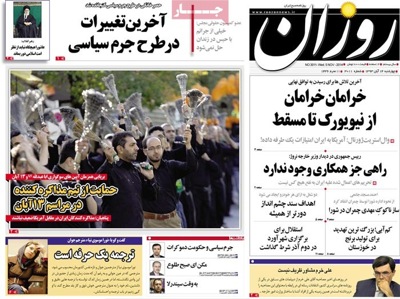