A look at Iranian newspaper front pages on Nov. 29

IFP has taken a look at the front pages of newspapers on Saturday, November 29, 2014, and picked headlines from 16 of them. IFP has simply translated the headlines and does not vouch for their accuracy.

Iranian newspapers on Saturday were dominated by the Supreme Leader’s speech at a meeting with Basij volunteers on nuclear talks in which he supported the country’s negotiating team, and the decision to extend the talks for seven months. Newsweek’s cover story on Major General Ghasem Soleimani, the commander of the Islamic Revolution Guard Corps’ Quds Force, and his role in crushing ISIS in Iraq appeared on the front pages of several dailies too. Also in the news were the 166th session of OPEC in Vienna and its decision to maintain the current output ceiling, something which sent crude prices tumbling on world markets.

Abrar: “We will cross all passes and emerge victorious,” said President Rouhani. 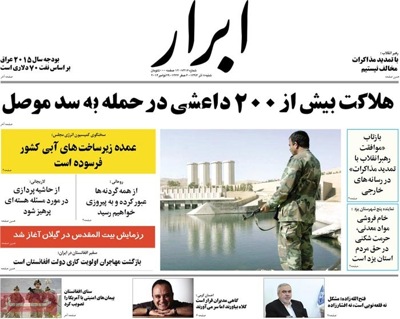 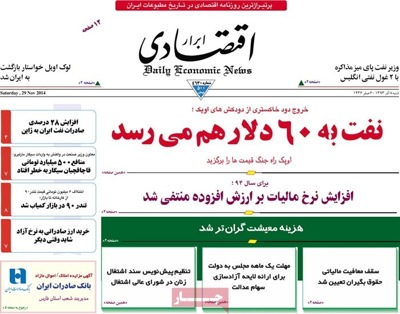 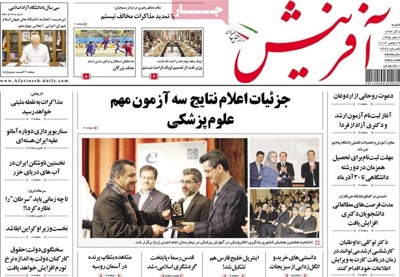 Arman-e Emrooz: “The responsibility to promote virtue cannot be delegated to a certain group. University students are duty-bound to correct deviations,” said Seyyed Hassan Khomeini, the grandson of the late Imam Khomeini. 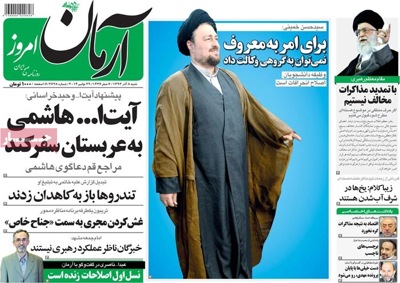 Asrar reports that parliament continues to stand its ground as far as calls for raising the powers of the justice minister go. 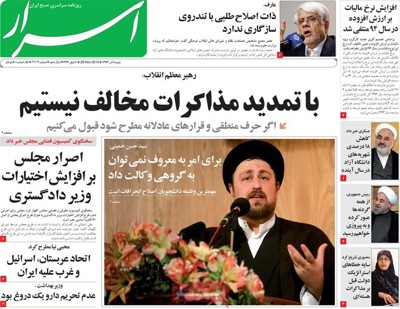 Ebtekar: “For the first time in history, all Iranians have been given healthcare insurance coverage,” said Health Minister Seyyed Hassan Hashemi.

Ebtekar: “A trip by [Ayatollah] Hashemi Rafsanjani to Saudi Arabia holds the key to a breakthrough in [nuclear] talks and will help solve regional problems,” said Ayatollah Vahid Khorasani, a senior Shiite cleric. 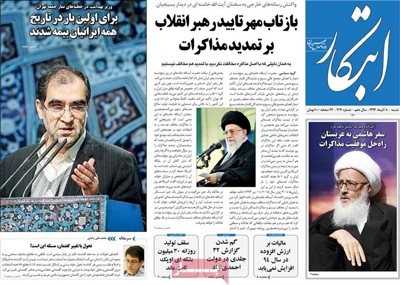 Emtiaz quoted a Tehran deputy mayor as saying that free Wi-Fi Internet will be made available on board public buses in the capital.

Emtiaz:“Four new police stations will be set up in the capital by the end of this year [ending March 2015],” said Tehran’s Police Chief Hossein Sajedinia. 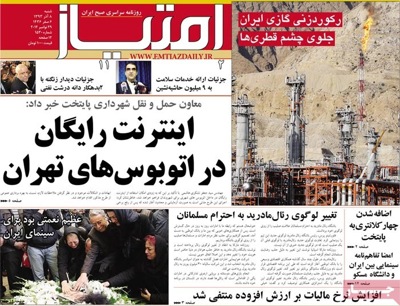 Ettela’at: “All hospitals across the country will be given a facelift by yearend [March 20, 2015],” said the health minister. 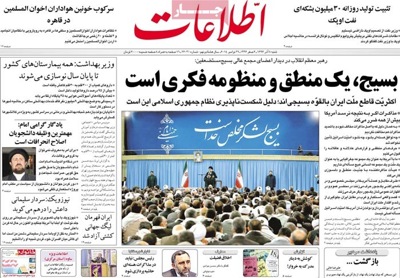 Hemayat: Bime Razi, Iran’s representative in the World Wrestling Clubs Cup –held in the northern Iranian city of Jouybar (Nov. 26-28) – beat the US to claim the title in freestyle discipline. 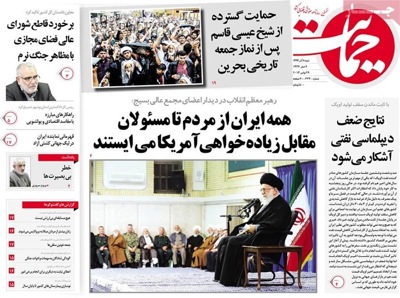 Iran: “The [Iranian] negotiating team is hardworking, sympathetic, steadfast and logical. The inconclusiveness of the talks will be to the detriment of the US. I do not disapprove of the extension of the talks,” said Supreme Leader Ayatollah Seyyed Ali Khamenei. 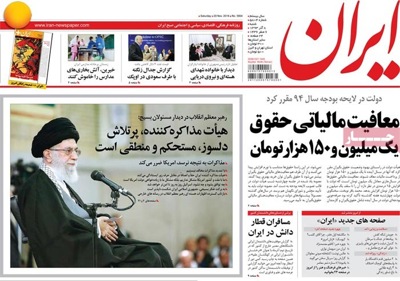 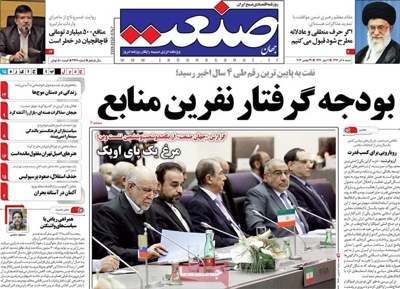 Kaenat put the cover story of Newsweek: “Nemesis: First He Fought America. Now He’s Crushing ISIS” on its front-page and underlined the praise the American weekly news magazine heaped on Commander of the Quds Force, Major General Ghasem Soleimani [for his role in tackling ISIS in Iraq]. 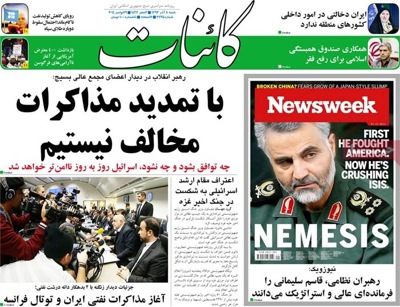 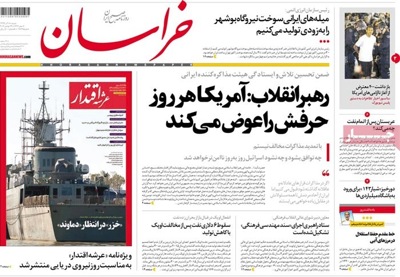 Roozan: A 32-volume report on forms of domestic violence, which had been compiled when reformists were in power in Iran, went missing during the presidency of Mahmoud Ahmadinejad. 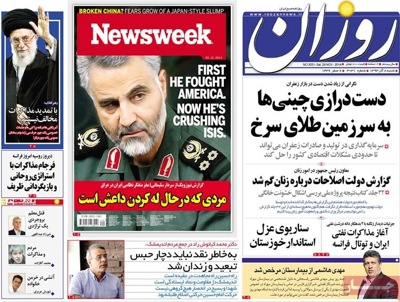 Sepid: “That [life-saving] medical supplies and medicines were exempted from sanctions [against Iran] was a sheer lie,” said the health minister. 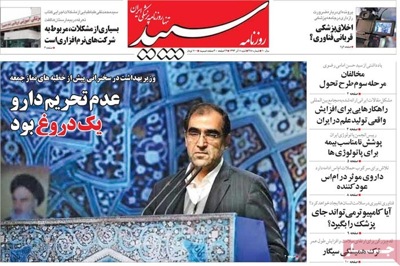 Shahrvand: Plummeting oil prices and a rise in gold prices came in the immediate aftermath of a decision by the Organization of the Petroleum Exporting Countries (OPEC) not to reduce production. 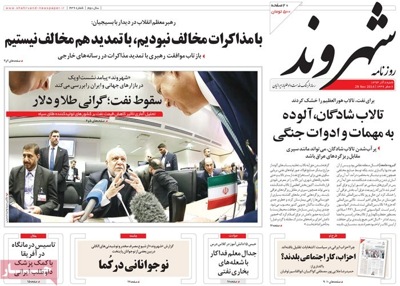