A look at Iranian newspaper front pages on Nov. 24

IFP has taken a look at the front pages of newspapers on Monday and picked headlines from 19 of them. IFP has simply translated the headlines and does not vouch for their accuracy.

The home stretch of ongoing nuclear talks ahead of an end-of-the-day deadline and the guesswork surrounding the results stayed in the front-page headlines Monday. A victory by the Reds against the Blues in the capital’s 79th derby was also in the news. Another headline which appeared on the front pages of some Iranian dailies was a global conference in Qom, central Iran, where Muslim scholars gathered to discuss Takfiri and extremist groups.

Abrar: “Extension of the Geneva Interim Agreement will be on the table as an option if a final deal is not inked [between Iran and P5+1],” said a member of the Iranian negotiating team. 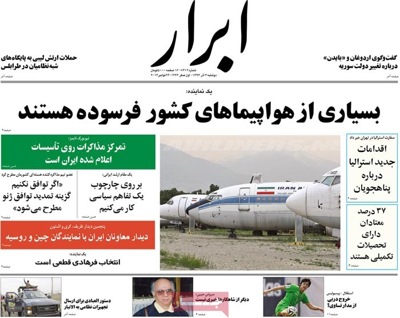 Afarinesh: “Any comprehensive nuclear deal should get the approval of parliament,” said the chairman of parliament’s nuclear subcommittee.

Afarinesh: For the first time direct flights will be established between three German cities and Iranian cities of Mashhad and Tehran. 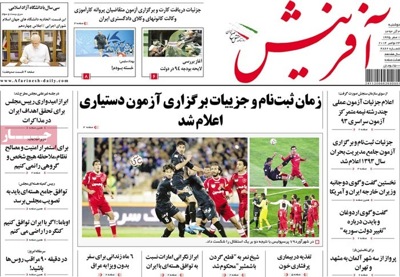 Afkar: The University of Tehran will play host to a national conference on Iran’s elite researchers on November 27. 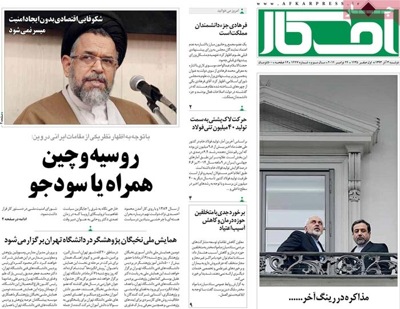 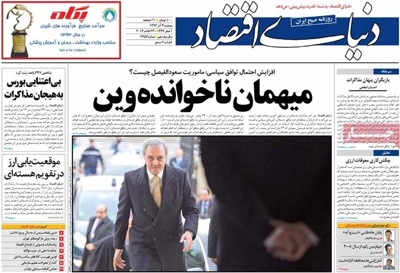 Ebtekar: The Saudis are in Vienna fearing a nuclear deal is clinched between Iran and P5+1. [The Saudi top diplomat was in the Austrian capital for talks with US Secretary of State John Kerry ahead of the November 24 deadline]. 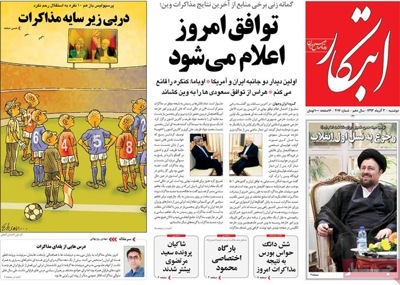 Esfahan Emrooz: More than anybody else, [President] Obama needs a nuclear deal [with Iran]. 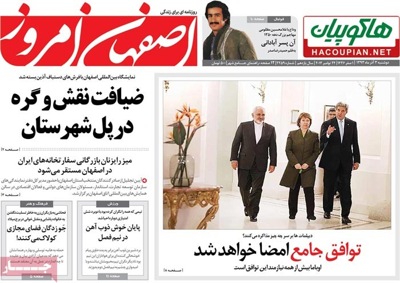 Ettela’at: “The Takfiri current [a reference to the Islamic State of Iraq and the Levant (ISIL)] is an enemy of Islam, Muslims and humanity,” the Global Conference of Muslim Scholars’ View on Takfiri and Extremist Currents announced.

Ettela’at: The pro-Israeli lobby in the US is trying to make nuclear talks between Iran and P5+1 collapse.

Ettela’at:Iran’s Science and Culture Hall of Famers (known as Unforgettable Faces) have thrown their weight behind Mohammad Farhadi, President Rouhani’s fifth pick for the Ministry of Science, Research and Technology. 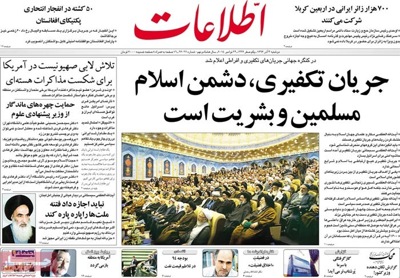 Farhikhtegan: “I’m confident that if we reach a deal that is verifiable […], that not only can I persuade Congress, but I can persuade the American people that it’s the right thing to do,” said President Obama in reaction to the possible conclusion of a final nuclear deal. 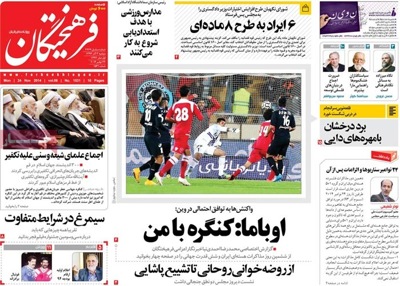 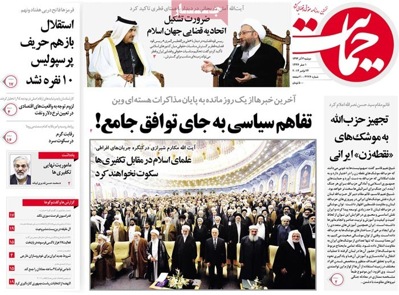 Iran: Iran sets out conditions for the presence of foreign carmakers in the Iranian market: 40-percent customization of cars at the start of the contract; 85-percent customization in a five years’ time; car exports from Iran; improving part-making capabilities; and a regional monopoly for Iran as far as car manufacturing goes.

Iran: Vienna, the venue of the ongoing nuclear talks, the final stopover of seven foreign ministers. 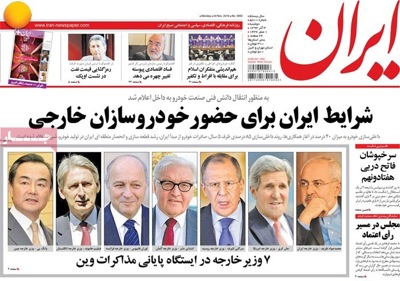 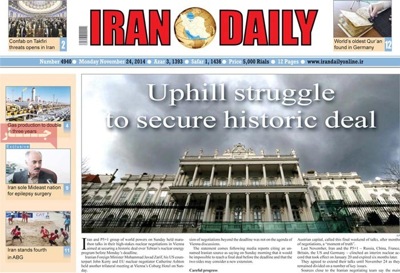 Jahan-e Sanat: Minister of Culture and Islamic Guidance Ali Jannati has asked Iranians to buy works of arts rather than gold. 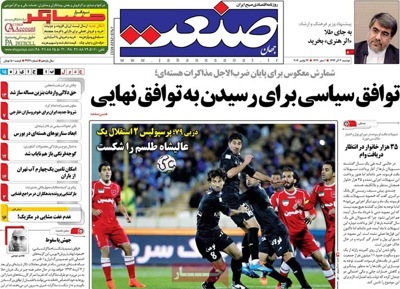 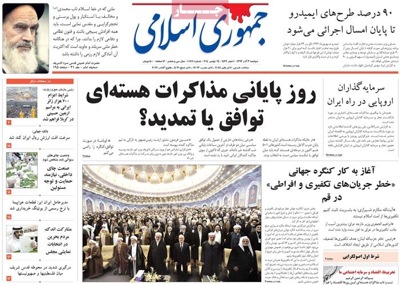 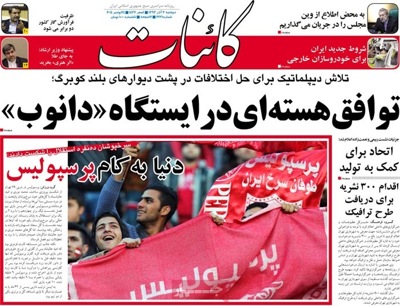 Kayhan: Iranian students have warned in a rally outside Tehran Research Reactor (TRR) that a final nuclear deal should not be inked at the expense of the country’s atomic achievements. Khorasan:“We have started to review the Constitution in order to plug its possible loopholes,” said Abbasali Kadkhodaei, a member of the Supreme Board of Arbitration and Adjustment of Relations among the Three Branches of Government and a former spokesman of the Guardian Council. 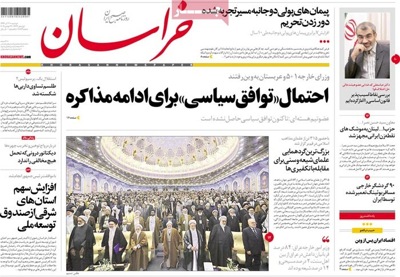 Mardomsalari: “A 33-month spell has been broken”, writes the daily about the capital’s 79th derby between Esteghlal and Persepolis in which the former was defeated 2-1, the first win after almost three years. 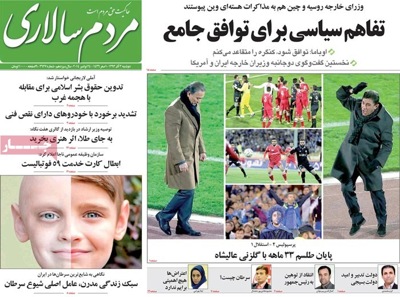 Roozan: “The experience and knowledge of the first generation of the revolution should be tapped into to develop an understanding of the late Imam’s way of thinking.” 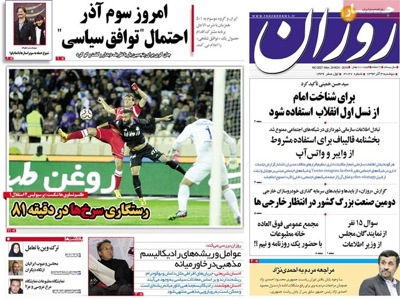 Tafahom: “We will not consider the interests of certain individuals or groups when we try to serve the interests of the establishment and contribute to the cause of sustainable security,” said the intelligence minister. 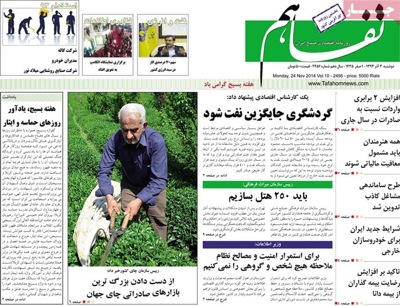