A look at Iranian newspaper front pages on Nov. 2

Most Iranian newspapers dedicated part of their front pages to images of mourning functions attended by people from different walks of life in the build-up to the climax of ceremonies marking the martyrdom anniversary of Imam Hussein, the grandson of the Prophet Muhammad (PBUH). Another highlight was one such service with Islamic Revolution Leader Ayatollah Seyyed Ali Khamenei in attendance.

News of a November 9 meeting between representatives of Iran, the US and the EU in Oman found its way onto the front pages of several newspapers. Also in the news were a warning by the health minister to physicians who charge fees in excess of the Health Ministry tariffs and comments by the Supreme Leader’s advisor on nuclear talks between Iran and P5+1.

Monday and Tuesday are public holidays in Iran, so the next edition of “A look at Iranian newspaper front pages” will appear on our website on Wednesday November 5.

Afkar: “Crisis and insecurity in the region serves no one’s interests,” said Ali Akbar Velayati, an advisor to the Supreme Leader.

Afkar: Iran is to host the 2015 Asian Men’s Volleyball Championship.

Afkar: A member of the Iranian nuclear negotiating team has denied reports that Tehran has reached an agreement with P5+1 on the number of its operating centrifuges. 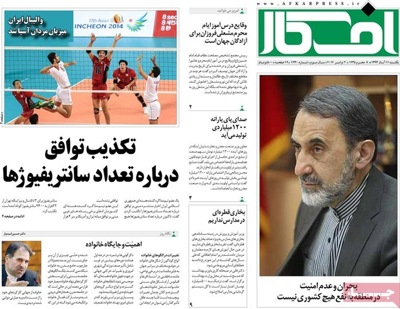 Arman-e Emrooz: “Principlists seem to have entered a race to disavow [former President Mahmoud] Ahmadinejad,” said Mohammad Javad Haghshenas, a member of the Central Council of the National Trust Party. 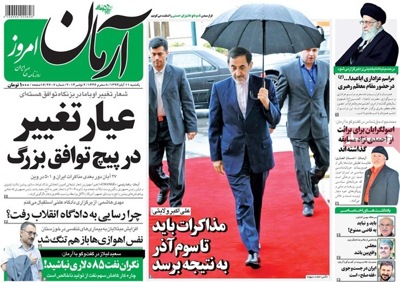 Asia: An official Iranian delegation has traveled to the US to hold talks over a possible visit to Iran by the Pittsburgh Symphony Orchestra (PSO), an American orchestra based in Pennsylvania. A deputy minister of culture and Islamic guidance is part of the Iranian delegation. 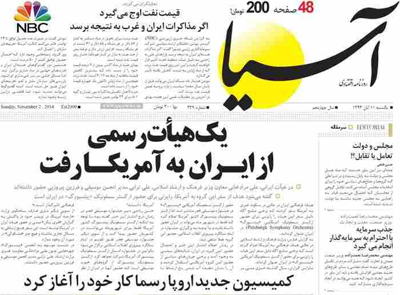 Asr-e Iranian reports a 79th Tehran derby pitting Persepolis against Esteghlal has been pushed back by one week and will now be held on November 28. 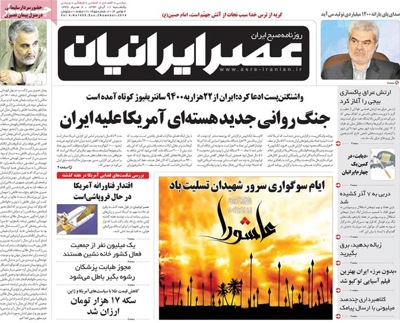 Asrar: The root causes of extremism should be targeted in order to make the ominous phenomenon a thing of the past, said Parliament Speaker Ali Larijani.

Asrar: “Some are not satisfied with the [possible] conclusion of a final nuclear deal,” said the chairman of the Iranian parliament’s National Security and Foreign Policy Committee. 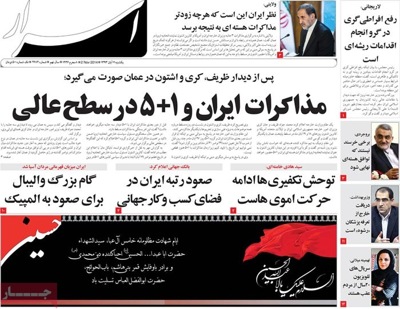 Emtiaz: “Iran will not run into a budget deficit as a result of a slump in oil prices,” said the economy minister. 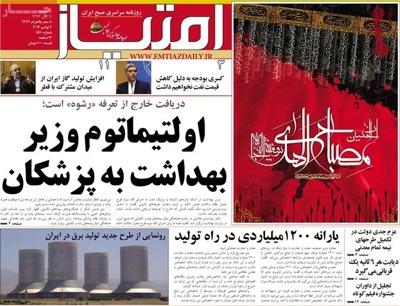 Etemad: Former Vice President Mohammad Reza Aref says that misunderstandings should not create gaps among members of the family of the revolution. 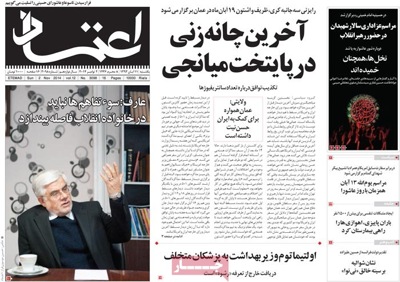 Ettela’at: Baiji, a strategic city in northern Iraq, was liberated. 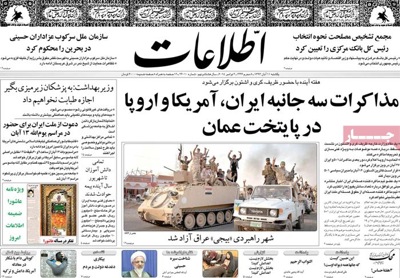 Farhikhtegan: The previous government provided state universities with only 65 percent of their allocated budget. 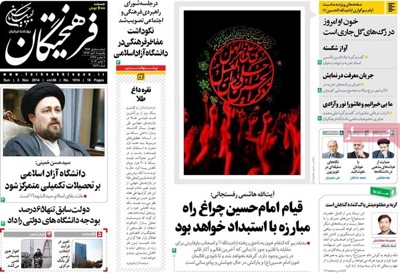 Hambastegi: “Iran has strong political will to reach a nuclear deal [with P5+1 by the November 24 deadline],” said Foreign Minister Mohammad Javad Zarif.

Hambastegi: “Payments outside the authorized tariffs would amount to bribes,” the Iranian health minister warned, saying that the Health Ministry would not allow those physicians who get kickbacks to practice medicine. 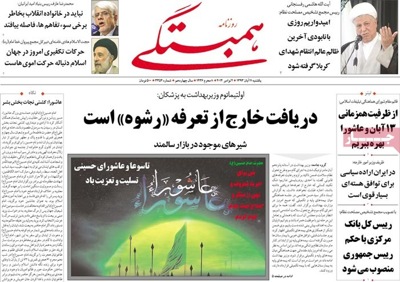 Iran: Autumnal snow has blanketed some regions across Iran, giving a wintery face to these areas. 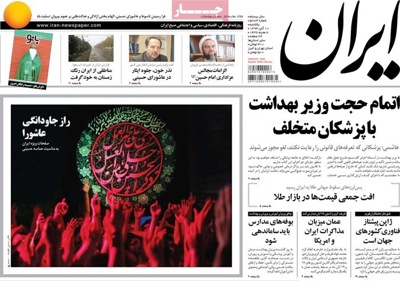 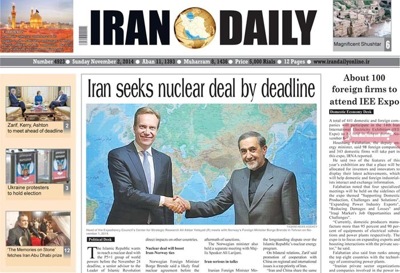 Jahan-e Sanat: The government will offer around $400 million in cash subsidies to the industry sector. 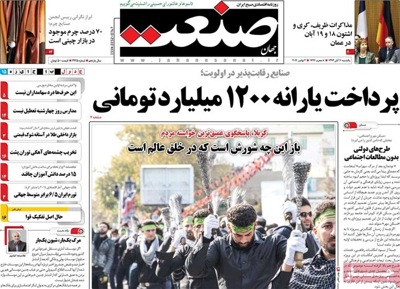 Jomhouri Islami: The White House and Pentagon are at odds over the US strategy in Syria. 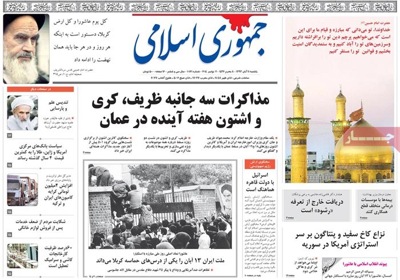 Kaenat: The deputy oil minister has said that Iran has raised gas production in a field it jointly owns with Qatar. 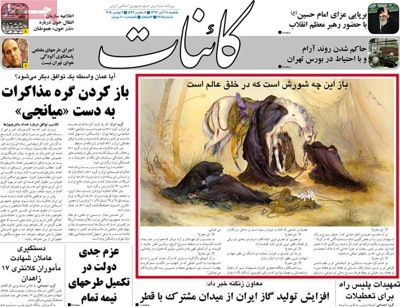 Mardomsalari: Ayatollah Ali Sistani, Iraq’s highest-ranking Shiite cleric, has urged the Baghdad government to lend support to the Sunni tribes in the face of ISIL attacks. 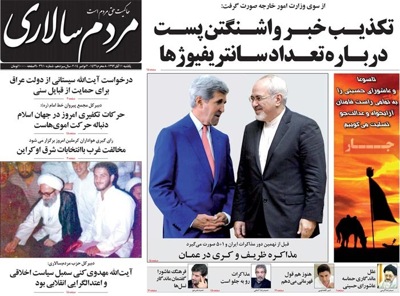 Qods: The price of the standard gold coin traded in Iranian markets has dropped less than six dollars. 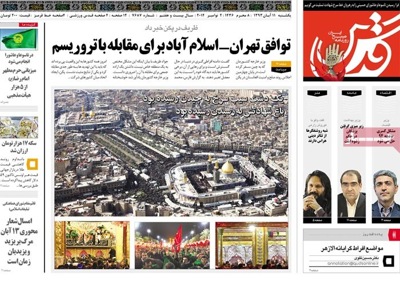 Resalat: Commander of the Islamic Revolution Guards Corps’ Naval Force Rear Admiral Ali Fadavi says that IRGC has on its agenda plans to see to it that the US leaves the Persian Gulf.

Resalat: “Iran has honored its nuclear commitments, but P5+1 has failed to do so,” said Ali Akbar Velayati, the president of the Expediency Council’s Center for Strategic Research. 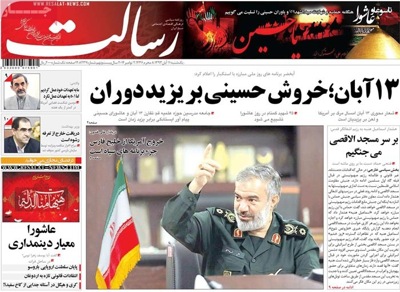 Tejarat: Under a decision adopted by the Expediency Council, the president will name the governor of the Central Bank of Iran.

Tejarat: The marathon nuclear talks are to continue in Oman on November 9-10. 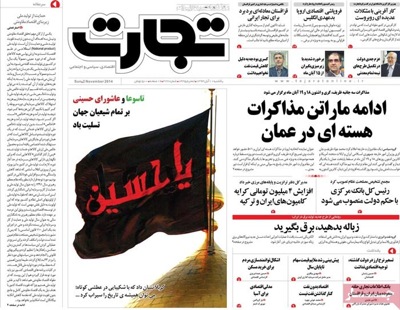 Vatan-e Emrooz: “The second setback for the US space industry in less than a week,” wrote the daily in reference to spaceship crashes in the US. 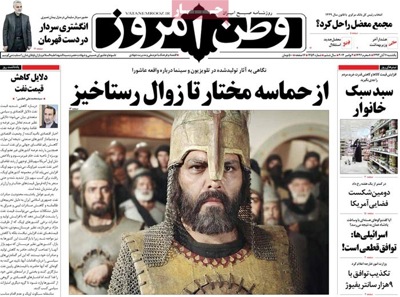