A look at Iranian newspaper front pages on Jan. 7

The presence of Foreign Minister Mohammad Javad Zarif in parliament to answer questions by MPs about how nuclear talks with P5+1 are managed was on the cover of many Iranian newspapers on Wednesday. The apparently unstoppable drop in crude prices on global markets and a plan by MPs to cut the dependence of the country’s budget on oil revenues made front-page headlines too. 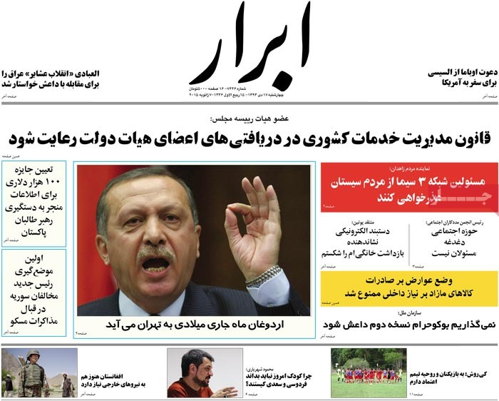 Abrar-e Eghtesadi: Japanese refineries have renewed their purchase of Iranian oil for 2015. 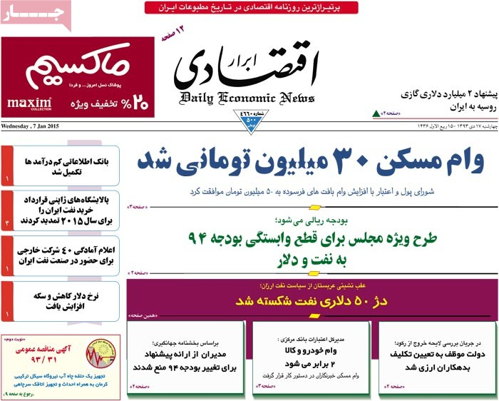 Asr-e Rasaneh: The head of the Chamber of Commerce has warned about the growth of corruption. 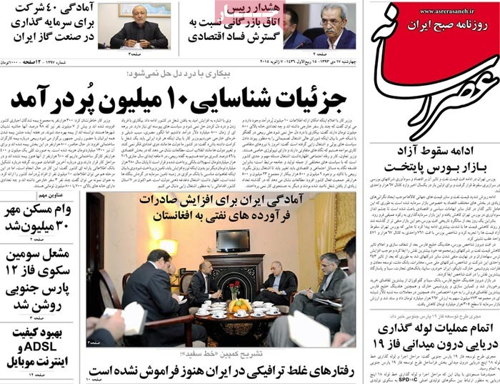 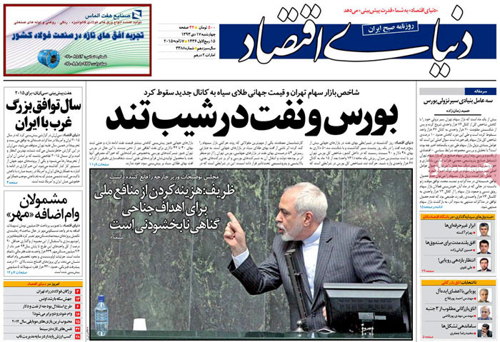 Ebtekar: “Next round of nuclear talks [between Iran and P5+1] will open in Geneva on January 18,” said Iranian Deputy Foreign Minister Seyyed Abbas Araghchi. 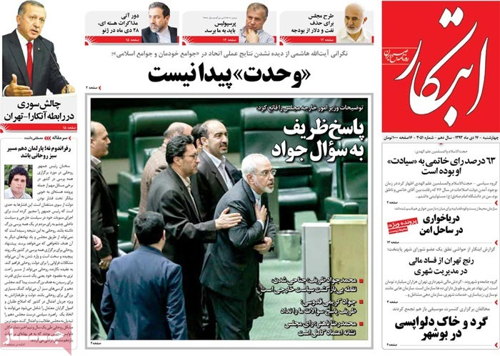 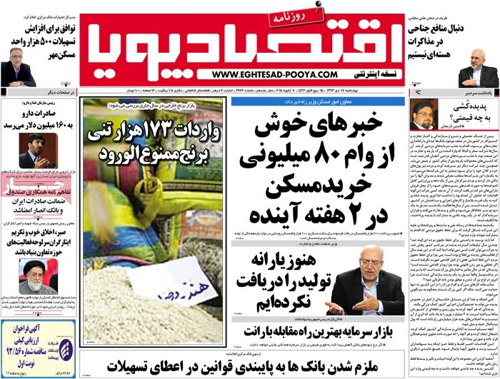 Emtiaz: Imports of rice and sugar have been banned. 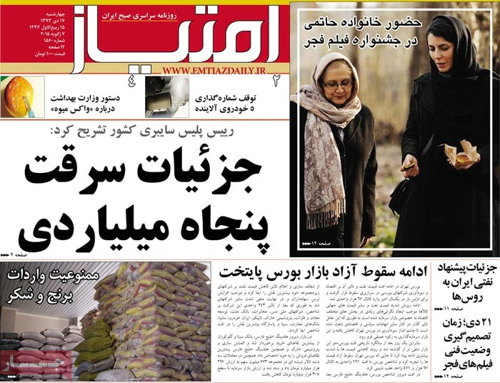 Ettela’at: License plates won’t be issued to five makes of car because they pollute the air. 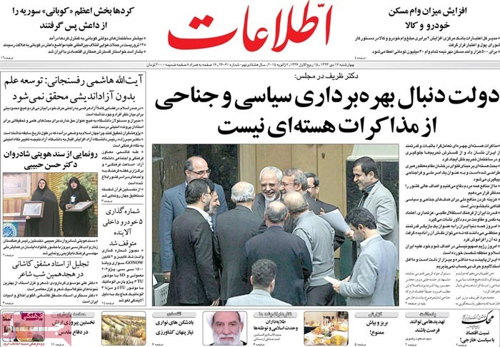 Hambastegi: “The Intelligence Ministry nips any security threat in the bud,” vowed the Iranian intelligence chief. 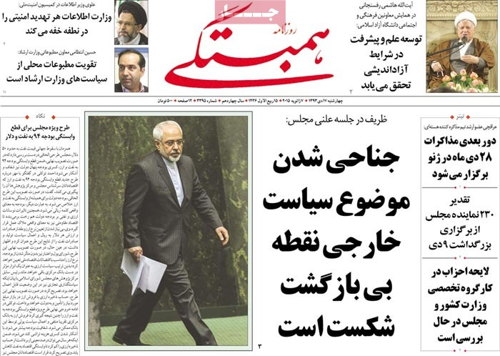 Hemayat: In a statement 230 MPs reiterated that the continued house arrest of the seditionist leaders [presidential candidates who disputed the results of the 2009 elections and sparked widespread unrest] is legal. 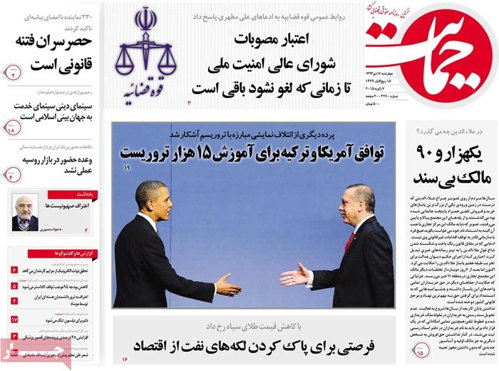 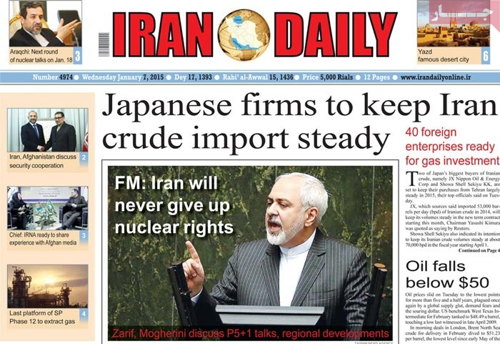 Jamejam: The licences of five doctors who kept overcharging patients even after the Health Ministry urged them to stop have been revoked permanently. 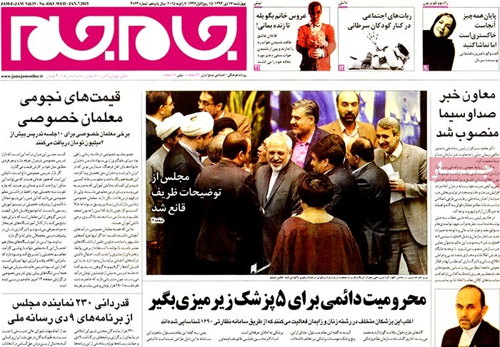 Javan: The judiciary has released a statement in response to an open letter principlist MP Ali Motahari sent to it with regard to the continued house arrest of those who sparked post-election unrest in 2009. Motahari does not seem to know the difference between house arrest, detention and punishment, the statement says. 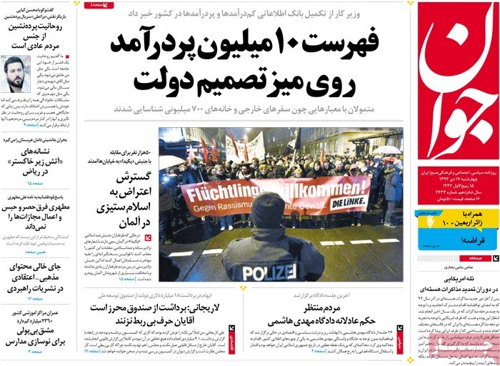 Jomhouri Islami: The explanations of Foreign Minister Zarif about the trend of nuclear talks in parliament satisfied the MPs.

Jomhouri Islami: “Extremism is a deadly virus. The Muslim world is now grappling with the scourge of division,” said Chairman of the Expediency Council Akbar Hashemi Rafsanjani in a gathering of Azad University officials. 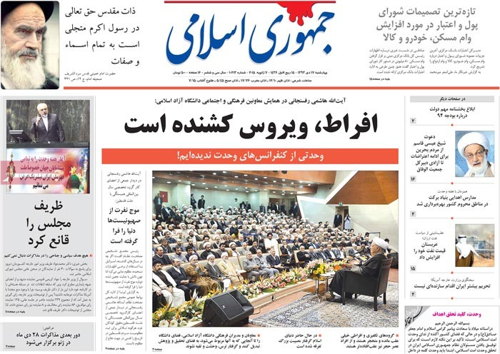 Kaenat: The Iranian Oil Ministry says it is in talks with Afghanistan to sell crude oil to our neighbor to the east. 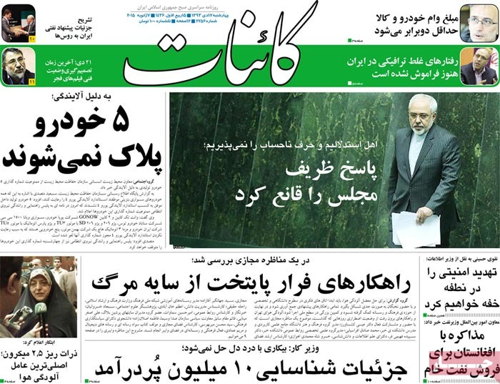 Kayhan: “Government should stop threats and interference; parliament has a duty to supervise,” said Parliament Speaker Ali Larijani in reference to illegal withdrawal by the government of money from the National Development Fund. 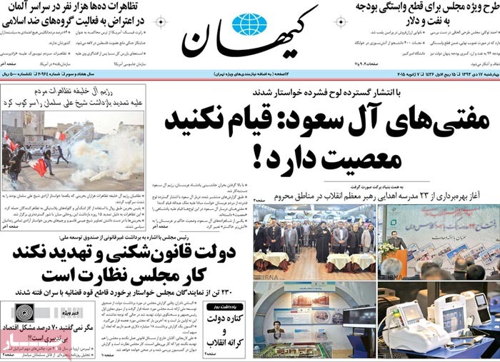 Khorasan: Oil prices have dipped below $50 a barrel. 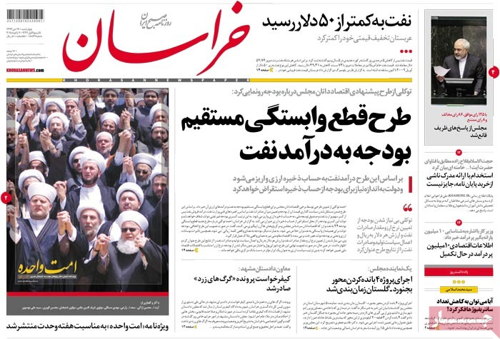 Resalat: “Some 10 million high-income individuals have been identified,” said the minister of welfare.

Resalat: Police say a huge soccer betting ring that operated across the nation has been busted. 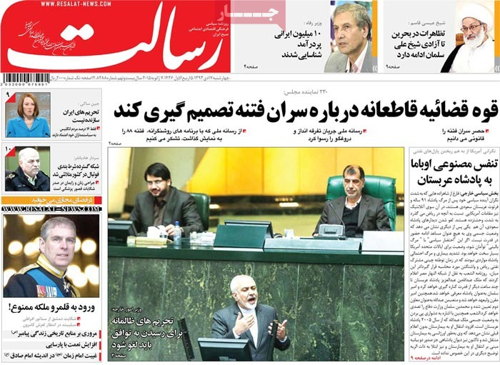 Sharq: Parliament has unveiled a plan to cut the dependence of the country’s budget on petrodollars. 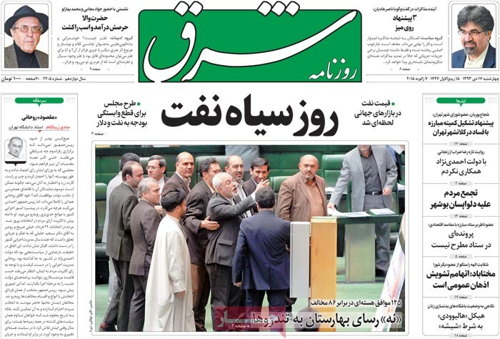