A look at Iranian newspaper front pages on Jan. 6

The comments of Judiciary Deputy Chief Gholamhossein Mohseni Ejei on a wide range of issues, including cases involving Babak Zanjani, who stands accused of corruption, and former vice-president Mohammad Reza Rahimi and the possible prosecution of two presidential candidates who disputed the results of the 2009 vote and thus sparked riots were on the cover of many Iranian dailies on Tuesday. Apprehension of the members of a terrorist cell in the southeast by the Islamic Revolution Guard Corps appeared on the front pages of several newspapers too.

Aftab-e Yazd: “Police support promoters of virtue as long as they do not get physical in promoting virtue and preventing vice,” said Police Chief Brigadier General Esmail Ahmadi Moghaddam. 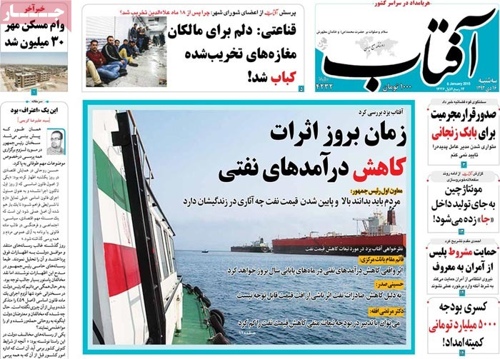 Arman-e Emrooz: The Islamic Revolution Guard Corps has arrested three people who sought to join IS.

Arman-e Emrooz: With a new round of nuclear talks approaching, hardliners are trying to stir up tension. 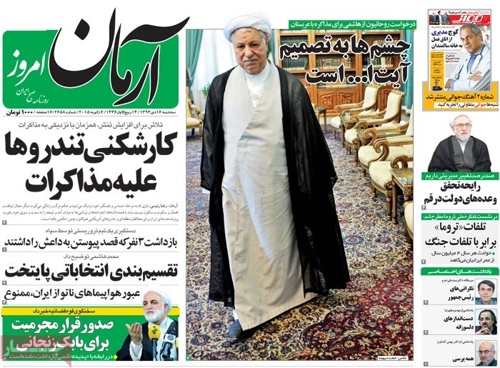 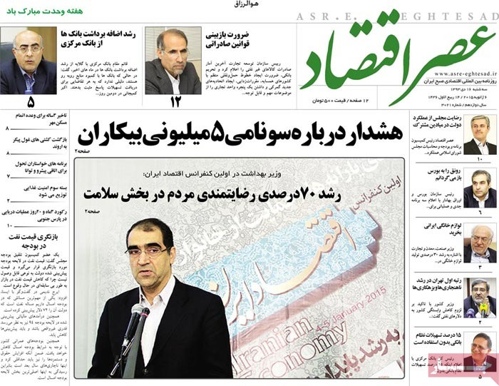 Asrar: “An 8 percent minority does not want to accept the policies of the government,” said political analyst Sadegh Zibakalam. 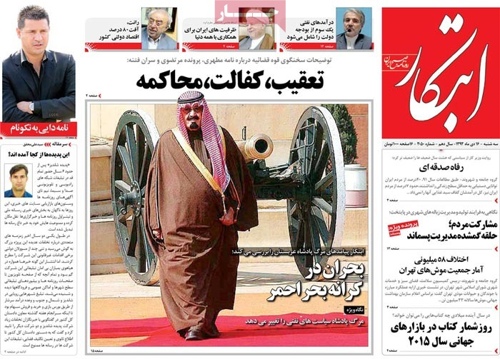 Emtiaz: Road accidents in Iran claim one life every 20 minutes. Iran is first in the Middle East when it comes to the number of road deaths.

Emtiaz: A big fire swept through a furniture market in southwest Tehran. Esfahan Emrooz: Students in Isfahan have developed a motorcycle that runs on electricity. 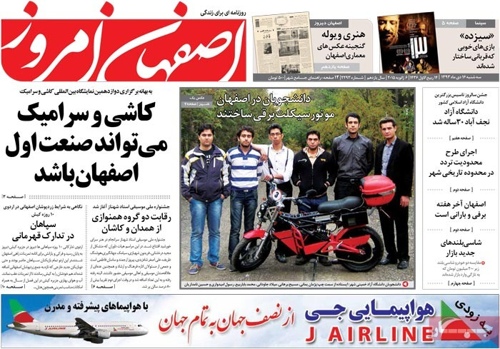 Etemad: “Some of the issues Ali Motahari [a principlist MP] has mentioned in his letter [to the judiciary] are false and actionable,” said the spokesman of the judiciary. 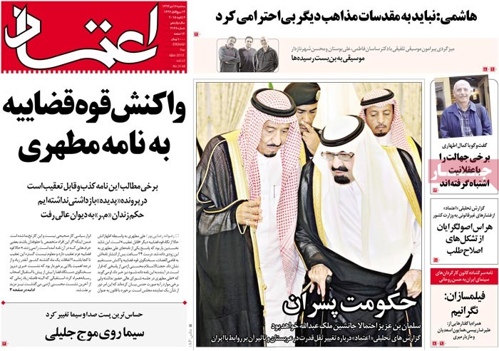 Hambastegi: “Tehran is first when it comes to growth in the number of delinquency cases,” said the interior minister. 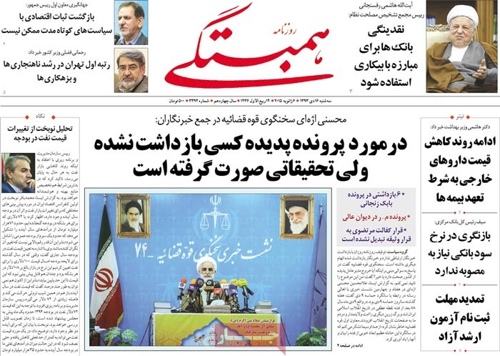 Hamshahri: A court has sentenced to death a young man for assaulting women in Jahrom, in the southern province of Fars. 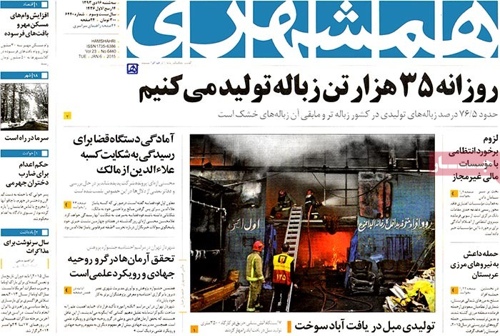 Hemayat: The drop in oil prices cannot deal a blow to Iran’s economy. 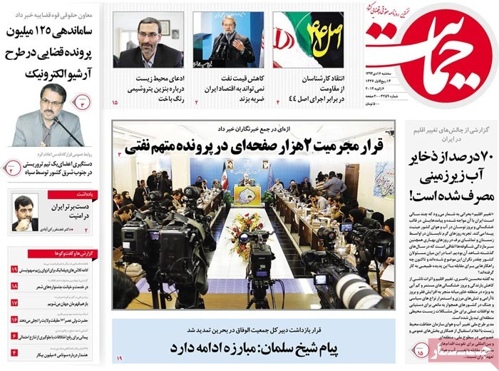 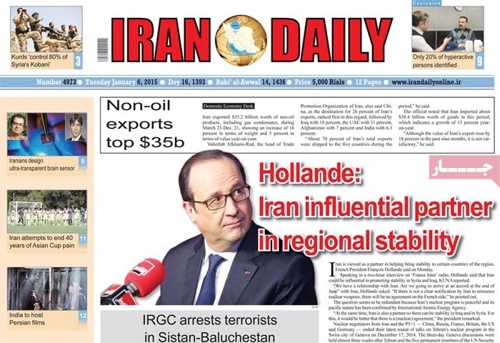 Jahan-e Sanat: The judiciary spokesman has said that Mousavi and Karroubi [who are under house arrest for sparking post-election unrest by disputing the results of the presidential vote in 2009] can be tried as soon as possible. 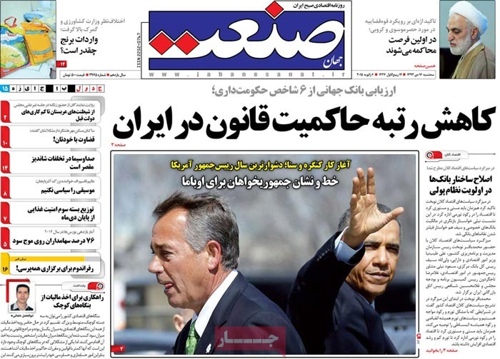 Javan: In a conference on Iran’s economy, a minister, an advisor to the president and a number of economists admitted that the government does not dare make major economic decisions. 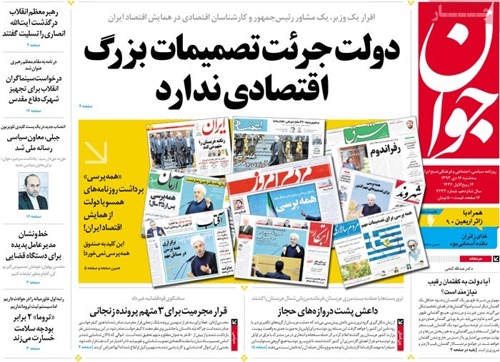 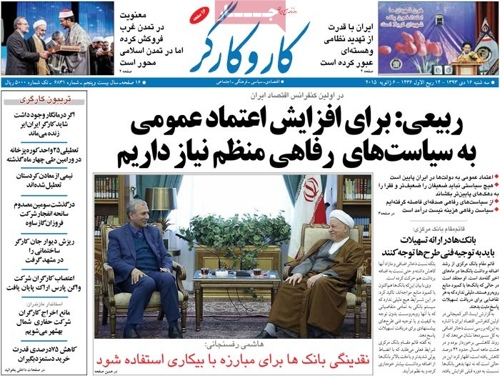 Kayhan: The Supreme Leader has issued a message of condolences following the demise of Ayatollah Ansari Shirazi [a senior seminary scholar]. 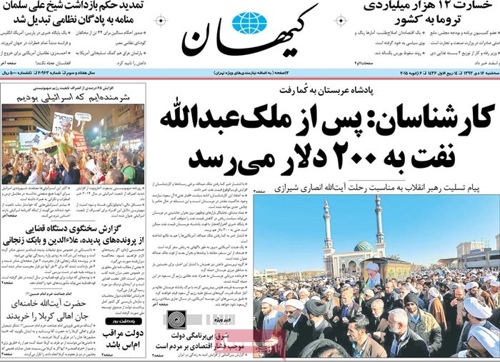 Resalat: “Some 80 percent of the country’s economy is still in the hands of the government,” said business magnate Asadollah Asgar-Oladi. 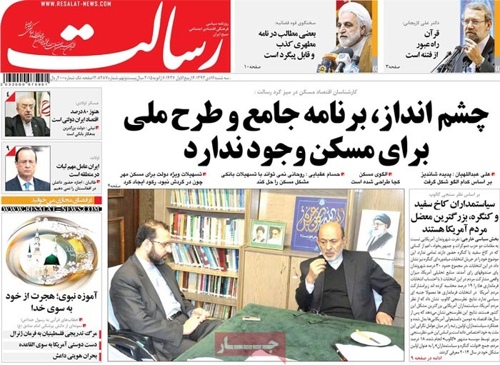 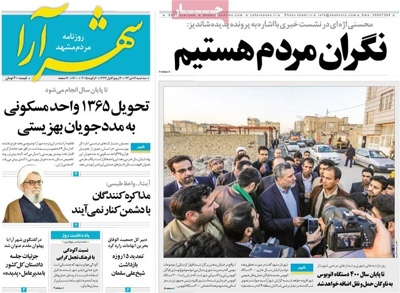 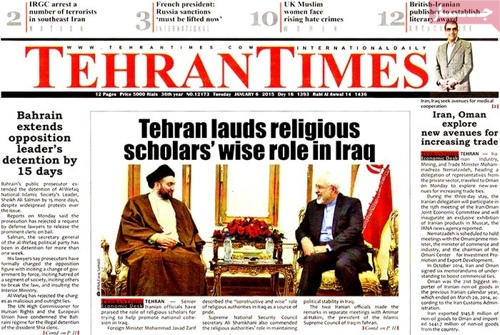