A look at Iranian newspaper front pages on Jan. 5

Most Iranian dailies on Monday led on a first conference on economy held in Tehran a day earlier. In the conference the president said the Iranian Constitution envisions referendums on important topics. Comments by the governor of the Central Bank that financial institutions that operate without proper documentation will be closed down also dominated the front pages of the Iranian dailies.

Abrar: The government spokesman has said a decline in oil prices won’t bring Iran to its knees. 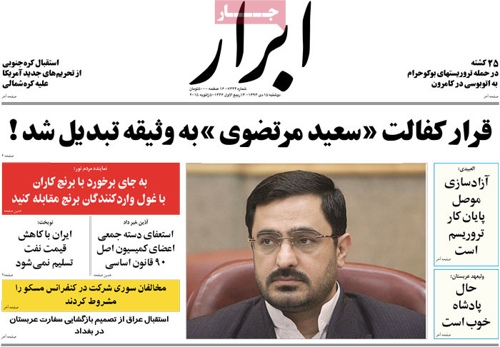 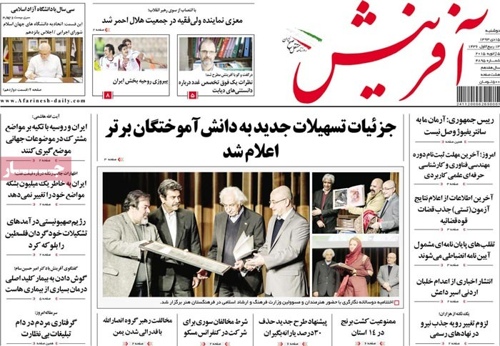 Afkar: The Iranian foreign minister has offered condolences to Indonesians who lost loved ones in an AirAsia plane crash in later December. 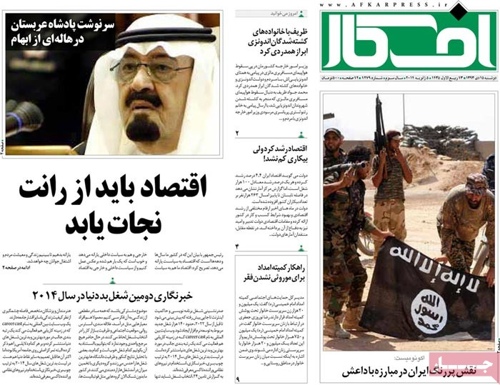 Aftab-e Yazd: Members of parliament’s Article 90 Committee have quit their seats on the committee en masse. 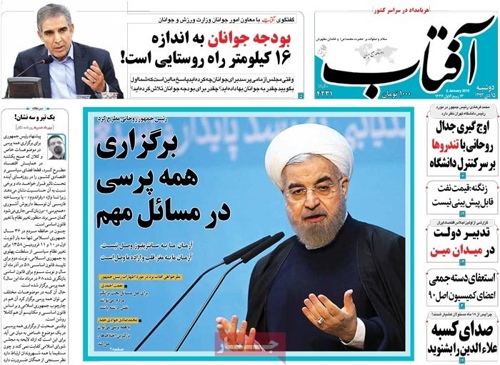 Arman-e Emrooz: “Our cause is not linked to centrifuges. The constitutional provision that allows holding referendums [on important questions] can be invoked. We should rid our economy of rent-seeking,” President Hassan Rouhani told a conference on Iran’s economy.

Arman-e Emrooz: “The Iran offices of 17 satellite channels based abroad have been shut down,” said a deputy intelligence minister. 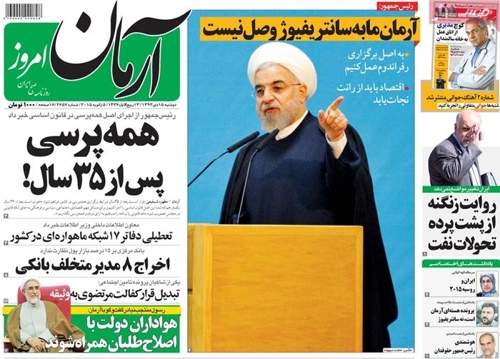 Asr-e Rasaneh: “When a third phase of the Targeted Subsidies law will be implemented has yet to be determined,” said the president’s chief of staff. 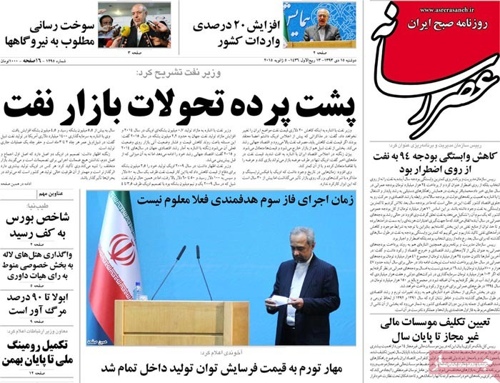 Asrar: “There are murmurs that an Iran-US joint chamber of commerce is being formed,” said Mohammad Reza Behzadian, a former head of Tehran Chamber of Commerce. 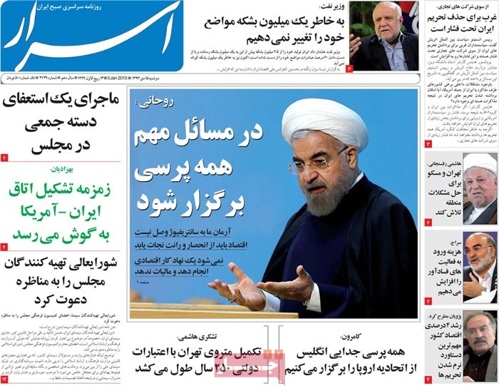 Emtiaz: The National Youth Organization will be reinstated next year [starts March 21, 2015].

Emtiaz: A House of Artists commemorative stamp has been unveiled. 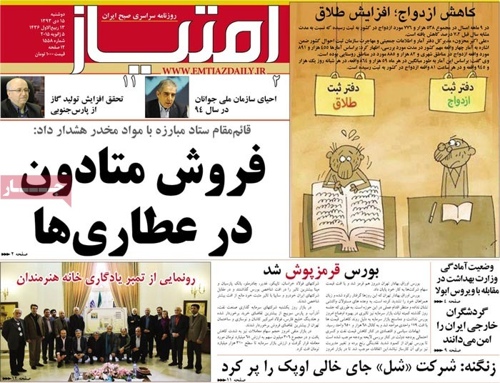 Ettela’at: Parliament has given the green-light to foreign investment in oil, gas, water and electricity sectors. 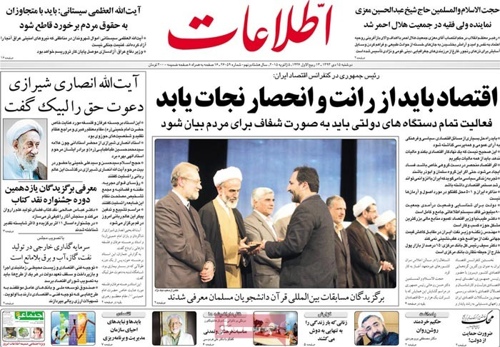 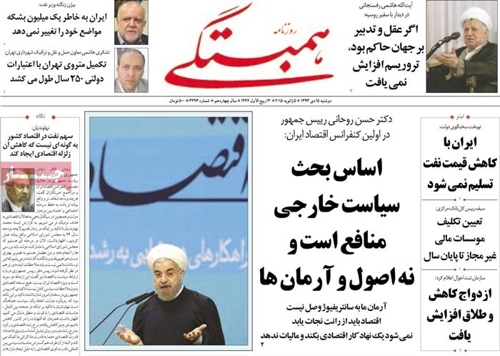 Hemayat: The judiciary chief has named two judges to look into administrative offenses at the Presidential Office.

Hemayat: In the first conference on Iranian economy no one stepped forward to take the blame for the economic woes of the country. 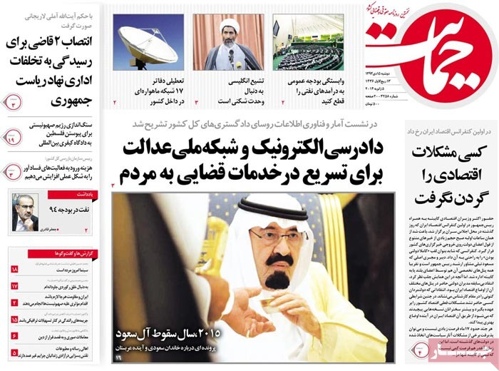 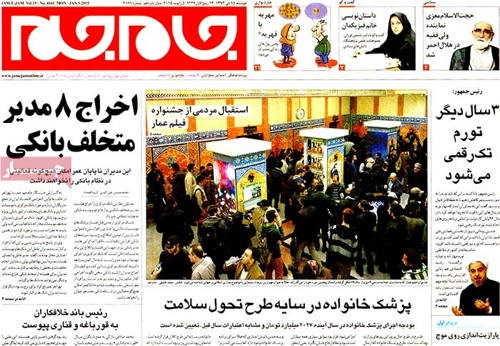 Javan: All the president’s economists got together for a conference that produced no practical results. 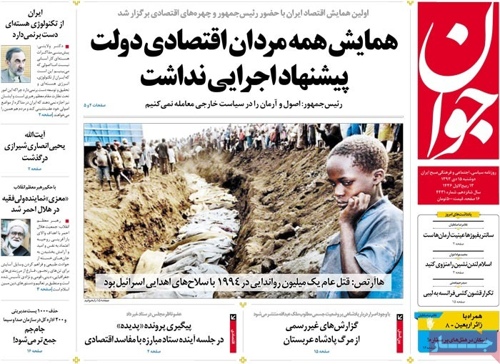 Jomhouri Islami: Parliament has required the executive branch to lend support to manufacturers.

Jomhouri Islami: “If global decisions are made based on prudence, the world won’t see a rise in terrorist attacks,” said the chairman of the Expediency Council in a meeting with Russian ambassador to Tehran. 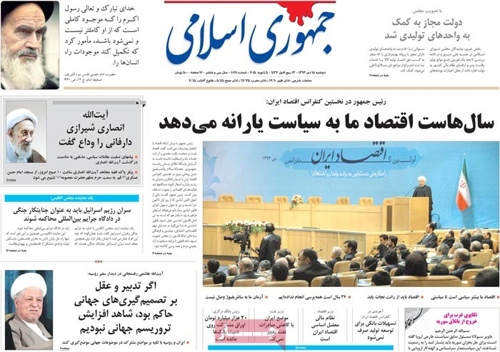 Kaenat: “A final decision will be made by yearend in the case of financial institutions that are operating without license,” said the governor of the Central Bank of Iran. 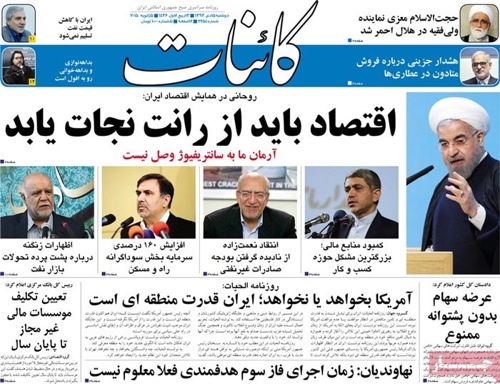 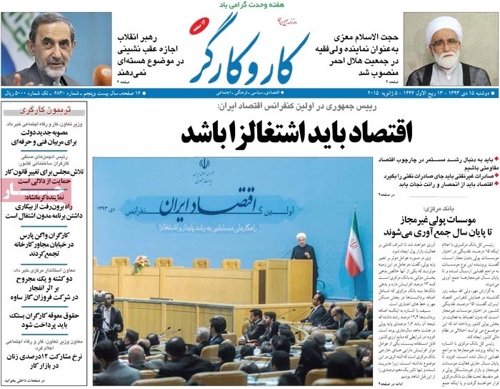 Kayhan has taken a swipe at President Rouhani’s government and the conference on Iran’s economy by leading on “Fulfillment of economic promises, maybe some other time.” 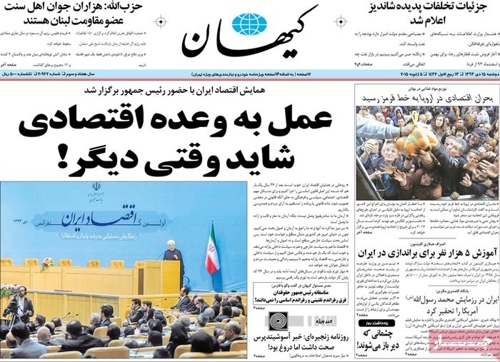 Mardom-e Emrooz: Palestinian group Hamas says developments in Syria have dealt a blow to its relations with Iran. 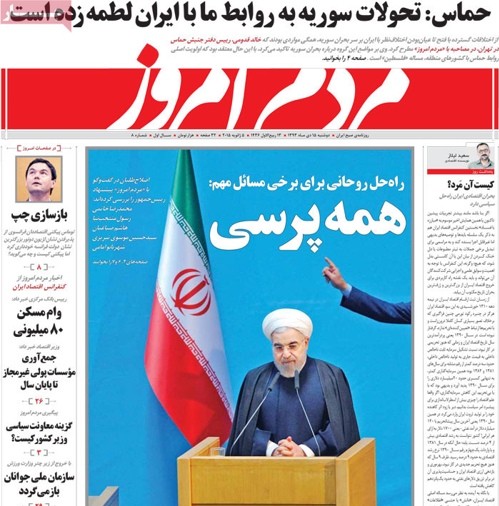 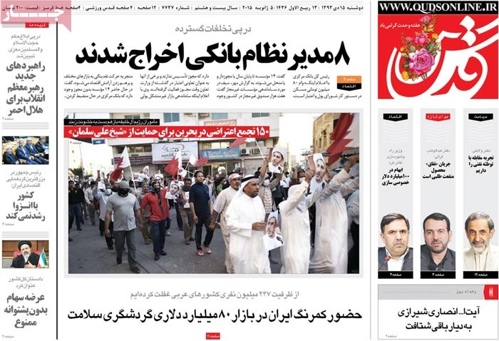 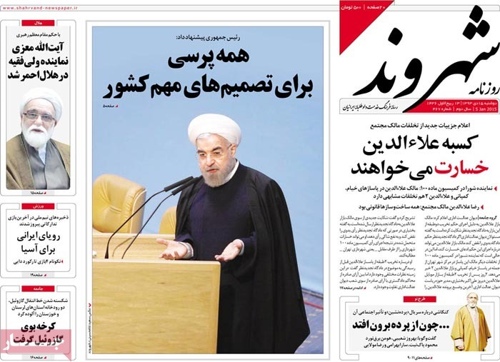 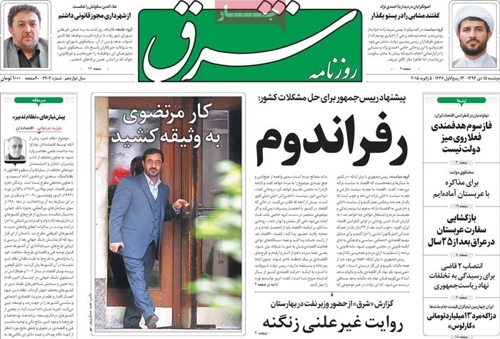 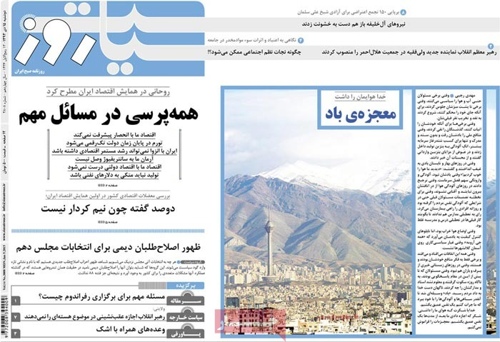 SMT: Imports of low-quality medical equipment has been banned. 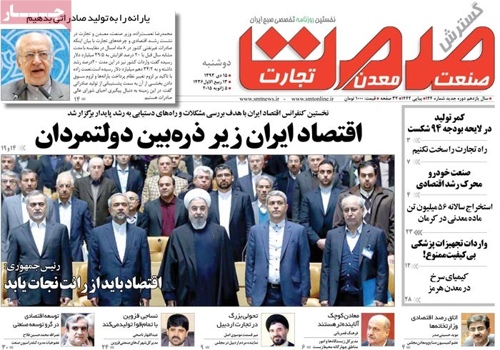