A look at Iranian newspaper front pages on Jan. 21

Conclusion of a military cooperation deal between Iran and Russia which could possibly pave the way for the delivery of the S300 missile system to Iran by authorities in Moscow dominated the front pages of Iranian newspapers on Wednesday. The warning the commander of the Islamic Revolution Guard Corps issued to Israeli authorities following the martyrdom in an Israeli airstrike of a revolution guards commander in Syria appeared on the front pages too. Last but not least was the swipe President Rouhani took at those who kill in the name of religion and those who insult religions in the name of freedom of speech. 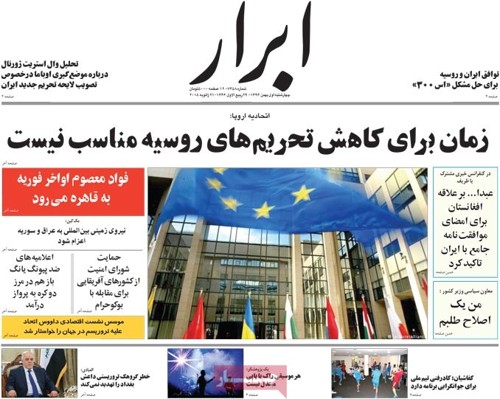 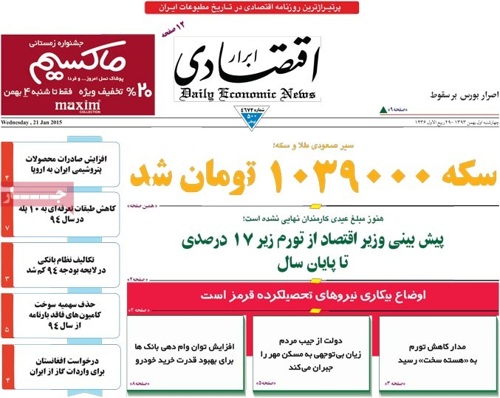 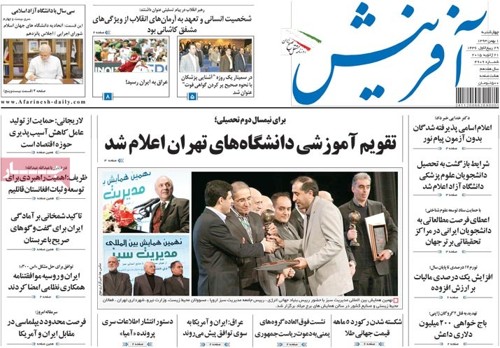 Afkar: The commander of the naval forces of the Iranian Army has said that Iran sends a message of peace and friendship to all neighboring countries. 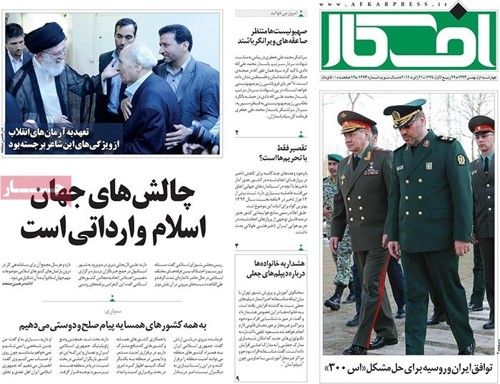 Arman-e Emrooz: Babak Zanjani, a young billionaire who stands accused of massive corruption, will stand trial within a month.

Arman-e Emrooz: The newly appointed deputy interior minister has said that he is a reformist and that the Interior Ministry will maintain impartiality in upcoming elections for parliament and the Assembly of Experts. 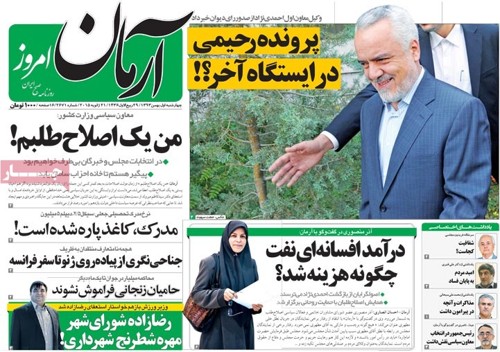 Asr-e Iranian: Afghan President Ashraf Ghani has been invited to pay an official visit to Iran. 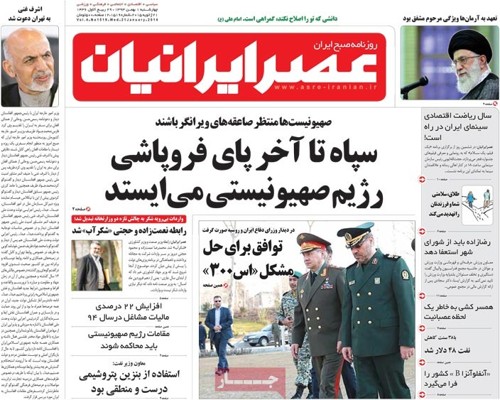 Asr-e Rasaneh: A first wave of an influenza B outbreak has swept the country. 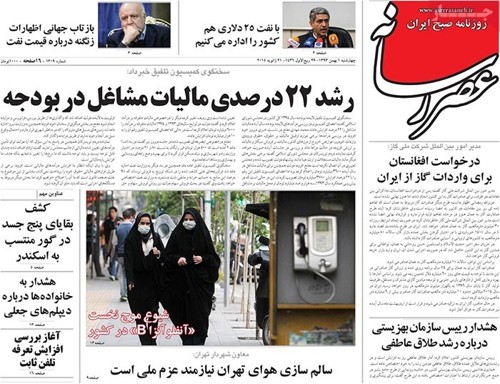 Asrar: The commander of the Islamic Revolution Guard Corps has said the Zionists should await “destructive thunderbolts” [after a senior revolution guards commander was killed at the hands of the Zionists in an attack on Syrian soil].

Asrar: A former Iranian ambassador to Lebanon has said the potential of [former President Mohammad Khatami] should be tapped in countering extremism. 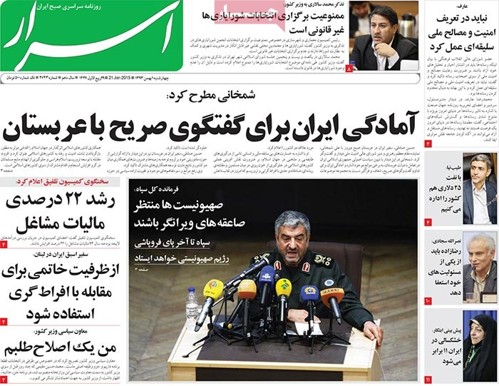 Ebtekar: The minister of economy and financial affairs has said inflation will fall to 17 percent by the end of the year [March 21, 2015]. 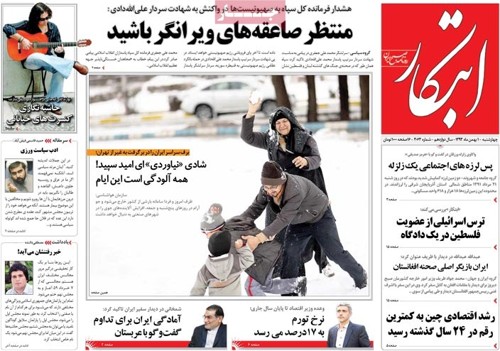 Etemad: Foreign Minister Mohammad Javad Zarif has said that Tehran played an active role in the formation of a national unity government in Afghanistan. 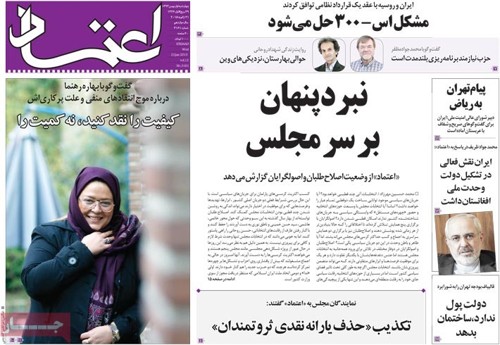 Ettela’at: “Insults, terror and violence are neither freedom nor defense of religion,” President Rouhani told a meeting of the Supreme Cultural Revolution Council.

Ettela’at: Iran and Russia have signed a security and defense deal which among other things clears the way for the delivery to Iran of the S300 missile system. 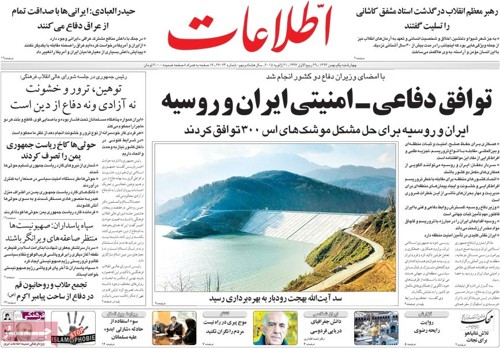 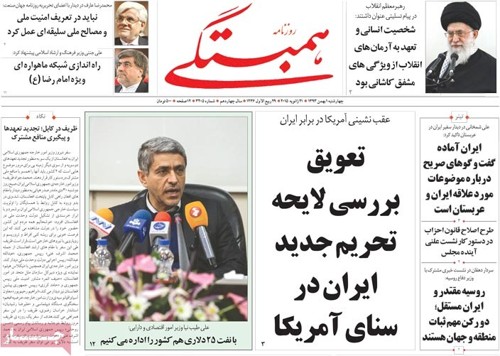 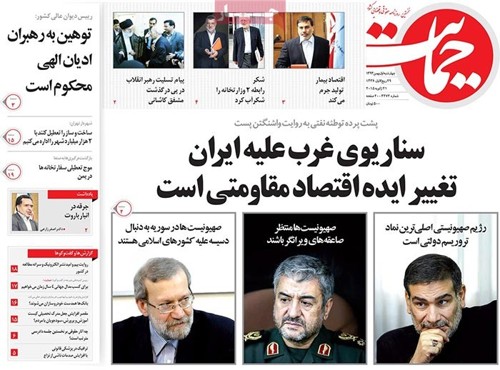 Iran: The Supreme Leader has issued a message of condolence on the passing of well-known poet Moshfegh Kashani. 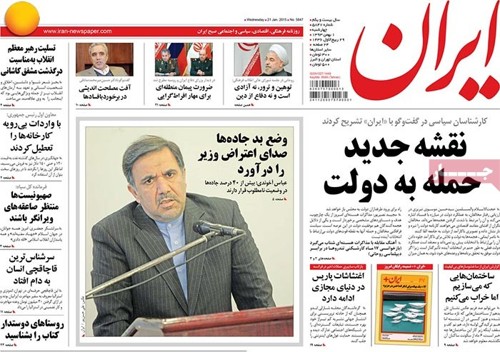 Jomhouri Islami: A reservoir dam has been inaugurated in Bijar [northern Iran] with the first vice-president on hand. 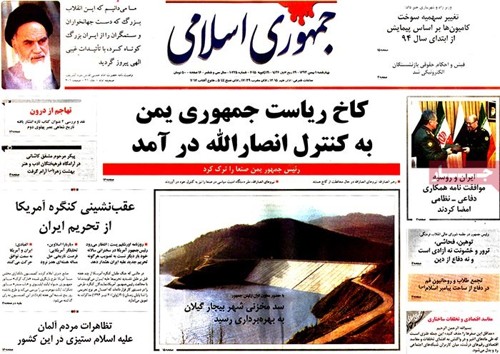 Kaenat: “We will be able to run the country even if oil prices plunge to $25 a barrel,” said the Iranian ministry of economy and financial affairs. 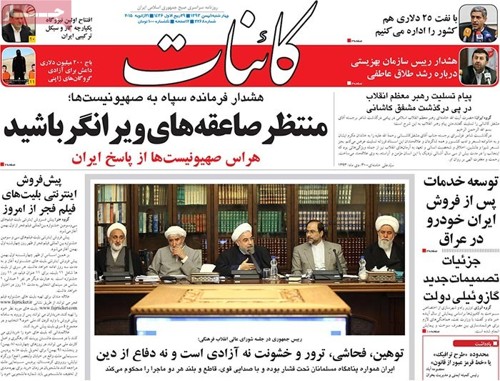 Khorasan: “Some 40 percent of the country’s major arteries are in bad or very bad conditions,” said the minister of roads and urban development. 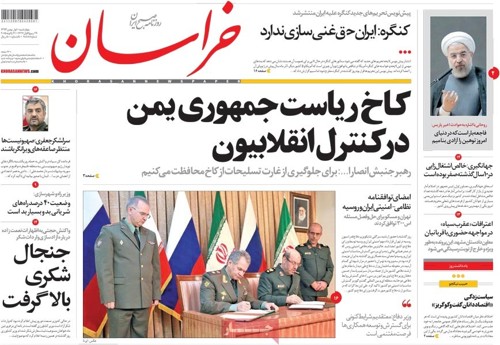 Resalat: Two diplomatic blunders by Zarif: A visit to Paris [at a time when anti-French sentiments run high across the Muslim world], and a stroll with US Secretary of State John Kerry on the streets of Geneva. 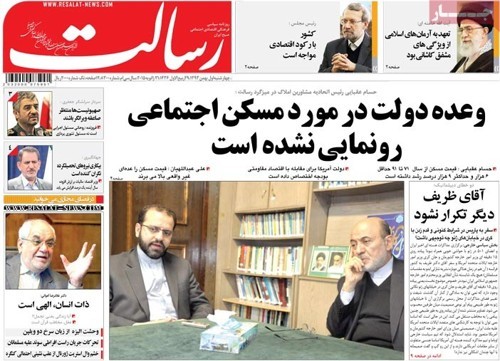 Shahrvand: The director of the Environment Protection Organization has said that by 2050 drought in Iran will worsen 11-fold. 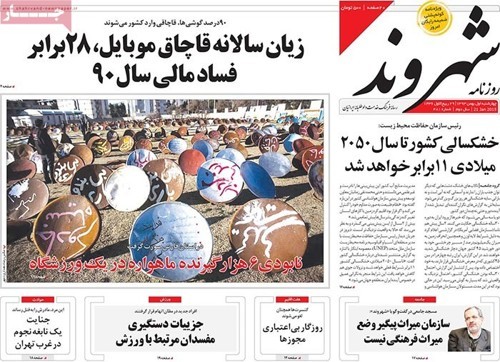