A look at Iranian newspaper front pages on Jan. 18

The comments of First Vice-President Eshagh Jahangiri on the corruption case involving Babak Zanjani dominated the front pages of Iranian newspapers on Sunday. Reformist dailies covered a letter former President Mohammad Khatami has sent to the UN Secretary General in condemnation of violence and extremism. And news of continued protests across the Muslim world against French satirical magazine Charlie Hebdo appeared on the cover of dailies too.

Abrar: A judiciary order has enjoined Mardom-e Emrooz, a reformist daily, from publishing. 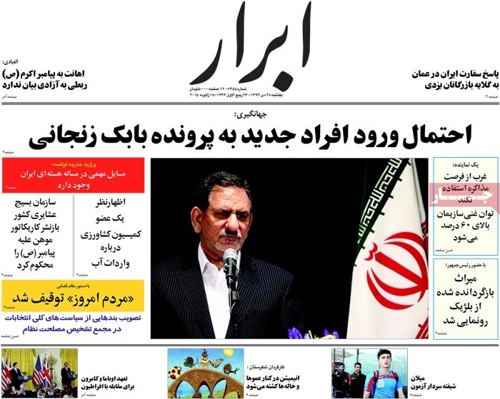 Afkar: China is the destination of 52 percent of Iran’s export items. 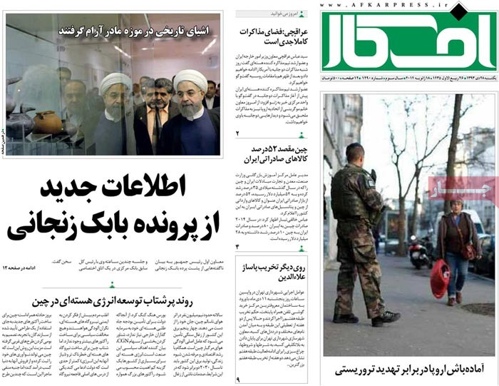 Aftab-e Yazd: “A nuclear deal is likely to be clinched,” said the head of parliament’s Research Center. 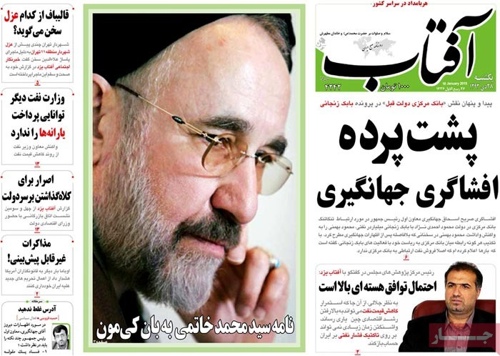 Arman-e Emrooz: Each year as many as 155,000 divorces are registered across the country. 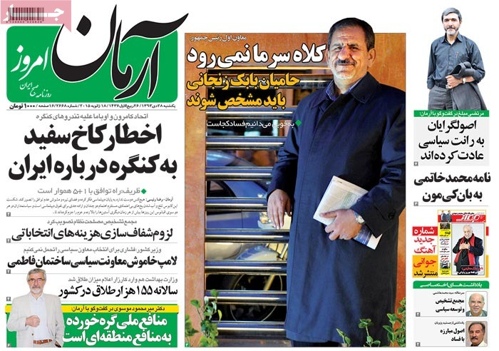 Asrar:“Each year, as much as $20 billion in taxes is evaded,” said an MP who has a seat on parliament’s Budget and Planning Committee. 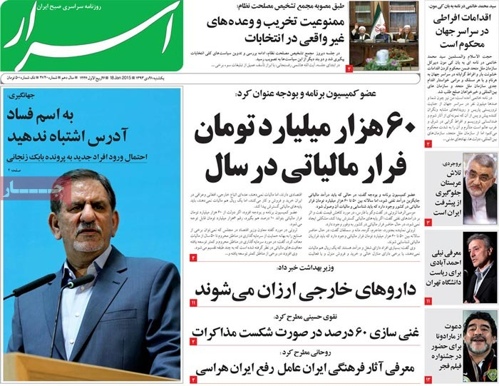 Ebtekar: “Acts of terror which are carried out in the name of Muslims should be stopped,” said Chairman of the Expediency Council Akbar Hashemi Rafsanjani. 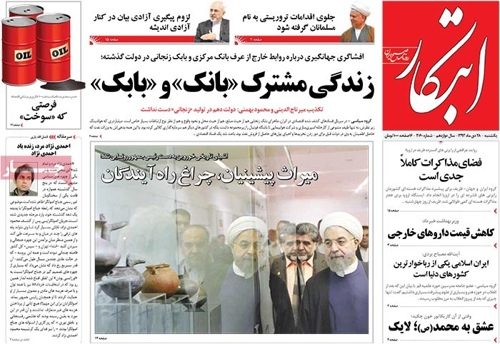 Emtiaz: “Line, Tango and WhatsApp are not going to be blocked for the time being,” said the minister of culture and Islamic guidance.

Emtiaz: “We do not have money to pay out cash subsidies,” said a deputy oil minister. 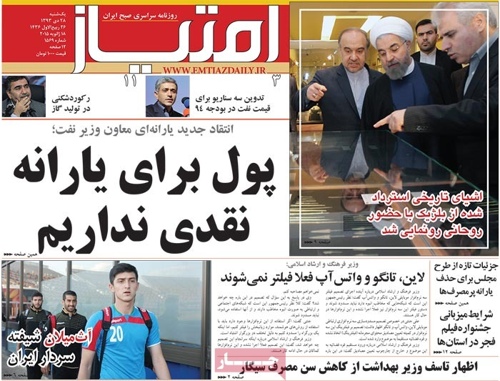 Etemad: Mahmoud Nili Ahmadabadi [who was rejected by parliament when he was proposed by President Rouhani for the post of science minister] is the choice of the science minister to take charge of Tehran University. He has to secure a nod from the Supreme Cultural Revolution Council first.

Etemad: “Some ministers of Ahmadinejad’s Cabinet would meet with Babak Zanjani [who stands accused of corruption]. Zanjani also had meetings with the former Governor of the Central Bank of Iran Mahmoud Bahmani,” said the first vice-president. In response, Bahmani denied any contact with Zanjani. 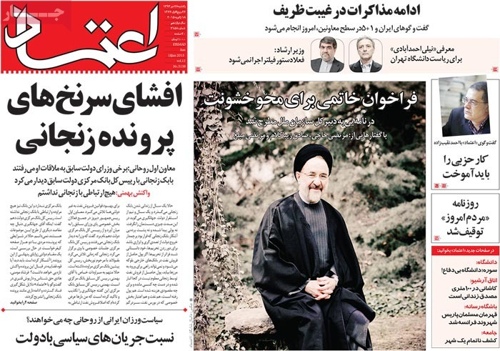 Ettela’at: An improvement in the quality of gasoline is the main reason behind a decline in air pollution.

Ettela’at: “The policy of the government is to adhere to the law and clamp down on corruption,” said the First Vice-President Eshagh Jahangiri. 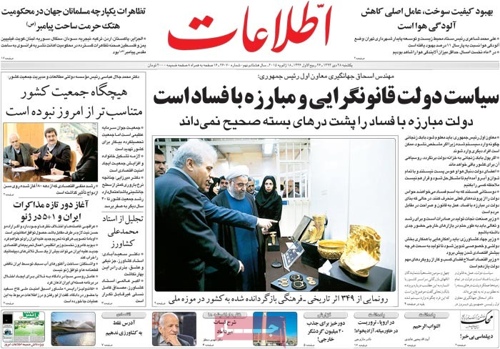 Ghanoon: “Calling for former President Mahmoud Ahmadinejad to be brought before court is not inappropriate,” said the spokesman of the Combatant Clergy Association. 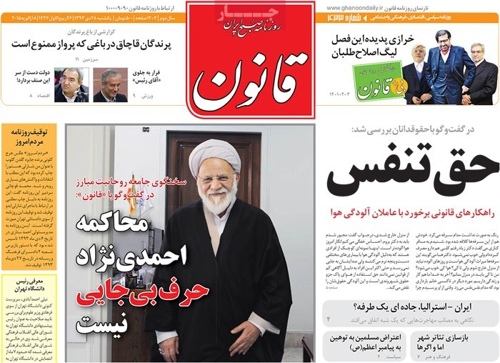 Hambastegi: Former President Mohammad Khatami in a letter to the UN secretary general has decried extremist acts throughout the world. 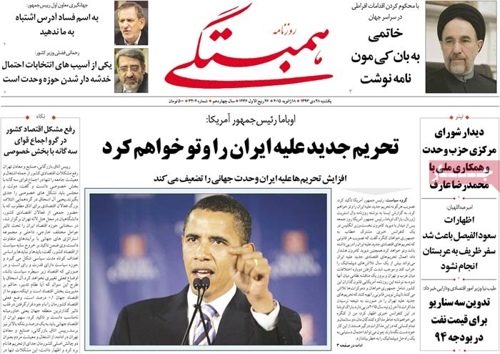 Hemayat: Muslims across the world have taken to streets to condemn insults at the prophet of Islam. 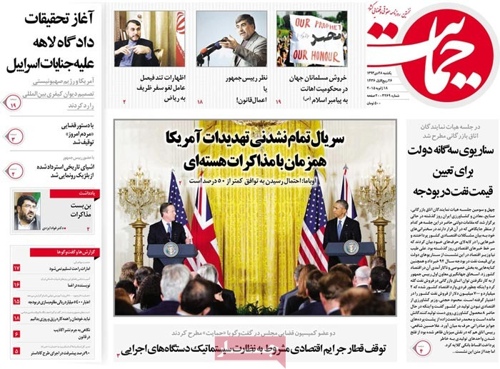 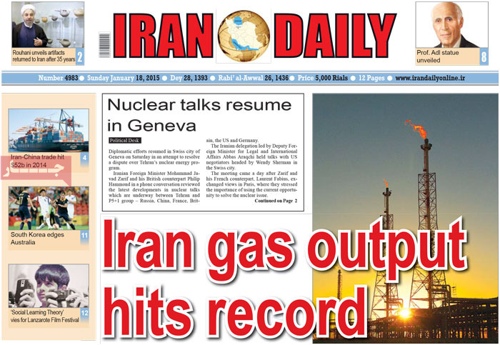 Kaenat: “If the West makes a decision, the stage is set for conclusion of a deal with P5+1,”said Iran’s foreign minister. 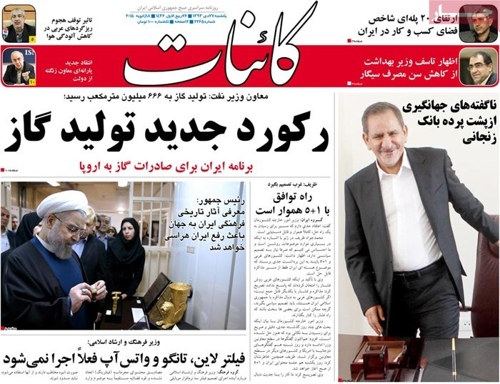 Kayhan which placed the logo of the “I love Muhammad” campaign above its masthead reported that widespread protests across the world of Islam against insults to the Prophet are continuing. 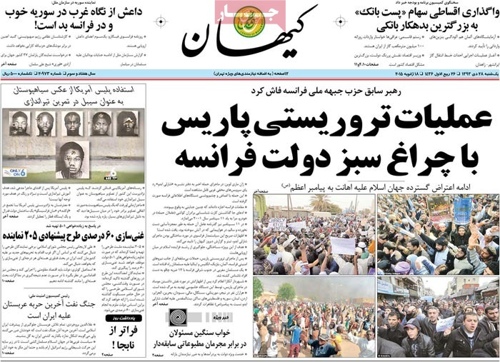 Mardomsalari: In a meeting between Iran’s foreign minister and his French counterpart disrespect for sanctities was denounced. 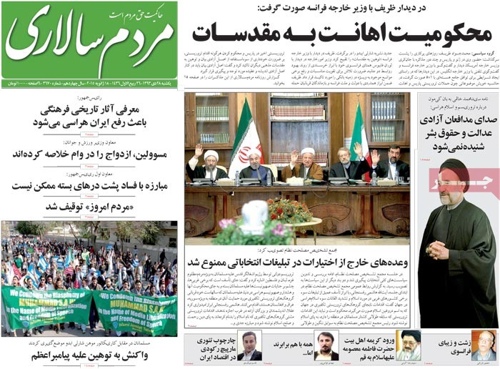 Payam-e Zaman: “The executive directives of the election law will be reviewed,” said the interior minister. 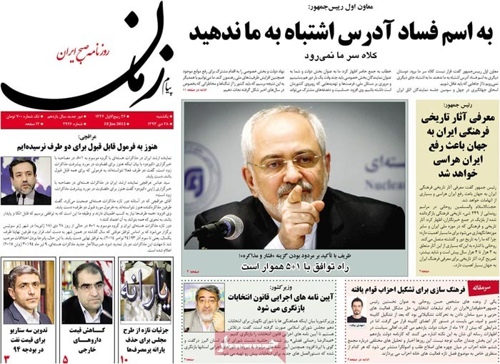 Resalat: “Our diplomacy does not serve the cause of growth and development,” said the head of the Chamber of Commerce, Industries, Mines and Agriculture (ICCIMA). 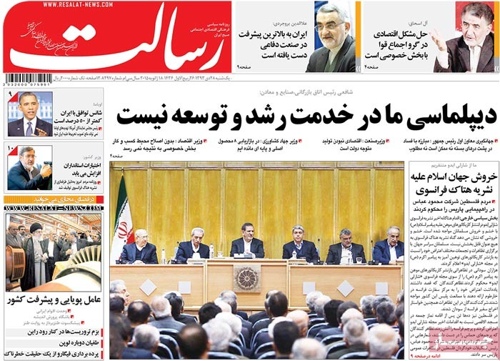 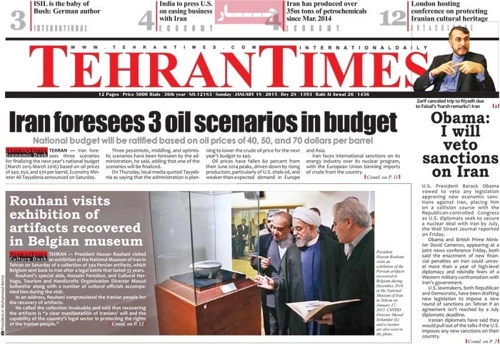