A look at Iranian newspaper front pages on Jan. 14

President Rouhani’s speech on a visit to the southern province of Bushehr in which he talked, among other things about the domestic and foreign policy of his government – the fight against corruption and nuclear talks – dominated the front pages of the Iranian newspapers on Wednesday. Also in the headlines, mostly in reformist papers, was the statement parliament deputy Ali Motahari issued detailing what happened during and after his speech in parliament which remained unfinished after fellow MPs attacked him.

Abrar: “Iran is among the world’s top 10 countries when it comes to possession of military equipment,” said a senior commander with the Islamic Revolution Guard Corps. 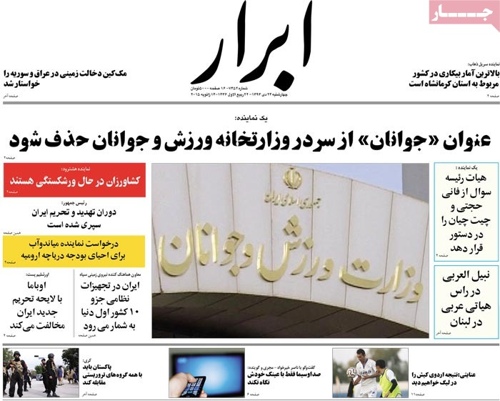 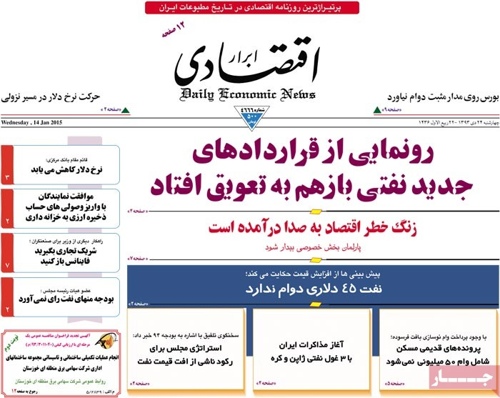 Aftab-e Yazd: “As soon as we move to eliminate corruption on a certain front, some start to accuse the government,” the president said. Arman-e Emrooz: In a speech in the southern city of Bushehr, President Hassan Rouhani has warned P5+1 to act logically at the negotiating table.

Arman-e Emrooz: The Ministry of Culture and Islamic Guidance has complained about cancellation of concerts in the provinces. “We stand by the permits we have issued for concerts,” the ministry said. Ebtekar: The secretary of the Supreme National Security Council has said that oil has lost its efficacy in political rivalries.

Ebtekar: “I won’t take part in the convergence meetings of principlists,” said Secretary of the Expediency Council Mohsen Rezaei [a former commander of the Islamic Revolution Guard Corps who has unsuccessfully run for president as a principlist in the past]. 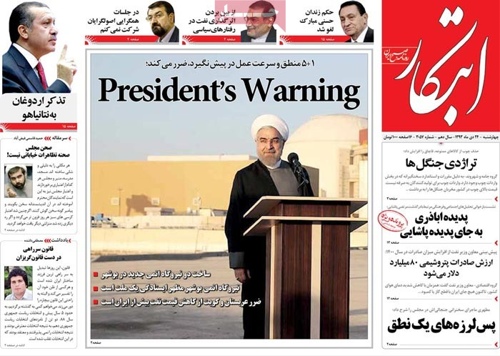 Etemad: In a statement Ali Motahari [a principlist MP whose speech was interrupted by fellow deputies in parliament on Sunday] has made public his version of events in the noisy session of the chamber. “My hope is that the next parliament is different from this one.” Ettela’at: “We will continue our constructive interaction with the rest of the world. Those who plotted the drop-in-oil-prices scheme will regret their decision,” said President Rouhani at a large gathering of townspeople in Bushehr.

Ettela’at: A trade and industry free zone is to be set up in Tehran. Javan: President Obama has talked with Netanyahu to secure his permission ahead of a fresh round of nuclear talks with Iran. 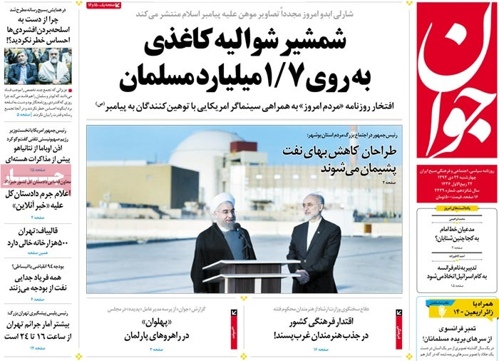 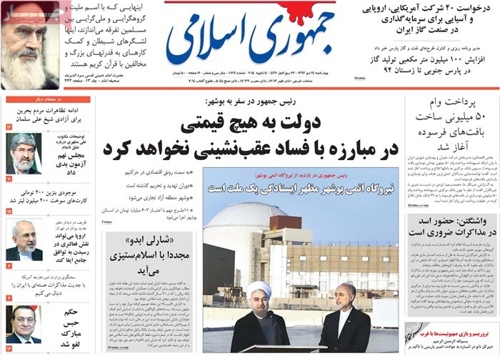 Kar va Kargar: “Times of threats and sanctions are gone,” said President Rouhani as he urged P5+1 to opt for a speedy, logical approach in nuclear talks with Iran. 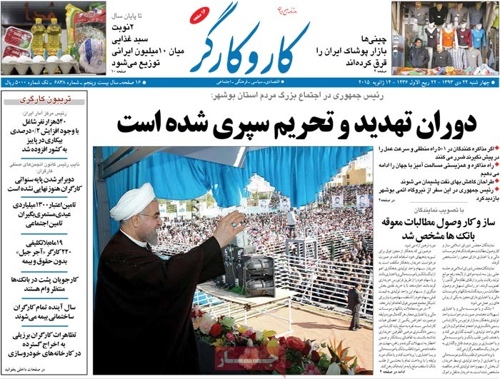 Kayhan: More than 100,000 Germans have staged a rally in support of Islam. 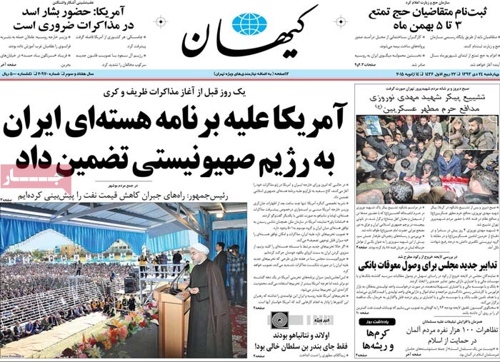 Sharq: “My government won’t back down in the fight against corruption,” vowed President Rouhani. 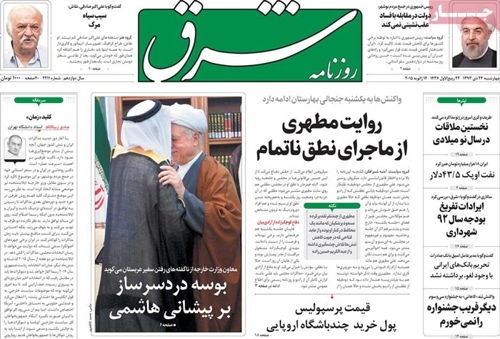 Tafahom: President Rouhani has said the loss Saudi Arabia suffers as a result of a recent drop in oil prices will be bigger than Iran’s. 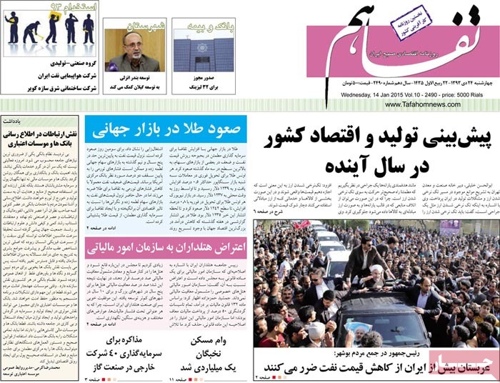