A look at Iranian newspaper front pages on Jan. 10

IFP has taken a look at the front pages of newspapers on Saturday,January 10, 2015, and picked headlines from 16 of them. IFP has simply translated the headlines and does not vouch for their accuracy.

The comments of the Supreme Leader on the growing need for Muslim unity appeared on the cover of all Iranian newspapers on Saturday. The bloody incidents in France that claimed the lives of 20, including three terrorists, over the course of three days also dominated the front page of almost every daily. An announcement by the deputy foreign minister that the Iranian and American top diplomats are to meet on January 14 also made front-page headlines. 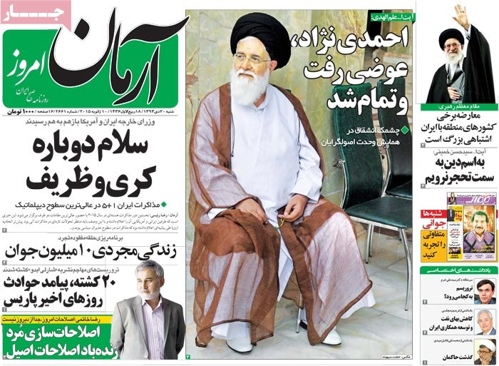 Ebtekar: The Iranian president has condemned the terrorist attacks in France. 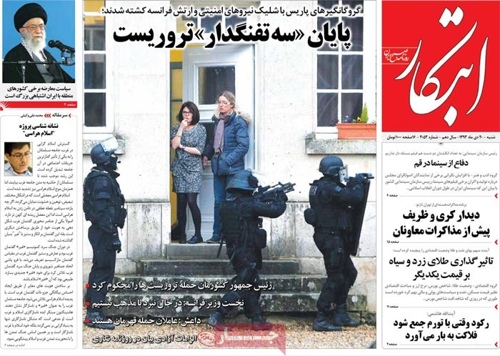 Emtiaz: “One fifth of all marriages end in divorce,” said the deputy minister of youth affairs and sports. 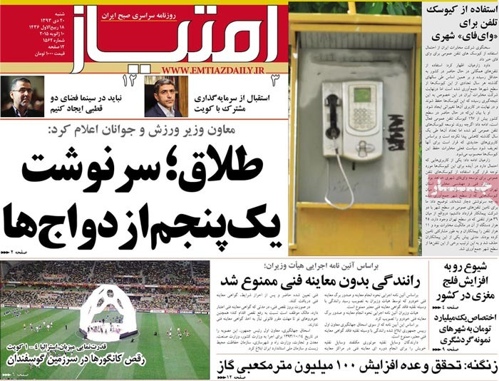 Ettela’at: The Iranian parliament speaker has told a conference on Islamic unity in Tehran that the World of Islam should adopt a common stance on terrorism. 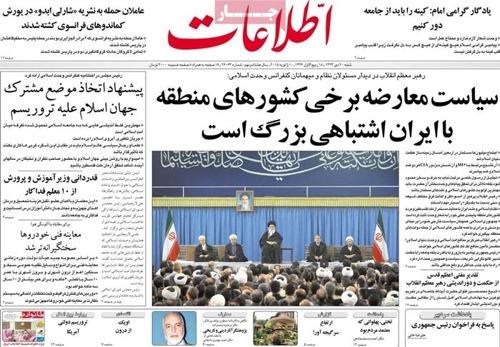 Hambastegi: “Violence and terrorism are condemnable in the region, in Europe and in America,” President Hassan Rouhani said. 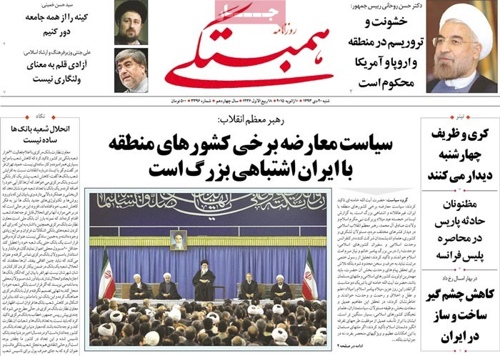 Hemayat: “The Shiism that is linked to MI6 and the Sunnism that is in the pay of the CIA are both anti-Islamic,” said the Supreme Leader. 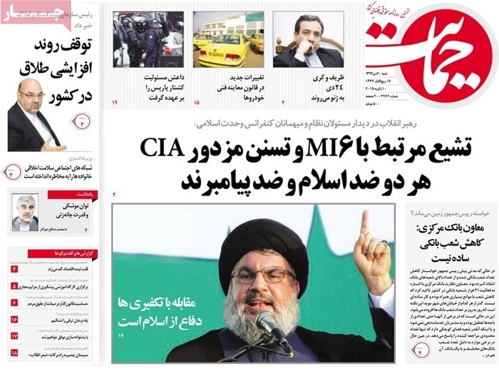 Jahan-e Sanat: “The Muslim world needs unity more than any other time,” said the Supreme Leader in a meeting with state officials and members of the public. 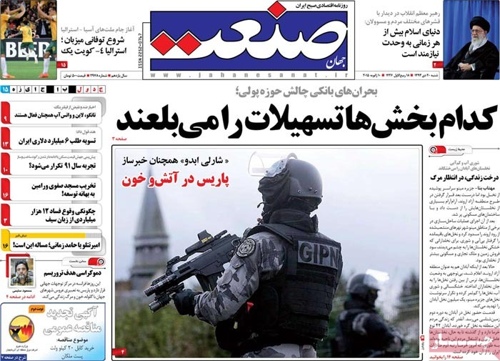 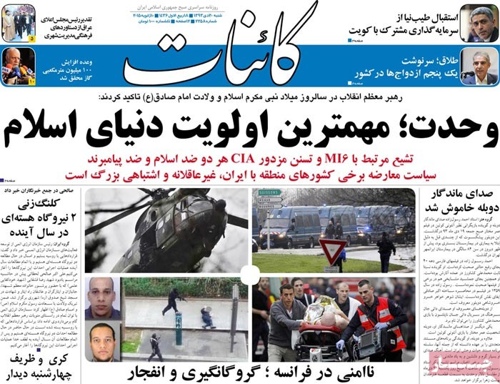 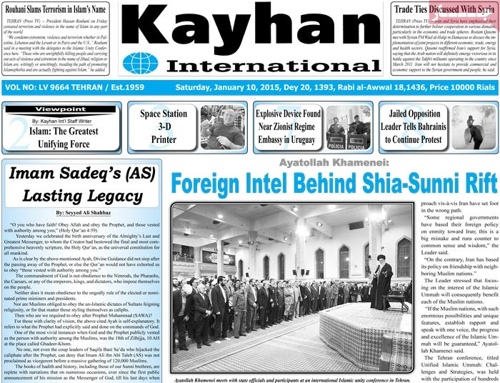 Mardomsalari: Iran stands ready to export natural gas to Pakistan, but has not written off the compensation Pakistan owes it. 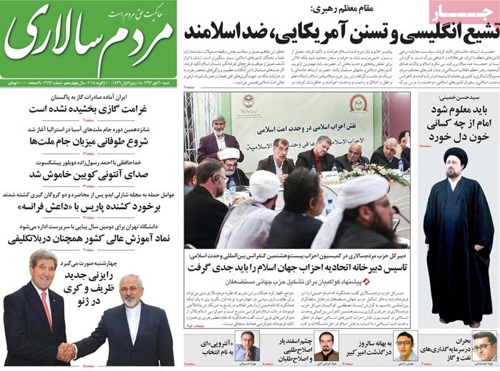 Mardom-e Emrooz: Renowned Iranian actor Peyman Moadi has said he would not appear in any movie which has an anti-Islamic or anti-Iranian theme. 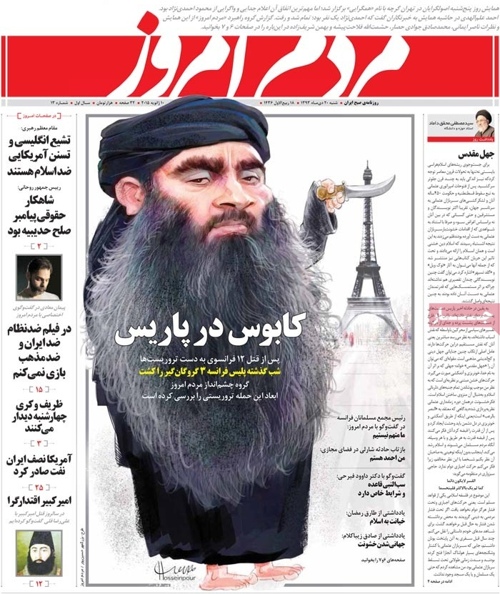 Payam-e Zaman: “Iran supports nations that stand up to terrorism,” President Rouhani said at a meeting between state officials and the Supreme Leader. 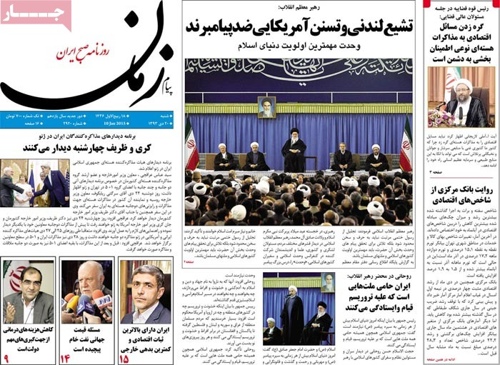 Qods: The hostage drama in Paris has come to a bloody end. 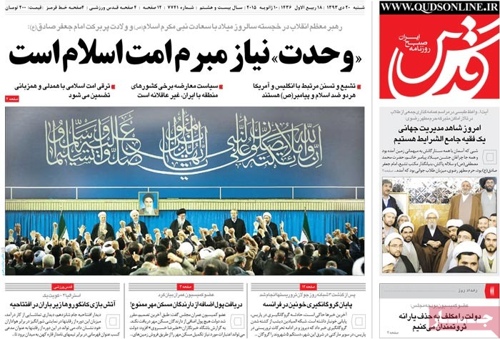 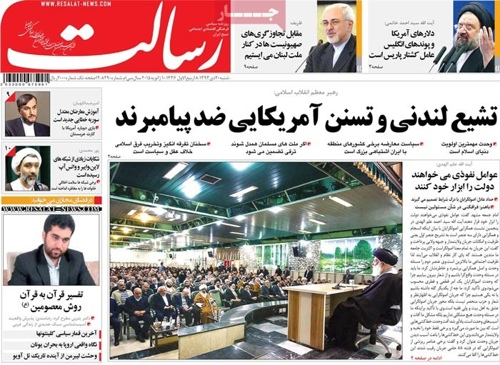 Sayeh: “By blocking websites one cannot stand up against the Cultural Onslaught,” said the minister of culture and Islamic Guidance. 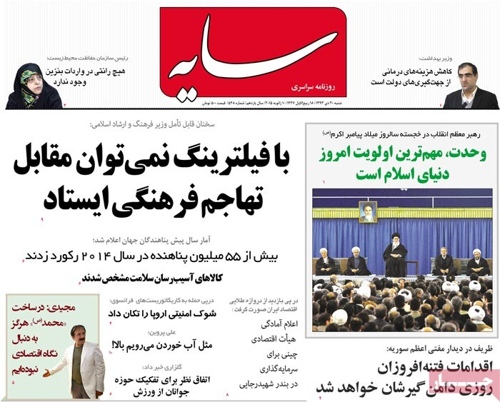 Sepid: Five physicians have been barred from practicing medicine for three months for failing to abide by the Health Ministry’s instructions. 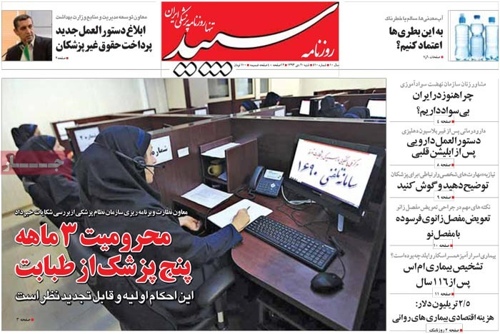 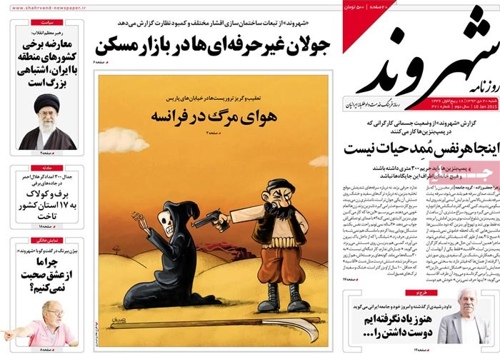