A look at Iranian newspaper front pages on Feb. 8

Talks in Munich, Germany between Iranian Foreign Minister Mohammad Javad Zarif and top diplomats from P5+1 and other world figures dominated the front pages of Iranian newspapers on Sunday.

Afarinesh: The new chairman of the Assembly of Experts will be named March 10. 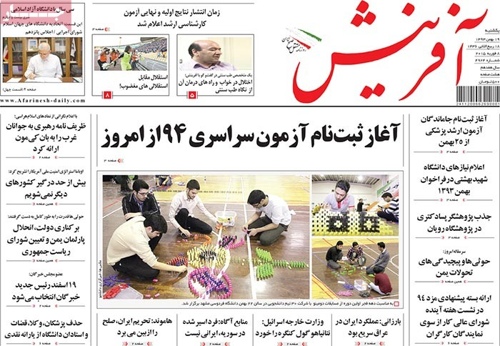 The minister of culture and Islamic guidance has said opponents of President Rouhani’s government have set up a nerve center to steer their anti-government measures. 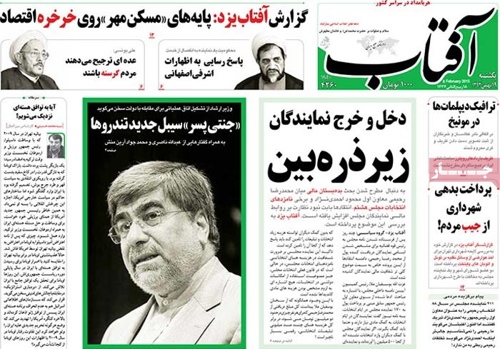 Arman-e Emrooz: A first phase of revelations by the culture minister

Ali Jannati has said those who were defeated in the elections are now throwing a wrench in the works. 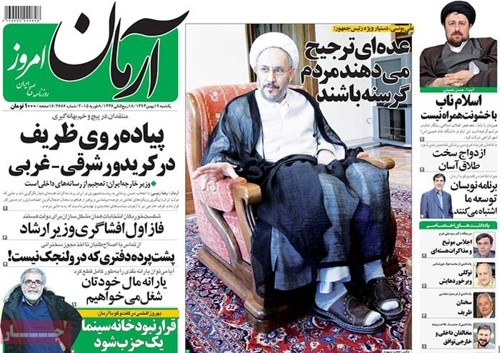 Asrar: In Munich, Zarif and Kerry have agreed to meet again.

Asrar: “Some principlists are doubting republicanism in the name of Islam,” said a reformist former interior minister.

Asrar: “Some are constantly trying to ensure nuclear talks remain inconclusive,” said an aide to the president.

Asrar: “The rights of women are not fully observed in workplace,” said the labor minister. 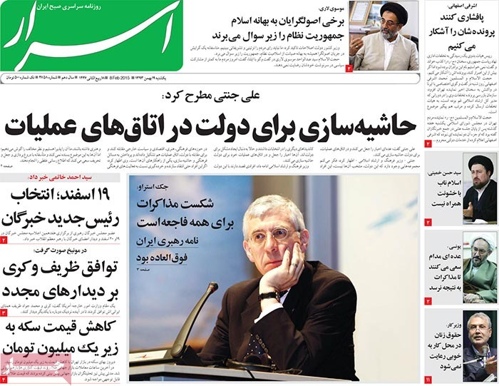 Etemad: “Restore the authority of the science ministry,” appealed the science chief in a letter to the president.

Etemad: Jack Straw hailed the letter of the Supreme Leader to Western youth as amazing. 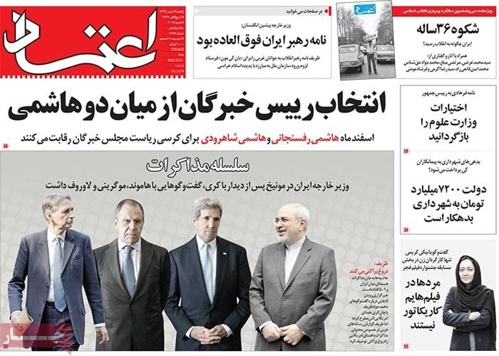 “We won’t allow the other side to capitalize on the barrage of attacks aimed at Iranian nuclear negotiators at home,” said Foreign Minister Mohammad Javad Zarif.

Ettela’at: Iraqi Peshmerga fighters are positioned on the edge of Mosul 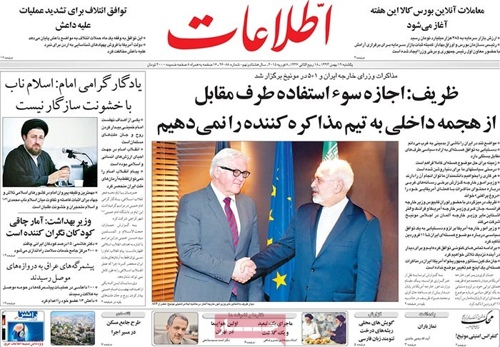 Ghanoon: A Revolution Guards commander has confirmed that Israel has sent Iran a message. 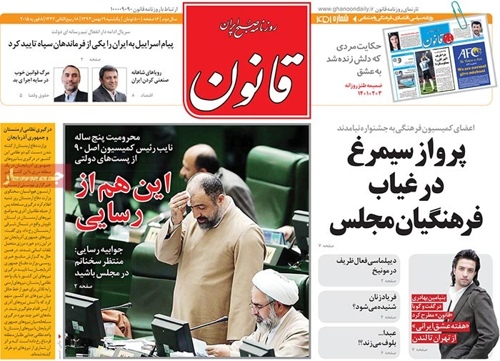 Iran: Hamid Rasaei [a parliament deputy] has been banned from holding public office. 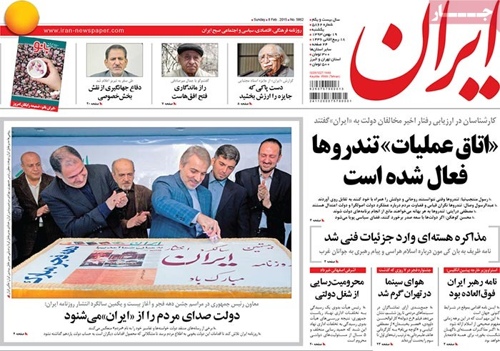 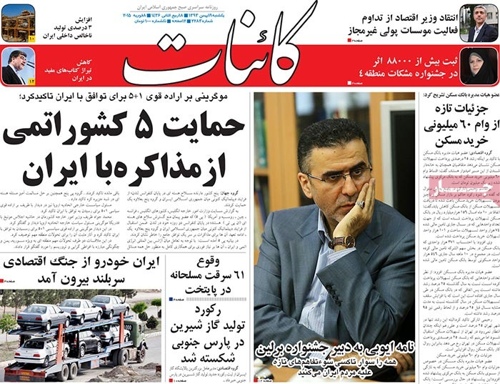 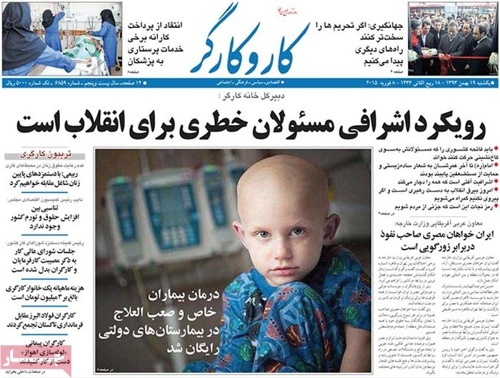 Kayhan: Zarif has denied reports that he told Secretary Kerry that failure of talks would endanger the future of President Rouhani. 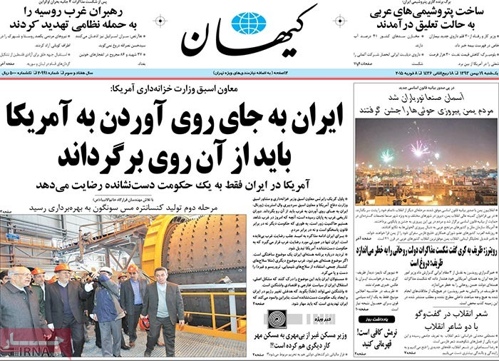 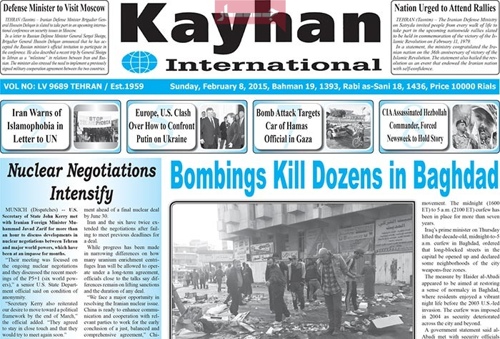 Khorasan: The first phase of Khorasan Grand Museum has opened. 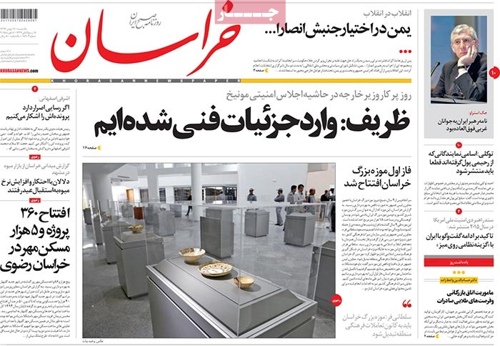 Sayeh: Some 600 lakes across Iran are on the verge of disappearance. 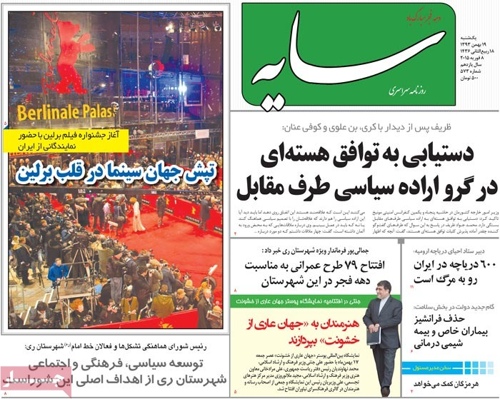 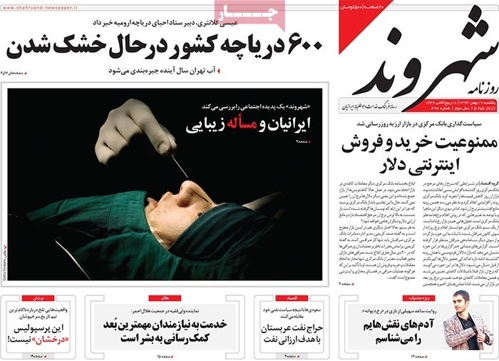 Tejarat: Iran is not to press for compensations from Pakistan for its failure to keep its end of the bargain in a pipeline deal. 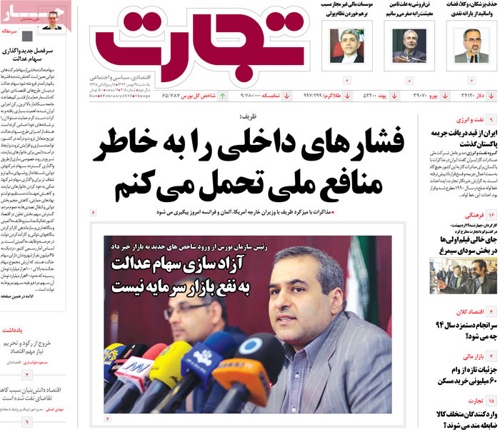