A look at Iranian newspaper front pages on Feb. 7

Talks in Munich, Germany between Iranian Foreign Minister Mohammad Javad Zarif and US Secretary of State John Kerry dominated the front pages of Iranian newspapers on Saturday. The comments of the minister of culture and Islamic Guidance about his ministry’s music policy also appeared on the front pages of several dailies.

Afarinesh: “We will pursue a policy of moderation on all fronts,” said President Hassan Rouhani. 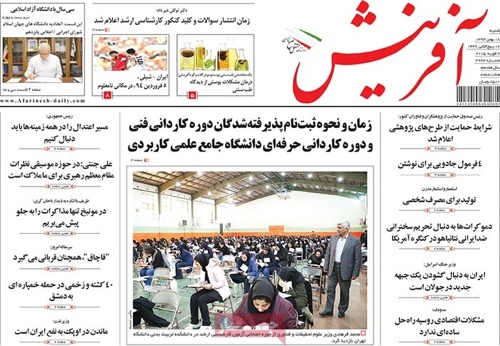 Aftab-e Yazd: A complaint has been filed [by lawyers of the Bar Association] with the Supreme Court to take back [former Vice-President Mohammad Reza] Rahimi’s Medal of Service. 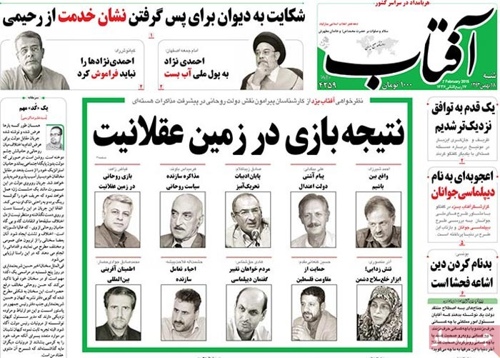 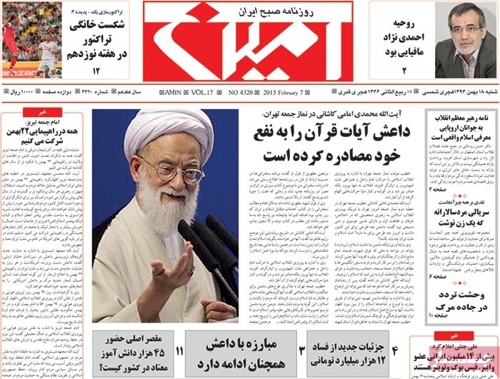 Arman-e Emrooz: Foreign Minister Zarif and Secretary Kerry held a meeting in Munich that ran two and a half hours. 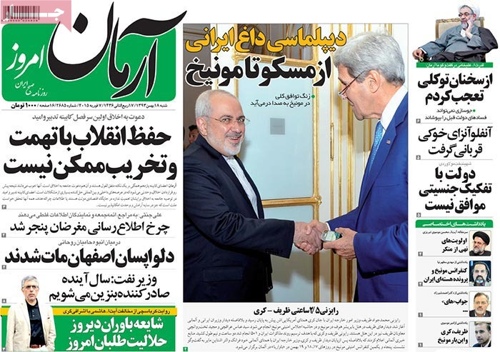 Asr-e Eghtesad: The minister of industries, mines and trade has said his ministry will cover up to 50 percent of the costs of Iranian industries taking part in exhibitions overseas. 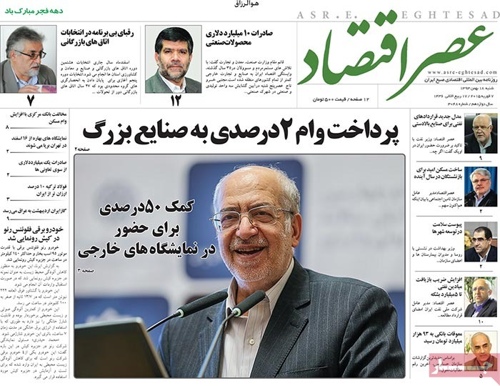 Asrar: “Government is opposed to gender segregation,” said the vice-president for women’s affairs. 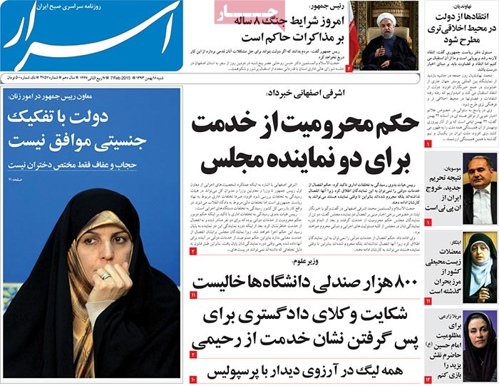 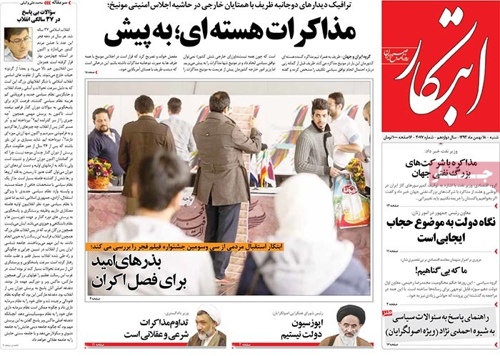 Emtiaz: “Some 800,000 university seats are empty,” said the minister of science, research and technology. 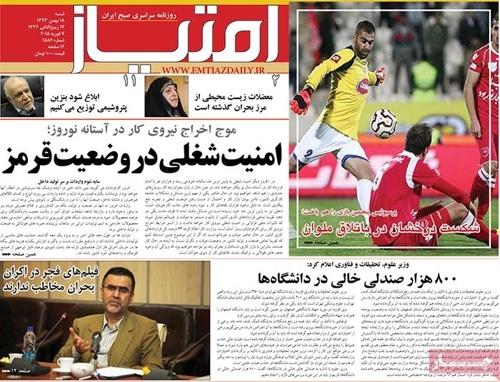 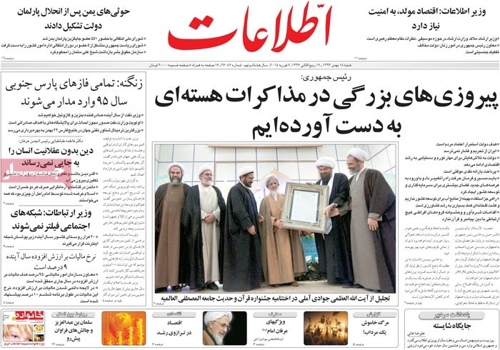 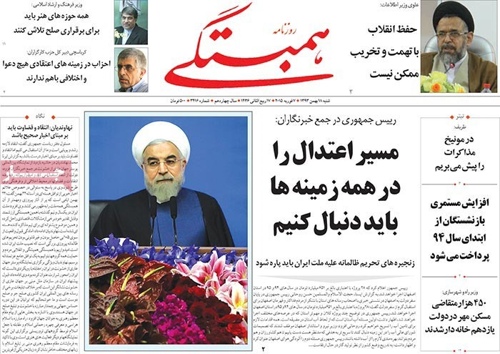 Hemayat: “Plans to launch a manned mission to space are on the agenda,” said the Iranian deputy defense minister. 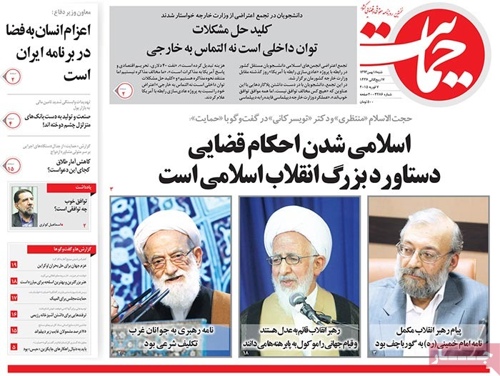 Iran: The minister of culture and Islamic guidance has lashed out at those who build on fake news to hammer his ministry. “The views of the Supreme Leader are the basis of all the decisions the ministry makes in the field of music.” 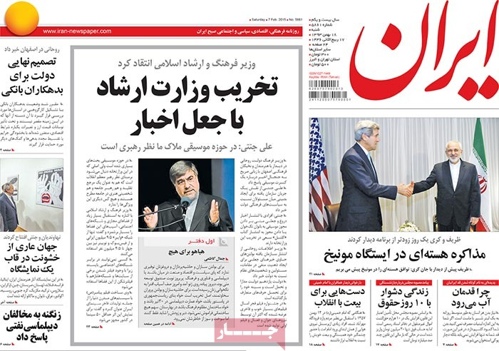 Jomhouri Islami: Industrial exports bring in between $7 billion and $10 billion in foreign revenues. 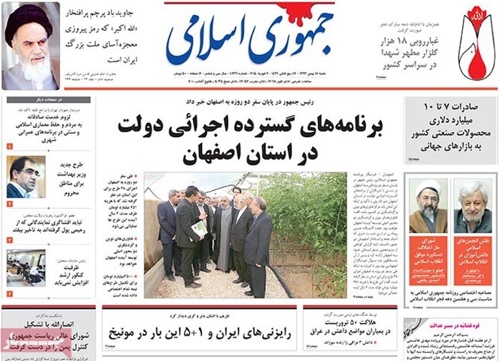 Kaenat: The targeted subsidies law [which requires the government to pay monthly cash subsidies to citizens] will undergo change next year. 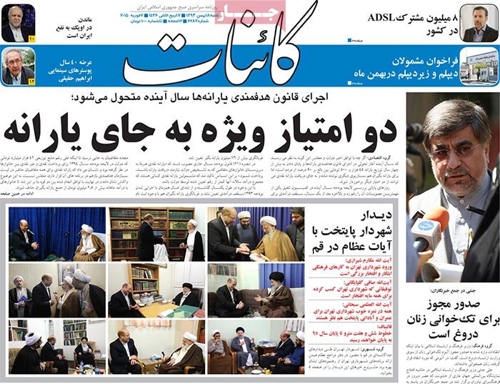 Khorasan: “Iran and Russia have struck a deal to jointly produce nuclear fuel inside Iran,” said the spokesman of the Atomic Energy Organization of Iran. 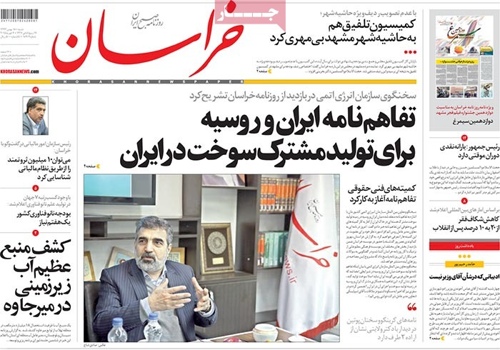 Mardomsalari: “Ahmadinejad is to blame for the decline in the value of national currency,” said the Friday prayer leader of Isfahan. 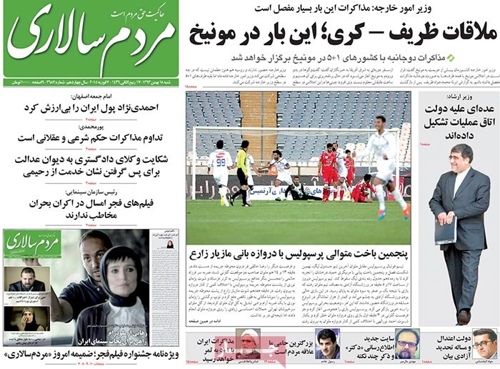 Sayeh: “A bullet train with a maximum speed of 300 km an hour will link Tehran to Isfahan,” President Rouhani said. 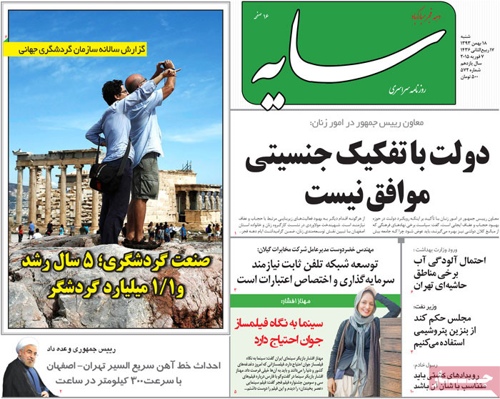 Shahrvand: “Chemotherapy and radiotherapy services will be free of charge,” said the managing director of the Social Security Organization. 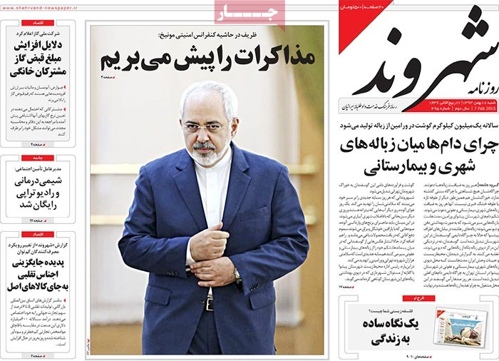 Tafahom: “There are as many as 8 million ADSL customers in the country,” said the minister of communications. 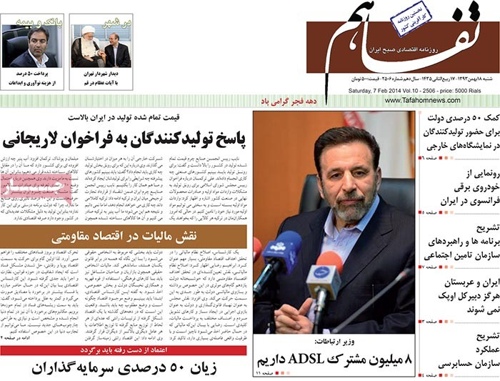