A look at Iranian newspaper front pages on Feb. 5

“We don’t need nukes, we have a great, selfless nation to rely on,” was part of the comments President Rouhani made in Isfahan which dominated the front pages of Iranian newspapers on Thursday. Also on the covers of dailies were the announcement by the government spokesman that civil servants will receive almost $200 in yearend annual bonuses and the amount of fines draft dodgers will have to pay to secure exemption from military service.

Aftab-e Yazd: “I have answers to provide, but time is not right,” said former President Mahmoud Ahmadinejad in response to corruption allegations leveled against his government. 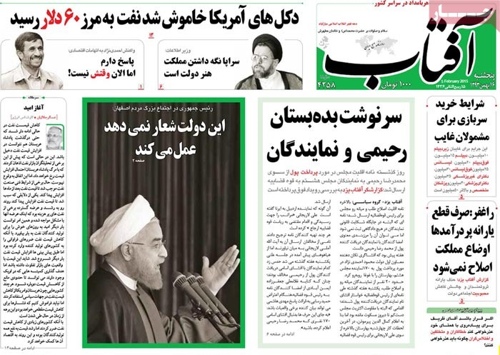 Amin: “Iran’s exports to the US are down 25 percent,” said the government spokesman. 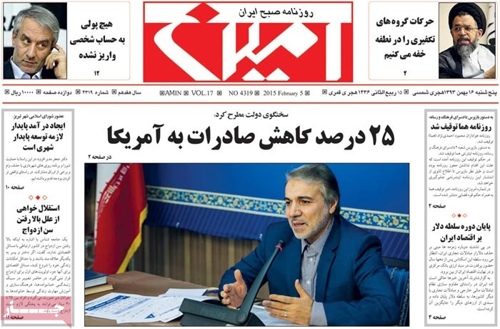 Arman-e Emrooz: “We do not need nuclear weapons,” President Rouhani said in a speech in Isfahan. 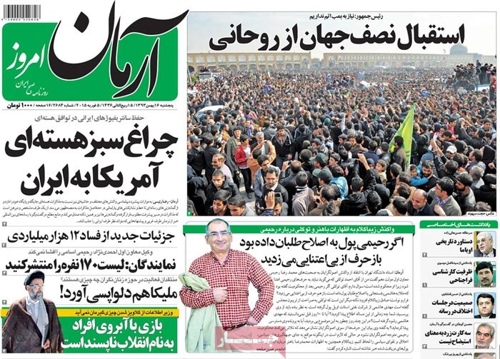 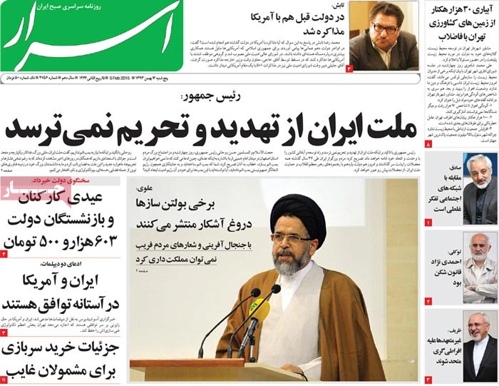 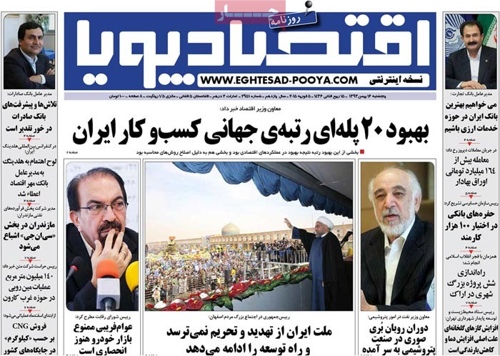 Emtiaz: The country’s first trash-burning power plant will be inaugurated next week. 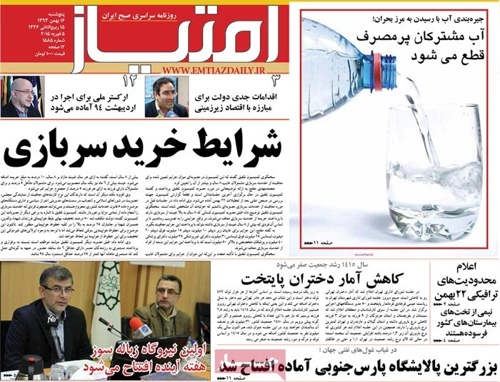 Etemad: In a report which has yet to be confirmed by negotiators from Iran and P5+1, The Associated Press said that the two sides have struck a deal over the operation of a large number of centrifuges. 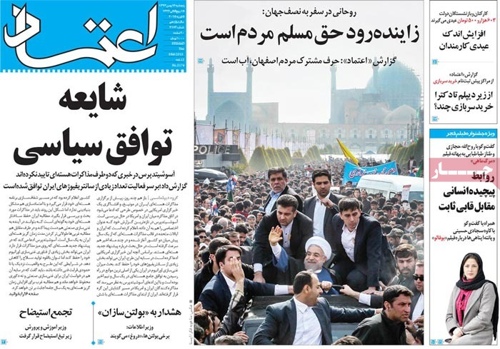 Ettela’at: “Threats and sanctions don’t frighten the Iranian nation which will remain steadfast on the path to progress,” the president told a large crowd in Isfahan.

Ettela’at: A rise in greenhouse gas levels is to blame for a lack of precipitation in the capital. 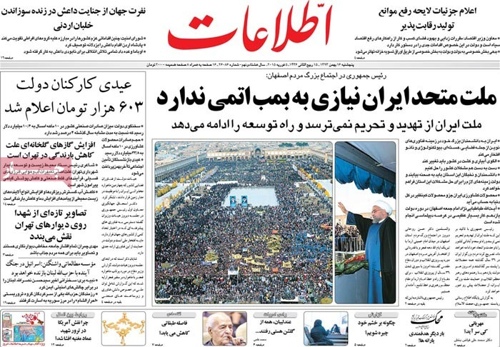 Hemayat: “The bond between politics and religiosity holds the key to the survival of the Islamic establishment,” said Judiciary Chief Ayatollah Sadegh Amoli Larijani.

Hemayat: A number of senior clerics have lashed out at the cultural performance of the government. “The Ministry of Culture and Islamic Guidance has no right to issue permission for events which are in contradiction with Sharia Law.” 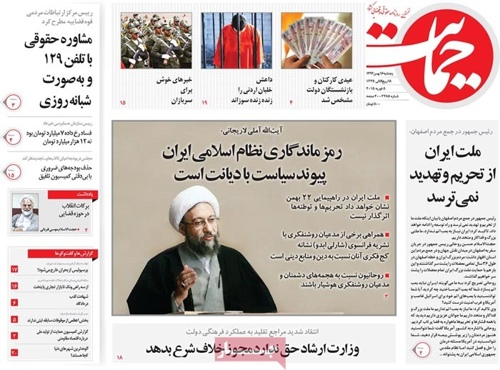 Iran: The barbaric killing of a Jordanian pilot has sparked global outrage at IS. 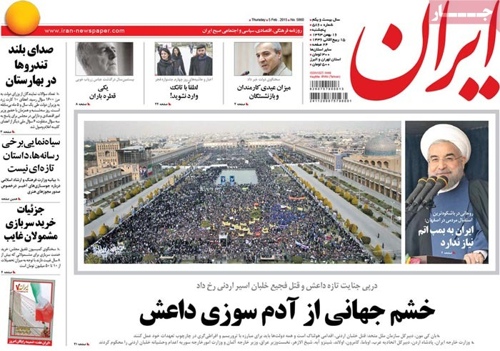 Javan: “Iranian fate should be decided in Tehran, not in London or Washington,” said Gholamali Haddad Adel, [a senior principlist MP and a former parliament speaker]. 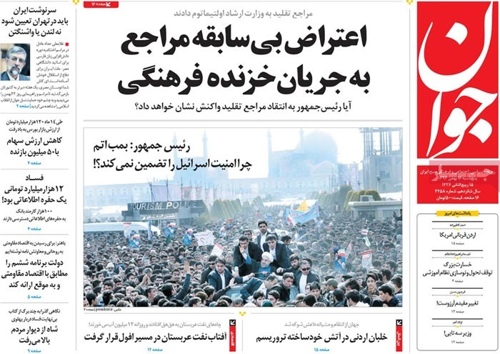 Jomhouri Islami: Iran has strongly condemned the heinous killing of a captive Jordanian pilot at the hands of IS. 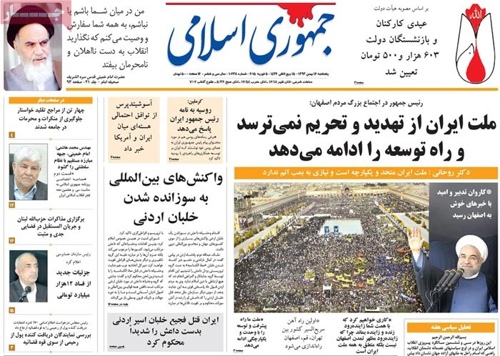 Kaenat: “We are keeping an eye on every move by Takfiri groups,” said the intelligence minister.

Kayhan: The go-ahead of the Ministry of Industries for imports of cigarettes has prompted MPs to summon the minister to parliament to answer some questions. 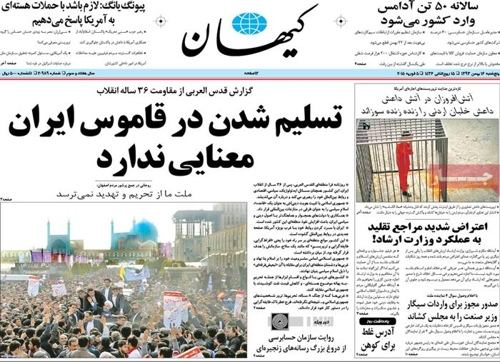 Khorasan: Oil prices have jumped $9 in the recent week. 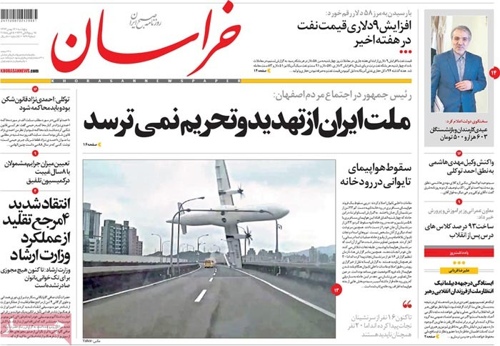 Sharq: “Safe houses are to be set up to settle girls and women who are exposed to violence,” said the deputy director of the Welfare Organization of Iran. 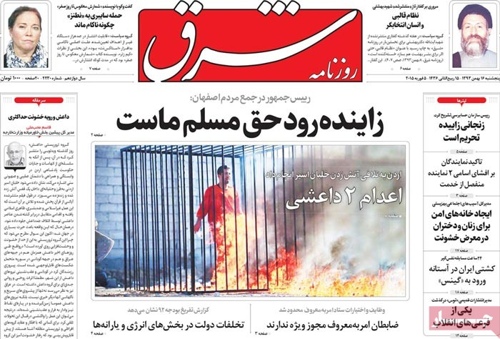 Siasat-e Rooz: “It’s now Saudi Arabia’s turn to show how honest it is,” said the Iranian ambassador to Riyadh. 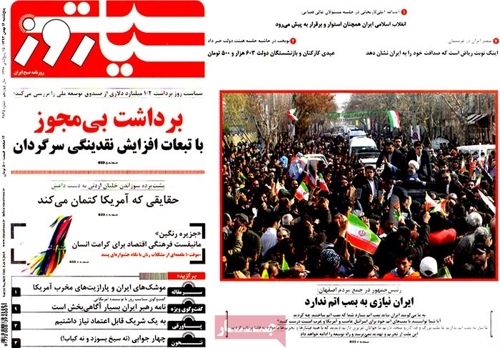