A look at Iranian newspaper front pages on Feb. 4

President Rouhani’s announcement that gaps have narrowed in nuclear talks between Iran and the West dominated the front pages of Iranian newspapers on Wednesday. Also on the covers of dailies were the comments of the economy minister during his appearance in parliament to answer the questions of MPs. Principlist dailies focused much of their front-page attention on the decision of parliament to require the government to scrap the Geneva deal in case any new sanctions are imposed on Iran.

Arman-e Emrooz: “Let the Europeans know that Iran seeks to interact with the whole world,” said the chairman of the Expediency Council at a meeting with visiting former Irish Prime Minister Bertie Ahern.

Arman-e Emrooz: Oman has said that a nuclear deal with Iran is certain to happen. President Rouhani said [after talks with the parliament speaker and the judiciary chief] that gaps between Iran and the West [on the nuclear issue] have narrowed. 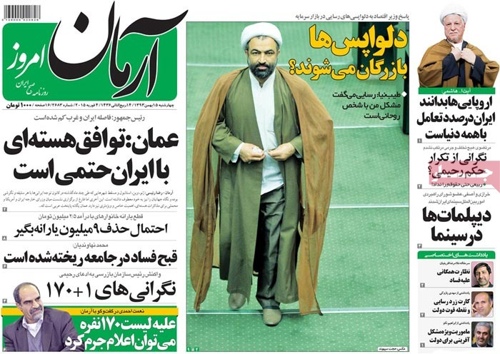 Asrar: “Withdrawal of $1.2 billion was normal and authorized,” said the governor of the Central Bank [in reaction to critics who accuse the government of taking unauthorized money from public funds.] 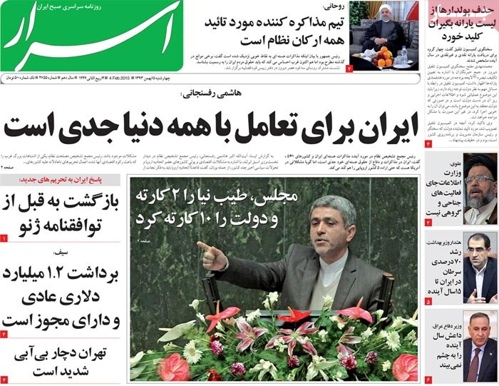 Ebtekar: The cash subsidies of some 9 million high-income individuals are likely to be cut as of next year [starts March 21, 2015]. 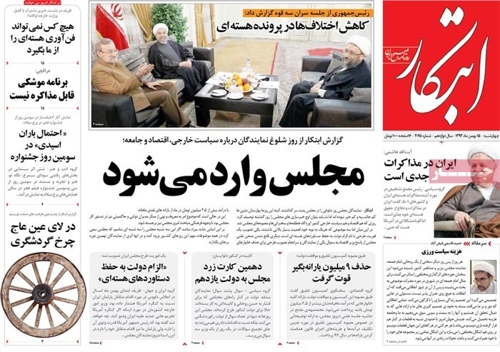 Etemad: “When I attended a session of parliament’s Economic Committee, I was told that Messrs. Rouhani and Zarif are the target, not me,” said the economy minister after being yellow-carded by the chamber. 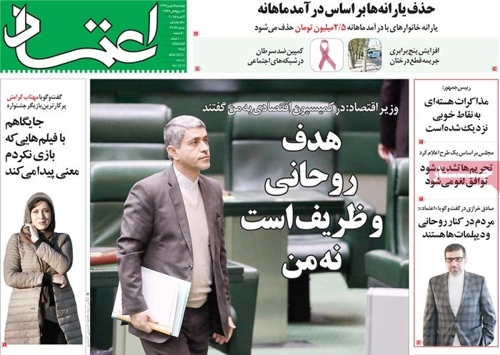 Ettela’at: More than 670 education and sports projects were inaugurated across the nation Tuesday on the third day of ceremonies marking the victory of the Islamic Revolution 36 years ago.

Ettela’at: “Some 220 cancer treatment centers will be set up across the country,” said the health minister.

Ettela’at: An official market where foreign currencies are traded will be set up. 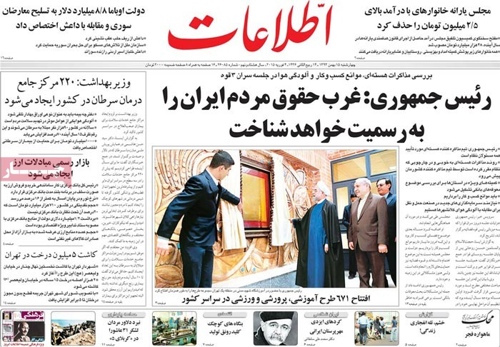 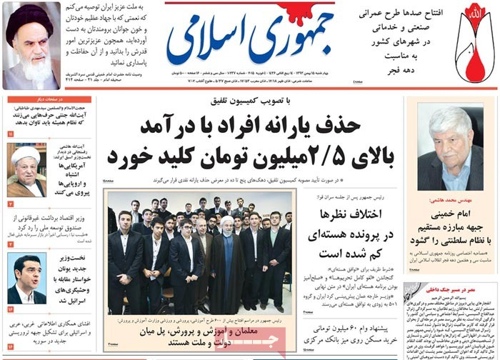 Kayhan: The Islamic Consultative Assembly has conditioned Iran’s acceptance of a comprehensive nuclear deal with P5+1 on removal of all sanctions. 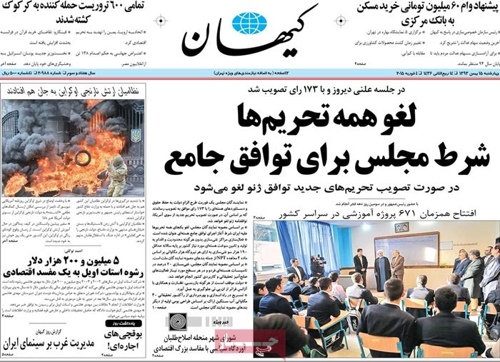 Khorasan: According to a decision by Iranian MPs, in case of new sanctions, the Geneva Deal would be scrapped and enrichment at any level Iran chooses would be resumed. 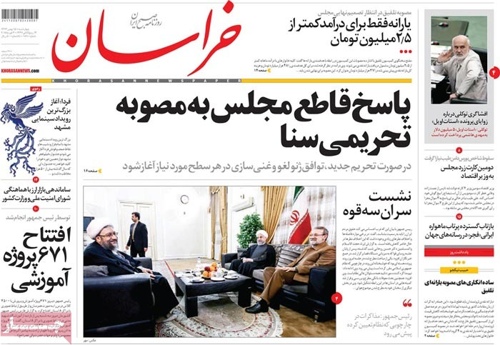 Shahrvand: Iranian Health Minister Hassan Hashemi has warned that the number of cancer patients in the country will register a 70 percent rise within 15 years. 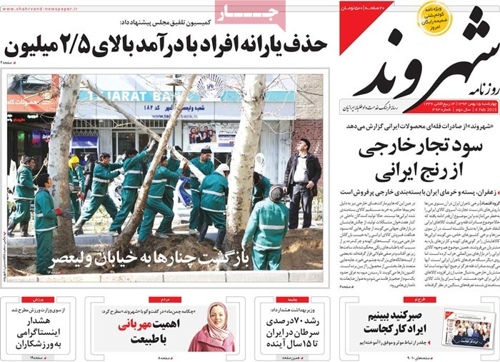 Sharq: The research center of the Guardian Council has said that appointment of Saeed Mortazavi as director of the Social Security Organization and the influence Mohammad Reza Rahimi wielded there were both against the law. 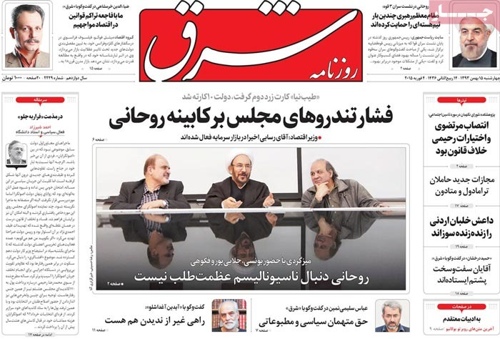 SMT: First Vice-President Eshagh Jahangiri has vowed that hurdles standing in the way of non-oil exports will be removed. 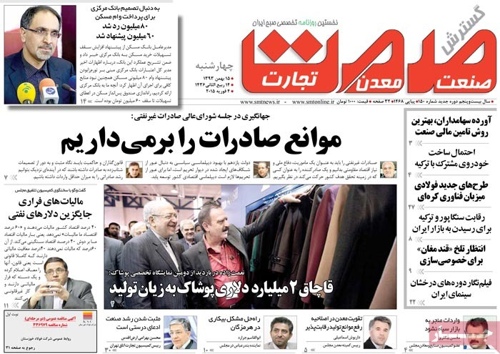