A look at Iranian newspaper front pages on Feb. 15

An Expediency Council decision to ban the military from getting involved in electoral campaigns dominated the front pages of Iranian newspapers on Sunday. Also on the covers of dailies were the comments of the intelligence minister that a terrorist cell has been busted in the southeast.

Abrar: “Iranian tourists face no problem going to Egypt,” said the head of the Egyptian Interest Section in Tehran. 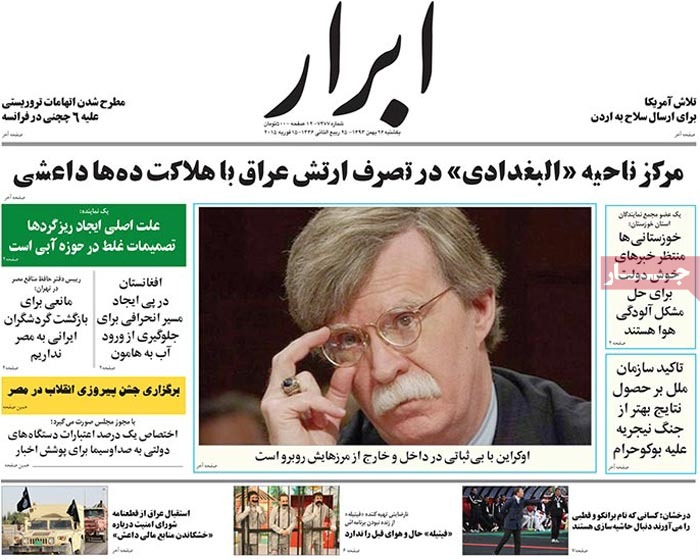 Afkar: “A terrorist cell has been busted in the southeast,” said the intelligence minister. 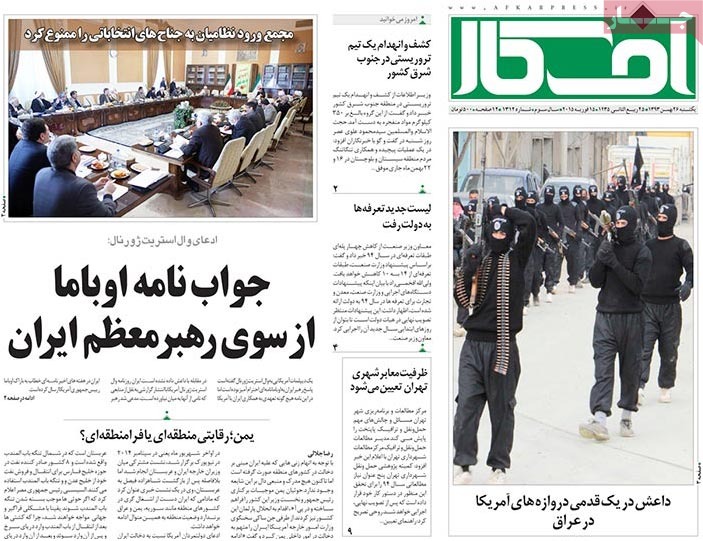 Aftab-e Yazd: “The problem of particulates started some eight years ago,” said Ayatollah Hashemi Rafsanjani [in an indirect swipe at the Ahmadinejad administration]. 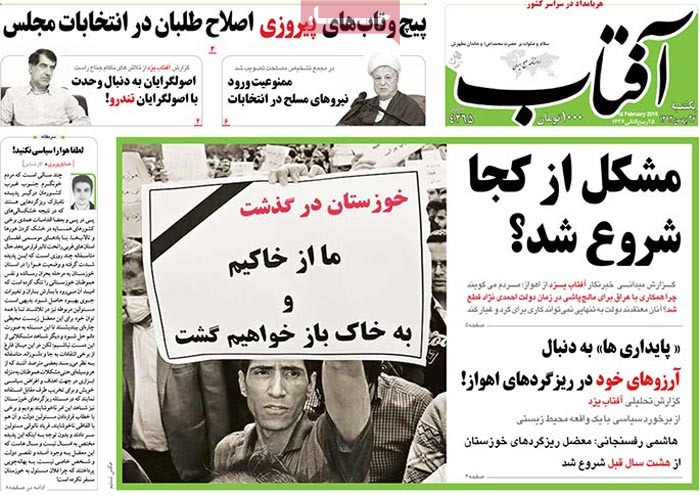 Arman-e Emrooz: Military officials have been banned from factional politics in elections. 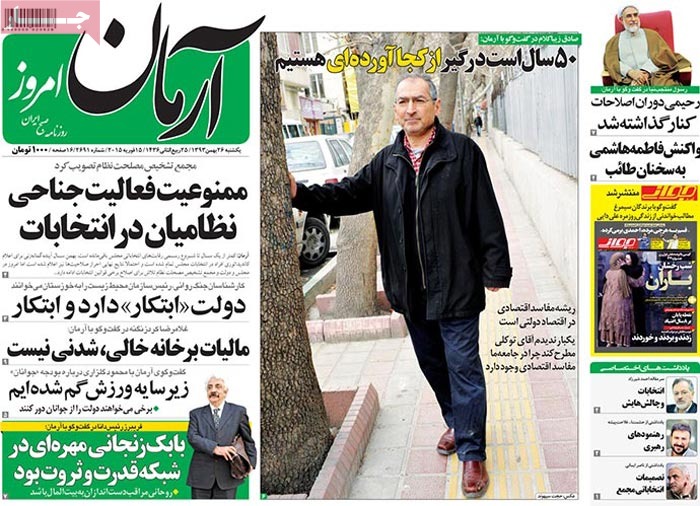 ­­Asr-e Iranian: Each hour the number of addicts increases by three. Female deaths as a result of drug abuse have increased 15 percent. 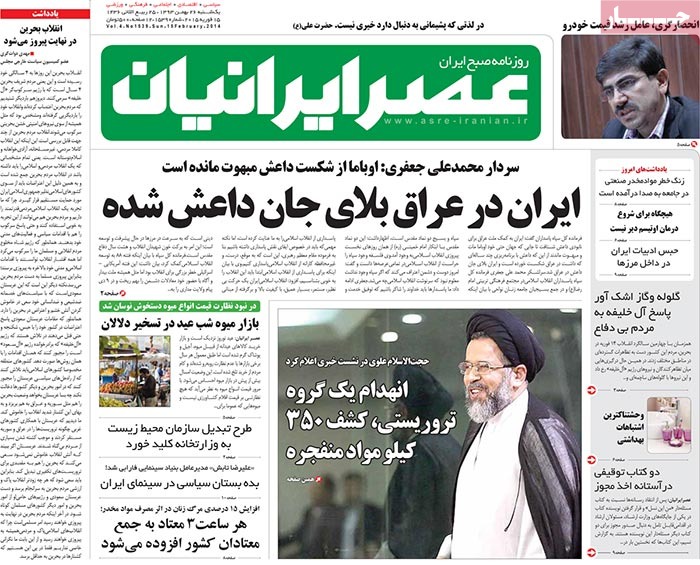 Asr-e Rasaneh: The oil minister has ordered the industry to launch long-term cooperation with universities. 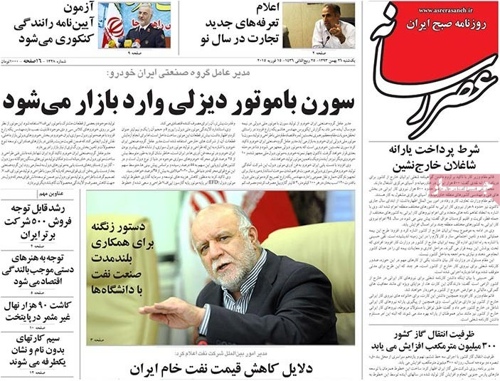 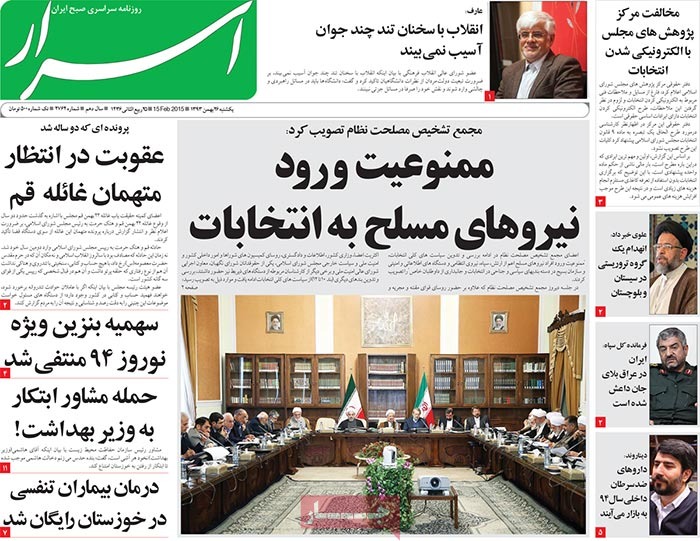 Eghtesad-e Pooya: “Iran has exported $42 billion in non-oil products,” said the head of the Trade Promotion Organization of Iran. 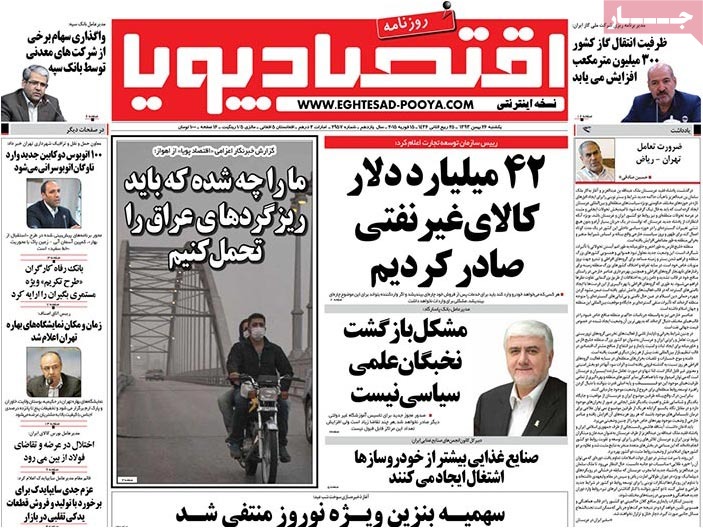 An estimated 11 percent of the metropolitan population lives on the edges of major cities. 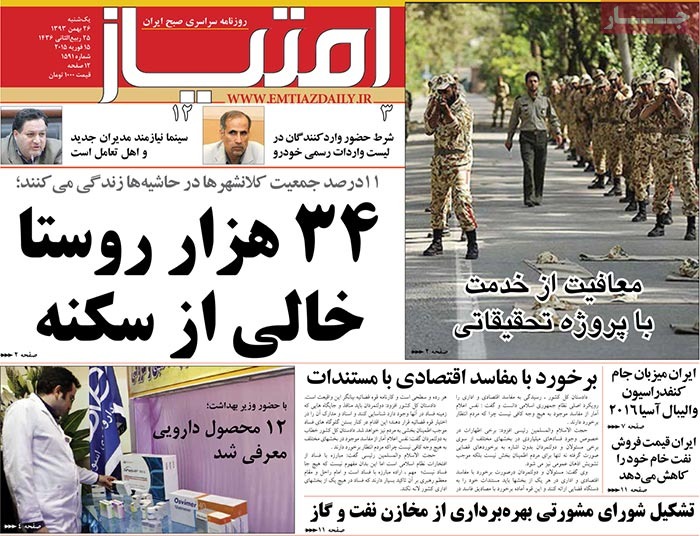 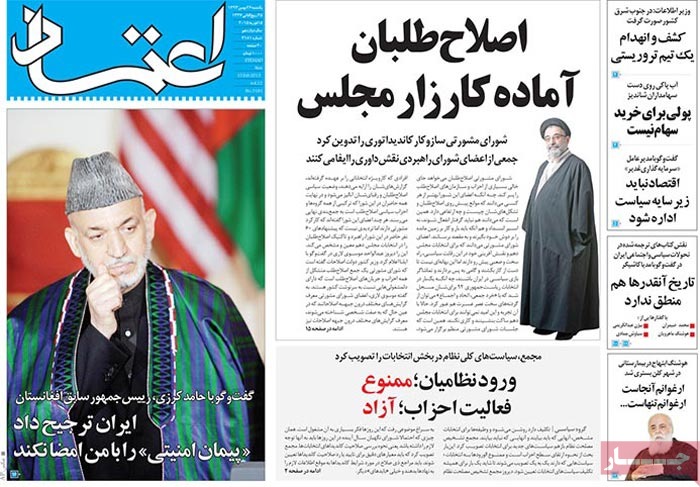 Ettela’at: “IRIG has turned into a nightmare for IS terrorists in Iraq,” said the commander of the Iranian Revolution Guards. 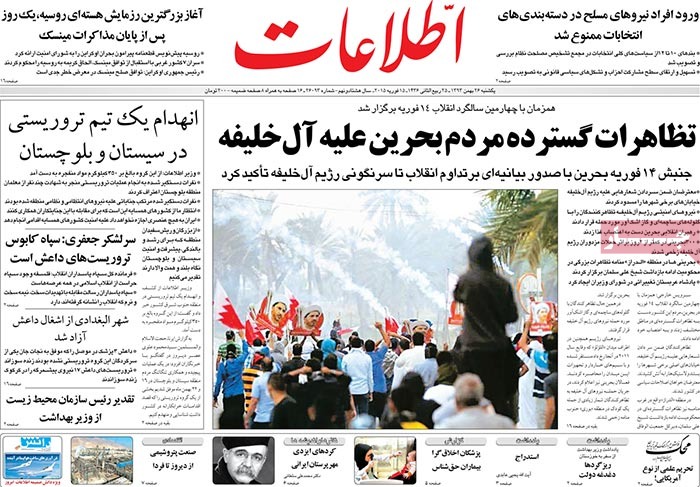 Jomhouri Islami: A first artificial heart transplant in Iran has been conducted successfully. 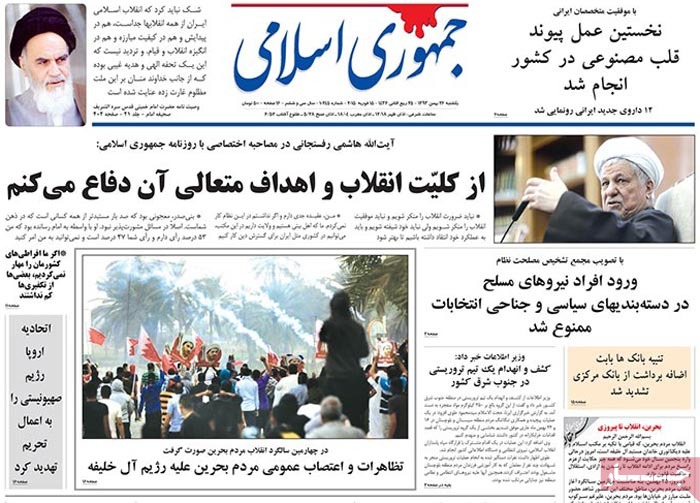 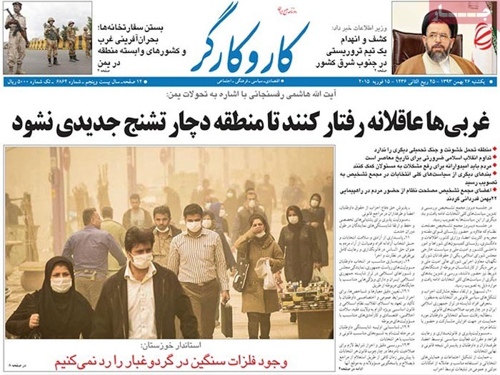 Kayhan: An advisor to the director of the environment organization has criticized the president’s special envoy.

The advisor has said the health minister pops up in affairs which are unrelated to his specialty.

Kayhan: The Education Ministry is offering loans to teachers to visit Antalya, Turkey! 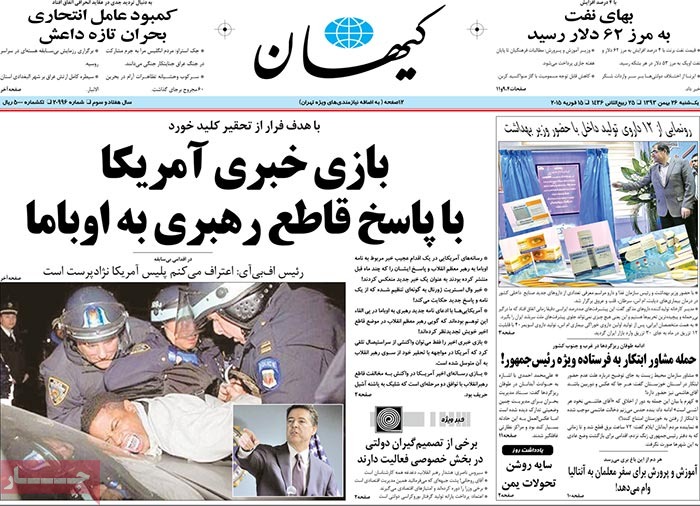 Mardomsalari: In a symbolic move, students have formed a human chain around the Bushehr Nuclear Power Plant to support the Iranian nuclear negotiators. 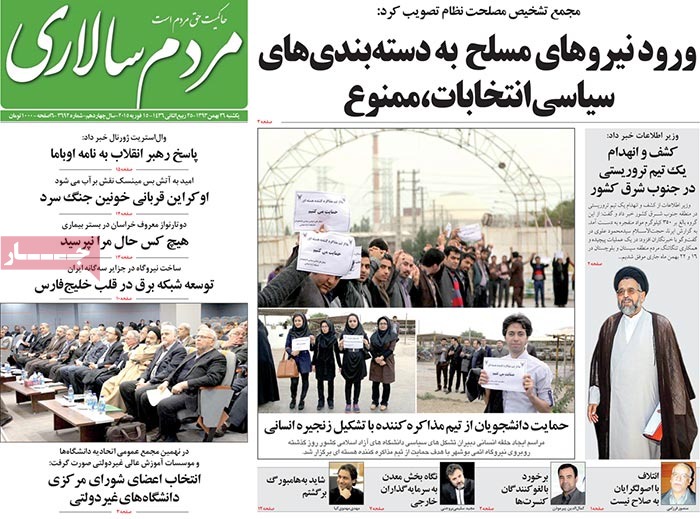 Qods: ”Admitting that 15 million Iranians are not in government databanks is unpleasant,” said a member of parliament.

[The comment came after a government official said the names of millions of people who receive cash subsidies are not in databanks.] 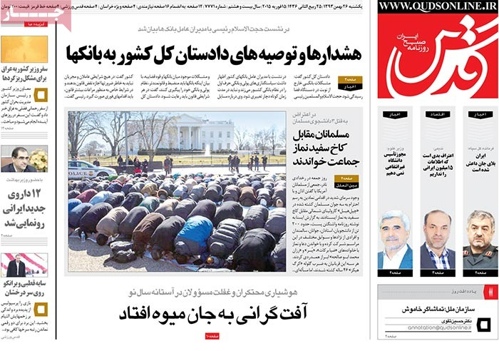 Resalat: “Those who have endangered the country’s security won’t be allowed to run for public office,” said the spokesman of the Guardian Council. 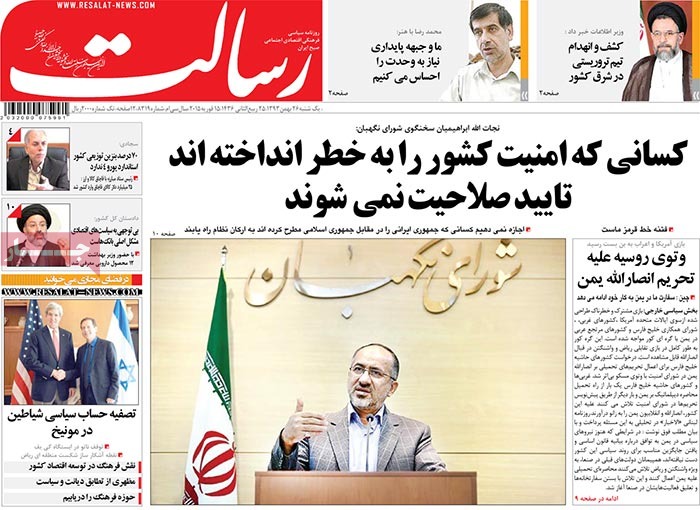 Ruyesh-e Mellat: Following the fall of the Iraqi town of Al-Baghdadi, IS is only a short distance away from a US base. 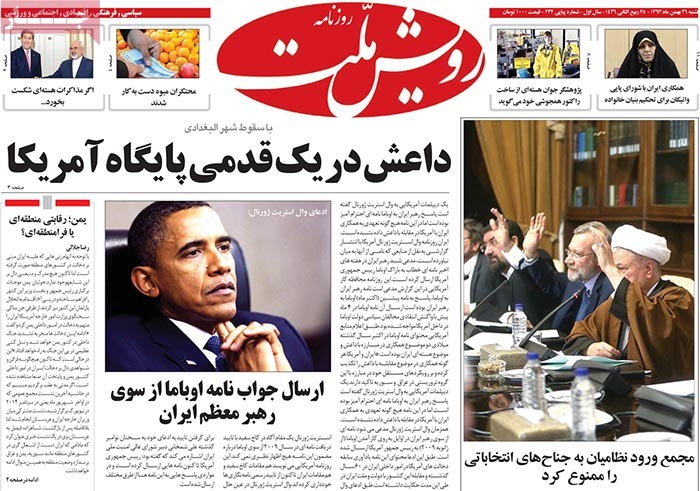 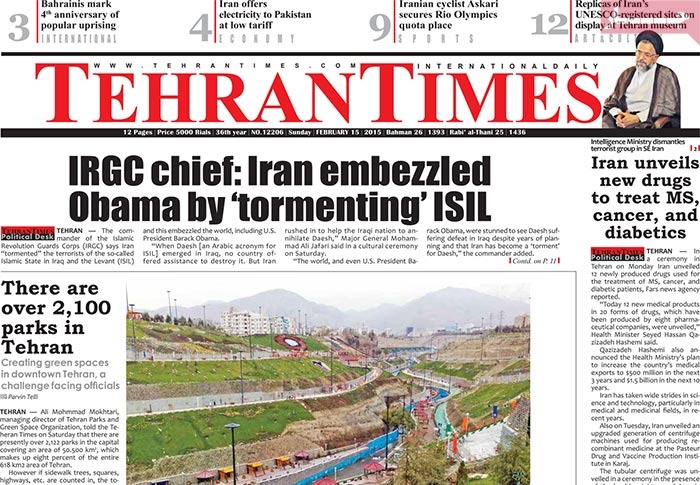