A look at Iranian newspaper front pages on Feb. 10

A call by officials and state institutions on the public to turn out in force for nationwide rallies on Wednesday to mark the 36th anniversary of the Islamic Revolution dominated the front pages of Iranian newspapers on Tuesday. The dust storm that has swept through the country’s southwestern provinces, making daily life difficult for residents, particularly in Ahvaz, and comments by the Russian president on Iran’s entitlement to uranium enrichment also appeared on the cover of dailies.

Abrar: “The Air Force is ready to fend off any threat,” said an Iranian Air Force commander. 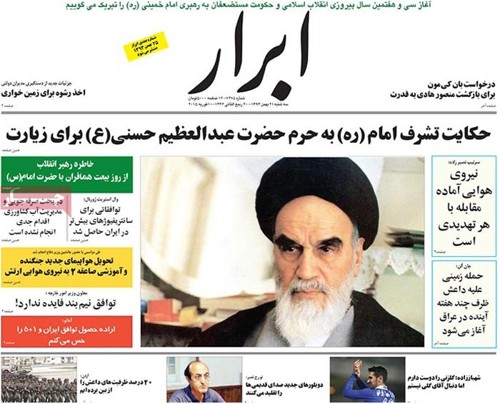 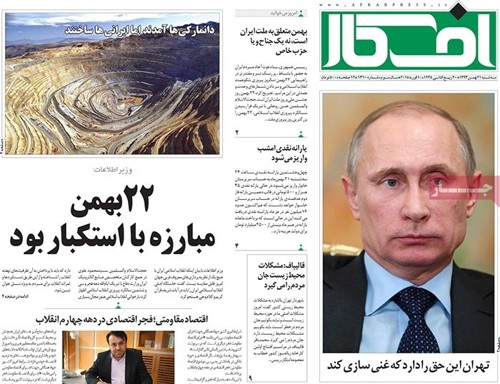 Aftab-e Yazd: “February 11 is a national festivity and belongs to all Iranians,” said the president.

President Rouhani made the comment as he urged all Iranians to take part in Wednesday’s rallies marking the victory of the Islamic Revolution in 1979. 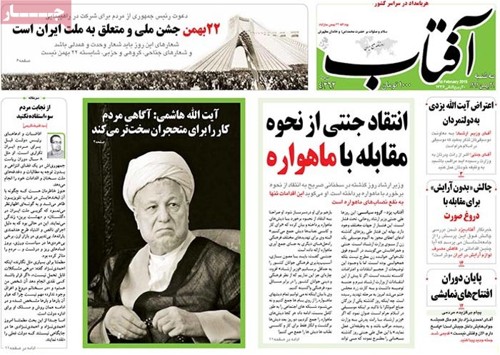 Arman-e Emrooz: Not being hopeful about the future is dangerous

The corruption charge of Mohammad Reza Rahimi, who served as vice-president under Ahmadinejad, has been upheld by the Supreme Court. He has been sentenced to more than five years in prison. 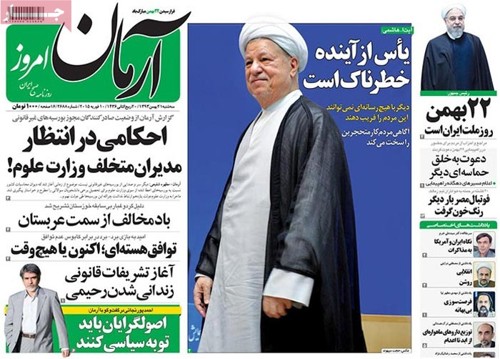 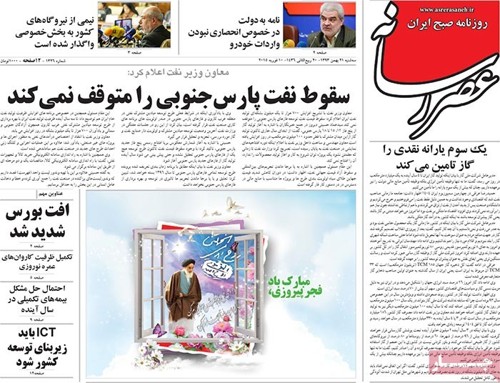 The minister of culture and Islamic guidance made the comment as he and a number of other cultural officials watched the movie during a special screening on Monday. 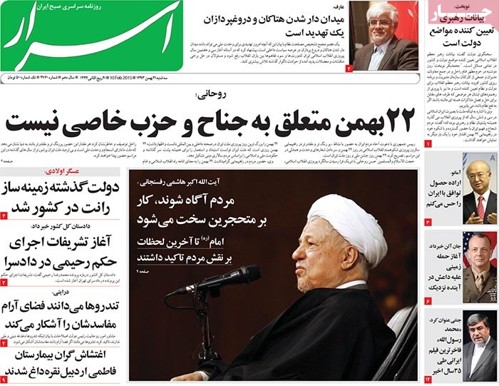 Emtiaz: Authorities have warned the capital will face a water crisis in the summer. 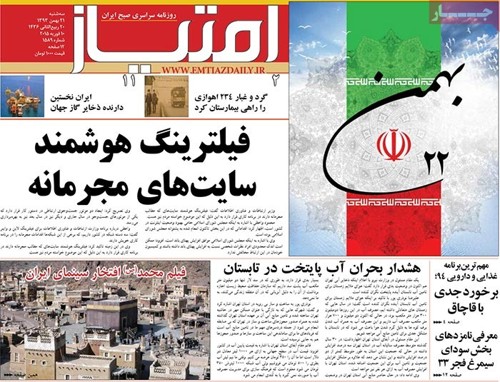 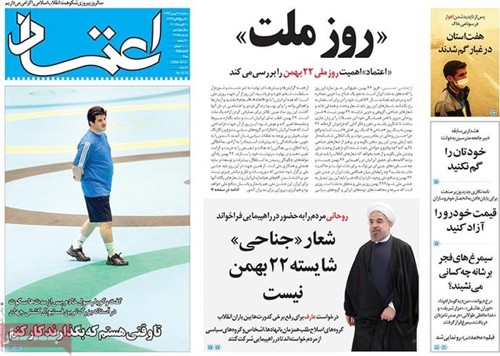 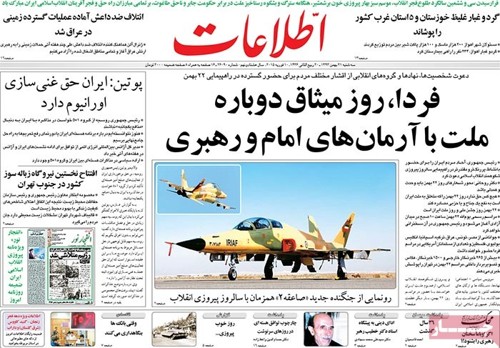 Hambastegi: “Inflation is the biggest problem and needs to be contained,” said Vice-President Eshagh Jahangiri. 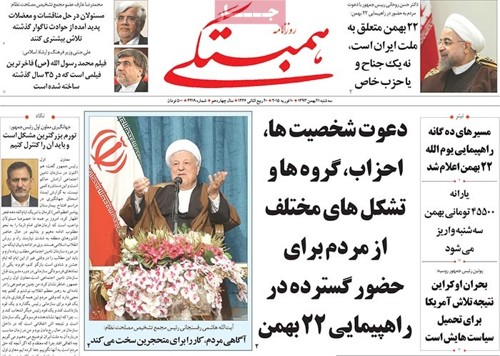 Jomhouri Islami: “Some 25,000 villages will have access to the Internet,” said the communications minister. 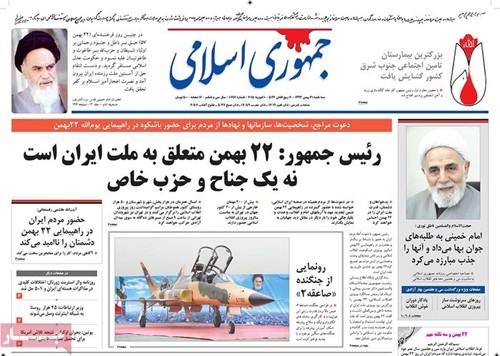 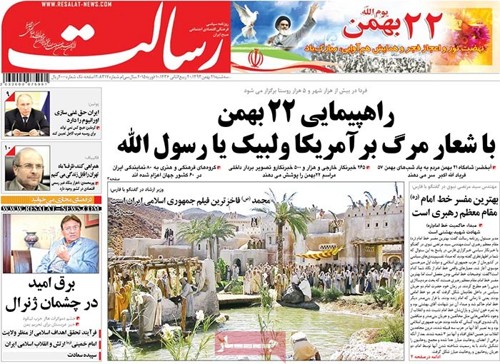