A look at Iranian newspaper front pages on Dec. 28

Most Iranian dailies on Sunday led on the government’s reaction to allegations that it has illegally withdrawn $4.1 billion from the Foreign Exchange Reserve Fund. The government insists that there has been no such withdrawal. Some MPs, among them a principlist heavyweight Ahmad Tavakoli, say the report by the Supreme Audit Court is compelling enough that the fund has been tapped. Images of major war games by the Iranian Army in the south and news about Russia’s new military doctrine appeared on the front pages of several dailies too.

Abrar: “Up to 40 percent of street children are HIV-positive,” said the founder of the Society for the Protection and Assistance of Socially Disadvantaged Individuals. 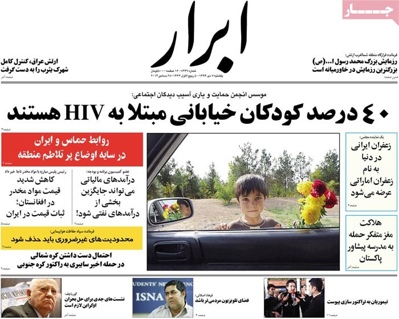 Afarinesh: President Rouhani has ordered the reinstatement of the Management and Planning Organization.

Afarinesh: The government has denied reports that it has withdrawn money from the Foreign Exchange Reserve Fund. 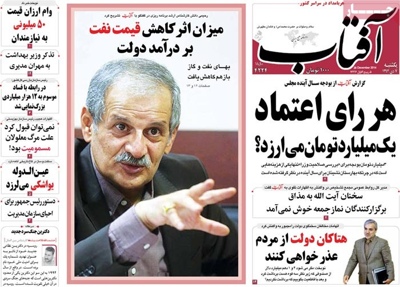 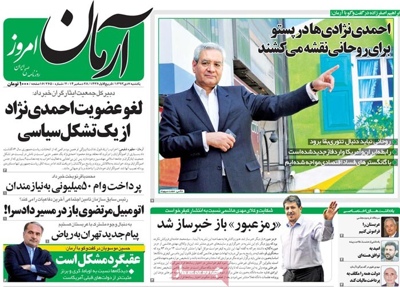 Asrar: “Human rights have turned into a tool in the hands of the West,” Iranian Foreign Minister Mohammad Javad Zarif said at a meeting with his Belorussian counterpart.

Asrar: The new president of the Islamic Republic of Iran Broadcasting has appointed a female vice-president for the national broadcaster. 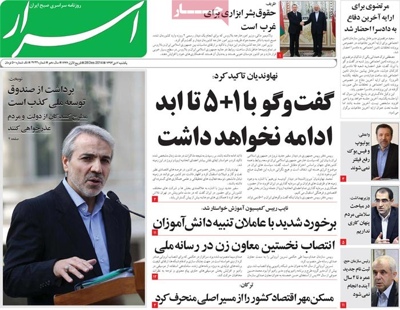 Etemad: [Principlist MP] Ahmad Tavakoli has accused the government of acting against the law. In reaction the government spokesman has urged those who have made the “false accusations” to apologize to the government and the public. 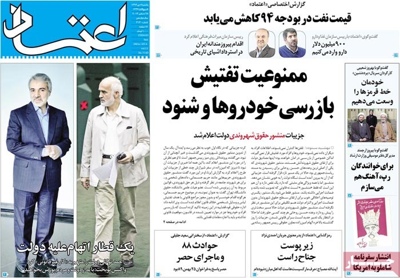 Ettela’at: “Some 55 percent of Iranian people are under 30 years of age,” said the director of the National Organization for Civil Registration. Hemayat: Bahraini people have staged a massive demonstration against the country’s rubberstamp parliament. Javan: The Russian President has signed a new military doctrine which lists NATO as a major foreign threat to the Russian Federation. 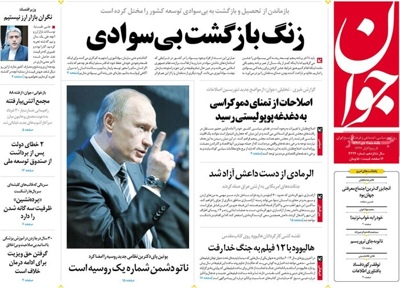 Jomhouri Islami: The Iraqi army has liberated the town of Ramadi.

Jomhouri Islami: Former US President Jimmy Carter has described the policy to impose sanctions on nations as inefficient. 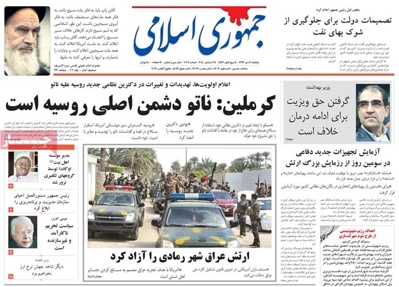 Kaenat: The first vice president said the government has made arrangements to prevent an oil shock. Kayhan: An investigation has been launched into the performance of mobile phone operators. 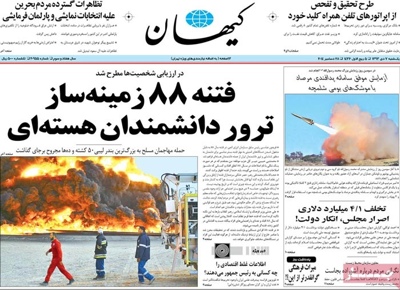 Mardom Emrooz led on an exclusive about Iran-Saudi ties. Less than a week ago Iran sent a message to the Saudi government, calling for understanding on regional issues, nuclear talks and oil prices. 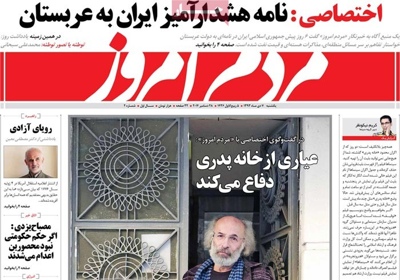 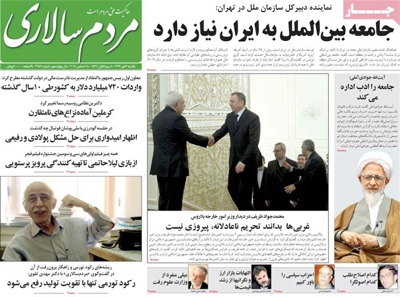 Resalat: “A decree by the Supreme Leader stopped the execution of the seditionist leaders,” said Ayatollah Mesbah Yazdi. Sayeh: “Despite a drop in oil prices, the government is not worried about next year’s budget,” said the economy minister. Sharq: Next year’s spending package envisions a 120 percent rise in the budget of state hospitals. 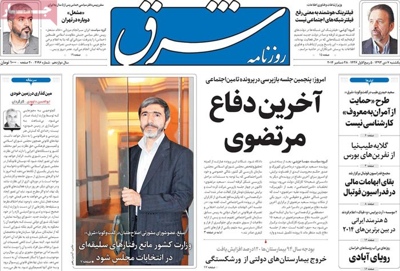 Taadol: The new head of the Securities and Exchange Organization of Iran has said he would continue the policies adopted by his predecessor. 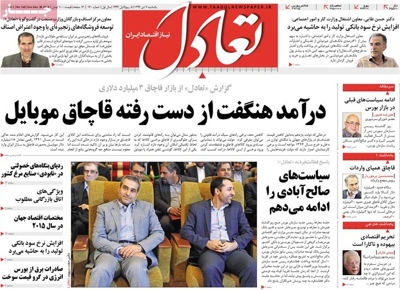 Vatan-e Emrooz: The former director of the Atomic Energy Organization of Iran has said that the 2009 sedition [unrest caused in the wake of presidential elections] paved the way for the assassination of Iranian nuclear scientists. 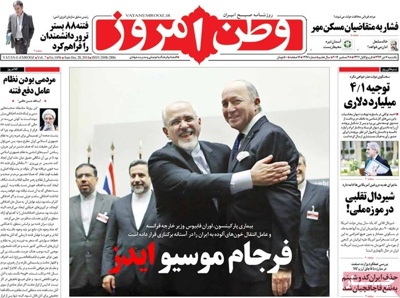