A look at Iranian newspaper front pages on Dec. 27

The military maneuvers of the Iranian Army in the south dominated the front pages of the dailies on Saturday. The comments of Seyyed Hassan Khomeini, the grandson of the founder of the Islamic Republic, on respect for veteran revolutionaries and the political ideals of the establishment made headlines too. Also in the news were the remarks of the director of the National Organization for Civil Registration about the country’s demographics. 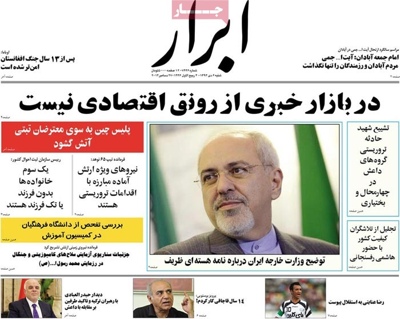 Afarinesh: “Western classification of terrorists as violent or moderate is a major mistake,” said Iranian Parliament Speaker Ali Larijani on a visit to Iraq. 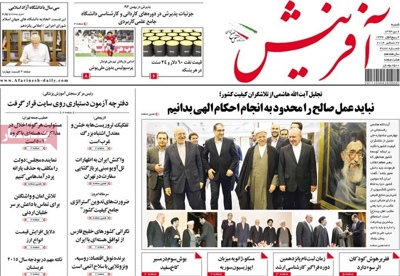 Aftab-e Yazd: “Overcoming political deprivation is a cause of the revolution,” said Seyyed Hassan Khomeini, the grandson of the founder of the Islamic Republic.

Aftab-e Yazd: “Family planning runs counter to the principles of the Koran,” said Mohsen Ghara’ati, who runs the Center for Promotion of Prayer. 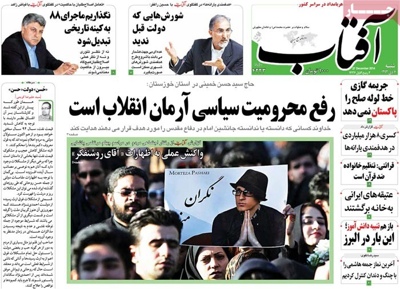 Arman-e Emrooz: “Jurisprudents are not here to impose restrictions on the public,” said Chairman of the Expediency Council Akbar Hashemi Rafsanjani.

Arman-e Emrooz: “I have no personal motivation to be active in politics,” said former President Mahmoud Ahmadinejad. 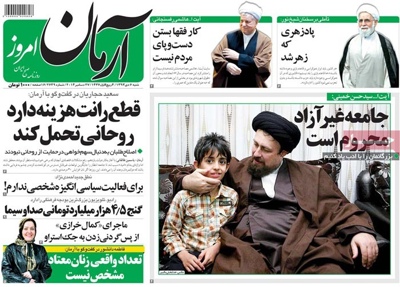 Asrar: “We will require the government to cut the cash subsidies of high-income individuals,” said an MP. 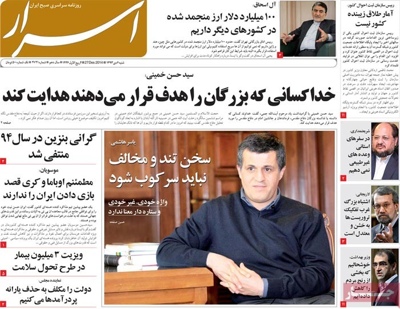 Ebtekar: The Internet bandwidth will see a ten-fold growth within the next three months. 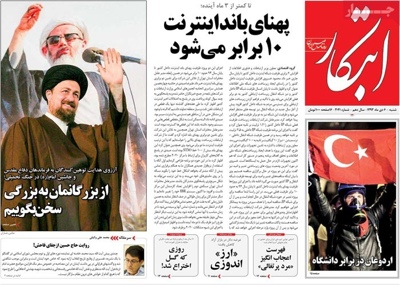 Emtiaz: As many as 349 antique artifacts belonging to Iran were returned to Iran from Belgium.

Emtiaz: “[The content of] all social networking sites will be subject to smart filtering,” said the minister of telecommunications and information technology. 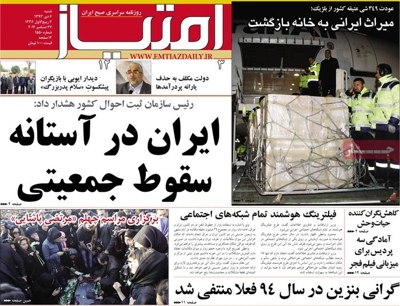 Ettela’at: The Iranian Army’s capabilities are on display in military exercises code-named Mohammed the Messenger of God in the south.

Ettela’at: “An establishment where people have to pay a price for expressing their ideas is not up to par,” said Seyyed Hassan Khomeini, the grandson of the late Imam Khomeini. 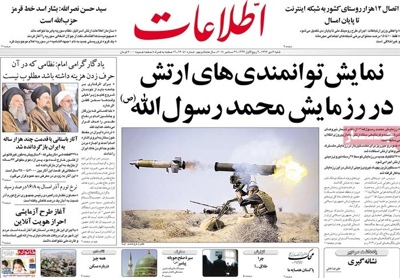 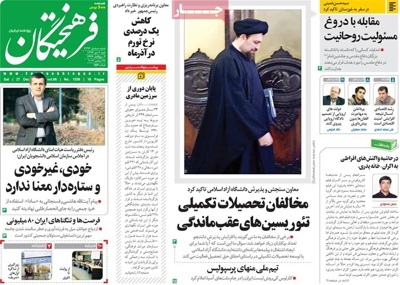 Hemayat: As many as 681 death-row inmates have been forgiven by the victims’ families over the past 21 months. 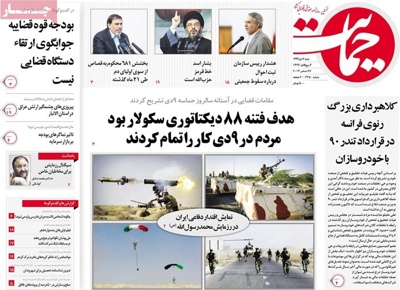 Jamejam: As many as 500 tax-evading companies have been identified in Iran and the cases of 300 more are under review,” said the president of the Iranian National Tax Administration. 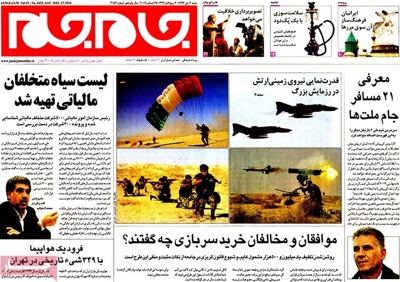 Javan: “Childless and single-child families account for one-third of Iranian households,” said the director of the National Organization for Civil Registration. 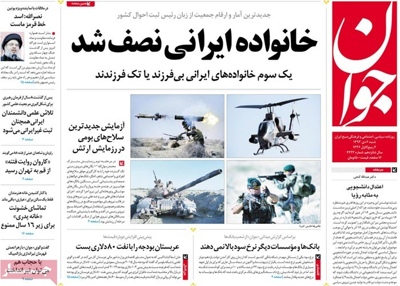 Resalat: Ali Akbar Velayati, an advisor to the Supreme Leader and a former foreign minister, has said that [representatives of P5+1] who are negotiating with Iran [over its nuclear program] have no leeway in the talks. 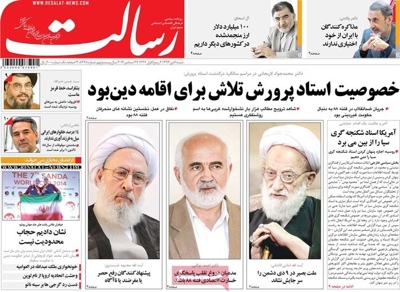 Shahrvand: “A society which lacks freedom is a deprived society,” stressed the grandson of the founding father of the Islamic Republic. 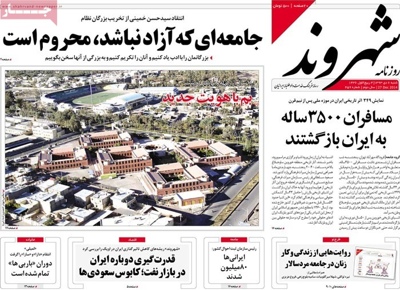 SMT: Iran has only a 0.5 percent share of the global trade in halal products. 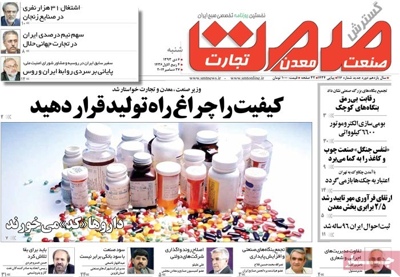