A look at Iranian newspaper front pages on Dec. 25

The front pages of Iranian newspapers on Thursday were dotted with comments of senior officials. In a speech in Birjand, the provincial capital of South Khorasan, President Rouhani defended the performance of his government and said the economy is back in positive territory. In Tehran, the judiciary chief dismissed allegations of mass, secret executions in Iran as fabrications. His comments came in response to a recent adoption of an anti-Iranian rights resolution at the UN General Assembly. In Baghdad, the top parliamentarian told the Iraqi president that Iran stands by the Iraqi people as they try to get rid of terrorists. And last but not least, Foreign Minister Mohammad Javad Zarif, in a letter to his counterparts around the world, said Iran agrees to just proposals, but won’t cave in to illegitimate demands.

Abrar: “The anti-IS coalition is not working miracle,” said the Iranian parliament speaker at a meeting with the Iraqi president. 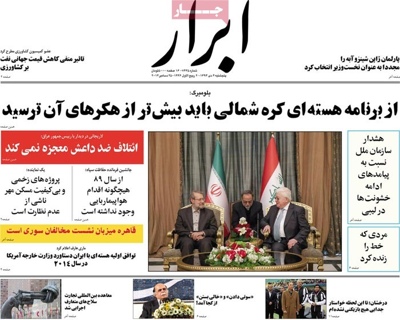 Abrar-e Eghtesadi: A number of MPs have floated the idea of a twofold increase in cash subsidies offered to low-income families.

Abrar-e Eghtesadi: “Iran’s economy posted 4 percent growth in the first half of the year [started March 2014],” reported the Central Bank of Iran.

Abrar-e Eghtesadi: A Belgian trade delegation will pay a visit to Iran. 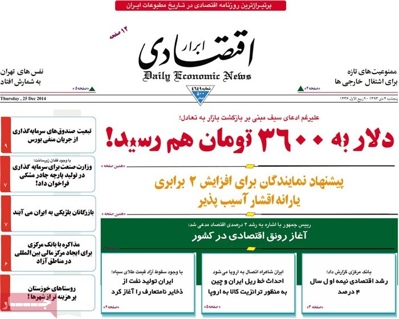 Aftab-e Yazd: Some law enforcement missions have been put on hold due to budgetary problems.

Aftab-e Yazd: The number of divorces in Iran has posted an 8.2 percent increase [in the first nine months of the year]. 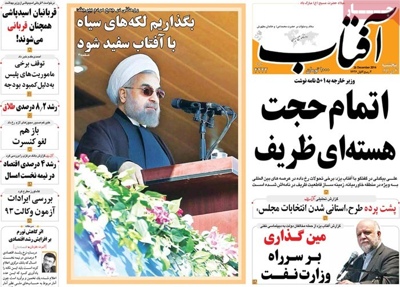 Donyay-e Eghtesad: “Too much interest in continued sanctions [against Iran] has created an obstacle in the way of clinching a nuclear deal,” the Iranian top diplomat said in a letter to foreign ministers of several countries. 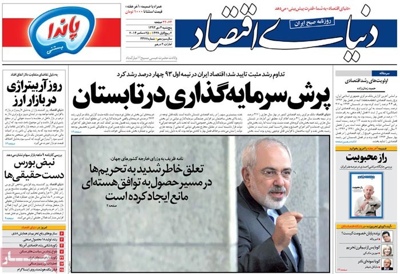 Ebtekar: In a letter to his counterparts around the world, the Iranian top diplomat has said, “Tehran won’t give in to illegitimate and humiliating demands.”

Ebtekar: President Rouhani has defended the performance of his government during its 16 months in office. “Economy has grown at a 4 percent rate in the first half.” 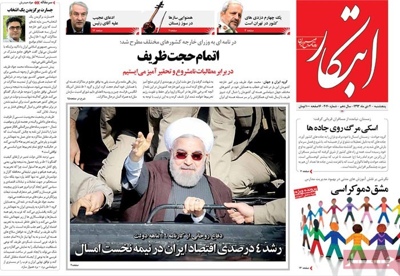 Ettela’at: “Removal of sanctions should be at the center of any deal between Iran and P5+1,” said Iranian Foreign Minister Mohammad Javad Zarif in a letter to his counterparts around the world.

Ettela’at: “Iran stands by Iraq in the fight against IS,” Speaker of the Islamic Consultative Assembly Ali Larijani told Iraqi President Fuad Masum. 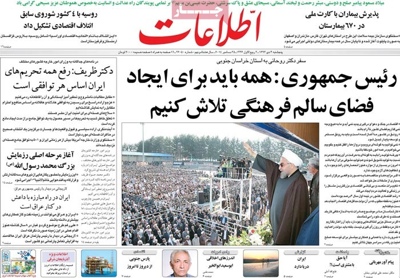 Hemayat: American-style human rights; the killings of black men at the hands of police continue. 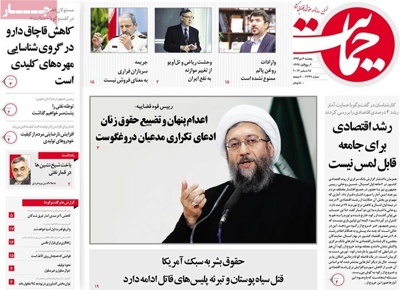 Javan: Saudi Arabia seems content with the $300 billion in losses it has suffered as a result of a recent freefall in crude prices! 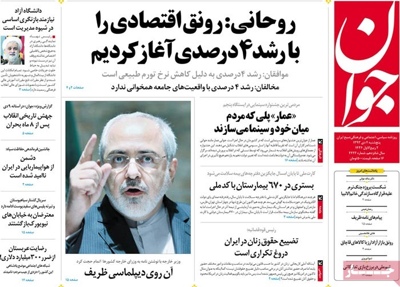 Jomhouri Islami: The Iraqi president has said at a meeting with Ali Larijani that Iran was the first country to support Baghdad when IS terrorists launched an assault on his country. 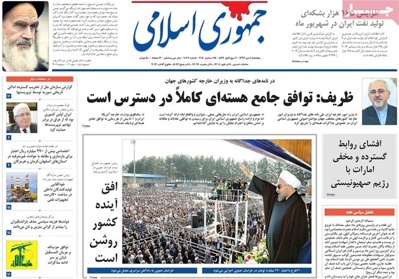 Kaenat: The Iranian intelligence minister has said three IS members have been arrested in Iran. 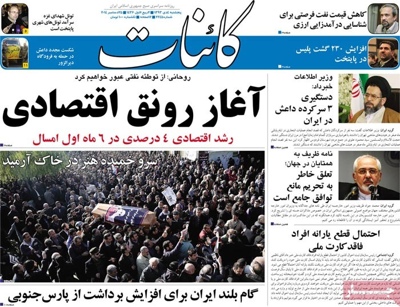 Kayhan: The Iranian parliament speaker, in Baghdad on a state visit, called for closer cooperation between Iran and Iraq in response to Saudi oil plots. 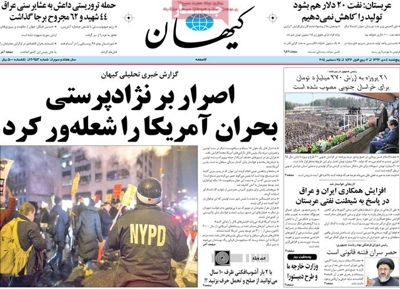 Mardomsalari: IS terrorists have shot down a coalition fighter jet, taking its Jordanian pilot captive.

Mardomsalari: “Iran accounts for some 85 percent of opium seizures around the world,” said the deputy chairman of Iran Drugs Control Headquarters. 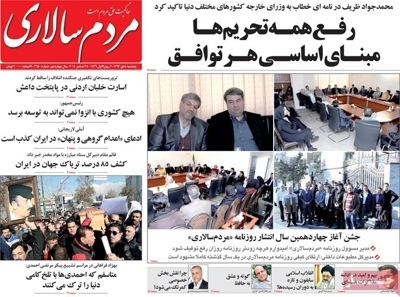 Resalat: “Some [Iranians] are joining the enemy in questioning the usefulness of nuclear technology,” said the Iranian judiciary chief. 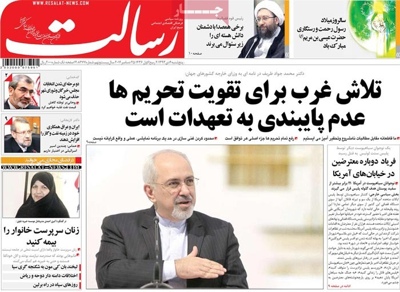 Shahrvand: “The number of people who die of [over-consumption of] salt is more than those who die of heroin. As many as 47 million Iranians have an unhealthy diet,” said the Iranian deputy health minister. 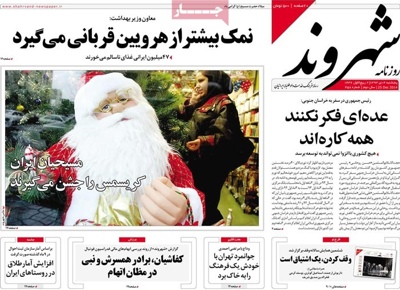