The comments of the secretary of the Supreme National Security Council about nuclear talks and ties with the United States dominated the front pages of many Iranian newspapers on Wednesday. The three-leg regional tour of the speaker of the Islamic Consultative Assembly that has taken him to Syria, Lebanon and Iraq where he took up regional questions as well as issues of mutual interests with senior officials also appeared on the front pages of dailies. Also in the news was the ruling by a Belgian court that will eventually see the return to Iran of historical items dating back 4,000 years. 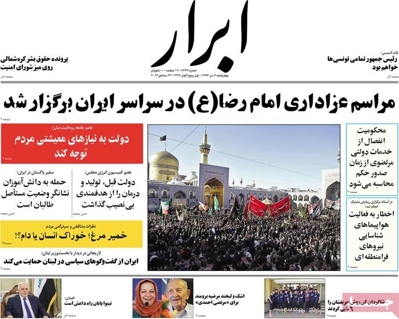 Abrar-e Eghtesadi: A ban has been imposed on imports of palm oil. [It came after the use of palm oil in a number of dairy plants caused quite a stir in the country earlier this year.]

Abrar-e Eghtesadi: The economy minister has said interest rates will be cut next year. His comments came less than a week after the Central Bank decided to raise interest rates on 6- and 9-month accounts. 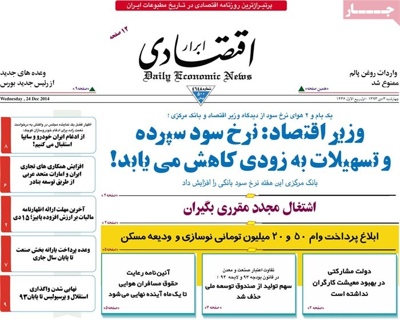 Aftab-e Yazd: “Old age was not the only determining factor in the Guardian Council’s decision to disqualify Hashemi Rafsanjani [when he wanted to run for president in 2013],” said former spokesman of the council Abbasali Kadkhodaei. 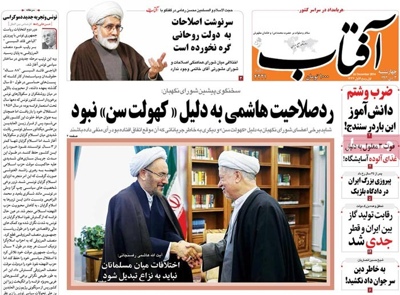 Arman-e Emrooz: The justice minister has reported corruption to the tune of 700 billion rials (almost $23 million) in a bank. “So far we have been unable to discover all the assets of Babak Zanjani [who stands accused of massive corruption],” Mostafa Pourmohammadi said. 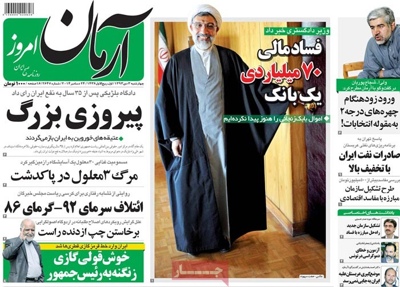 Ebtekar: “The Supreme Leader does not seek to bring nuclear talks to a halt,” said Ali Shamkhani, the secretary of the Supreme National Security Council. 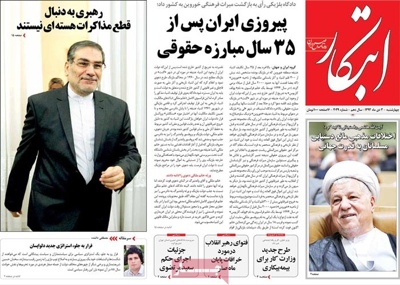 Emtiaz: Following a drop in precipitation levels this year, the threat of drought looms in 20 provinces across the nation. 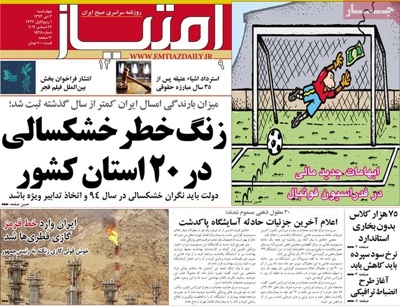 Etemad: Roozan daily has been banned.

Etemad: Saudi Arabia has dropped an oil bombshell by saying it wouldn’t cut crude production even if prices fell to 20 dollars a barrel. 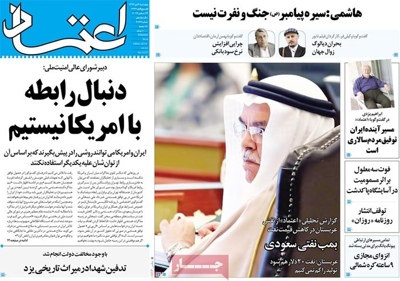 Ettela’at: IS terrorists have suffered back-to-back defeats following an Iraqi army offensive in the north. Farhikhtegan: A bill that envisions punishment for students who cheat in writing their dissertations has been presented to the Cabinet. Hambastegi: “Differences of opinion among Muslims should not snowball into conflicts,” said Chairman of the Expediency Council Akbar Hashemi Rafsanjani. 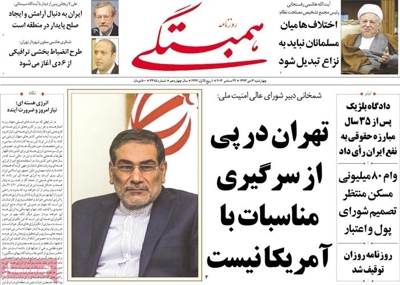 Hemayat: “Iran does not seek to resume diplomatic ties with the United States,” said Secretary of the Supreme National Security Council Ali Shamkhani. Iran: New arrangements to allow Iranian male expats who have not completed their military duty to pay fines instead is a major step that facilitates the return home of the elite. 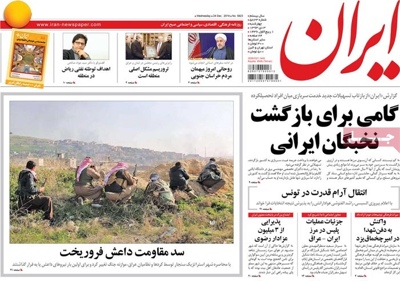 Kayhan: The Iraqi army has taken over the road IS militants use to travel back and forth between Iraq and Syria. 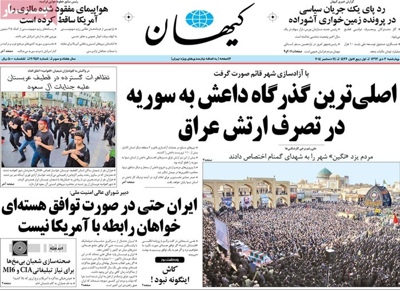 Qods: A Russian team seeks the signature of the captain of the Iranian national volleyball team. Saeed Marouf has been offered an astronomical figure.

Qods: Iran has warned foreign surveillance aircraft ahead of a major military maneuvers it will hold in the south. 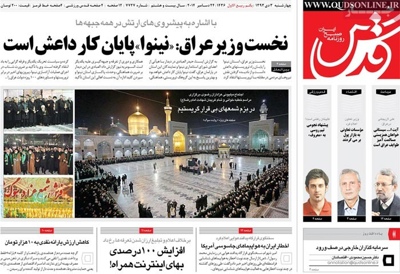 Resalat: Abbasali Kadkhodaei, an advisor to the secretary of the Guardian Council, has called for designation of a court to hear the cases of Mousavi and Karroubi [two candidates who disputed the results of the 2009 presidential elections and caused unrest]. SMT: The budget allocated to the mining sector is to increase by 50 percent.